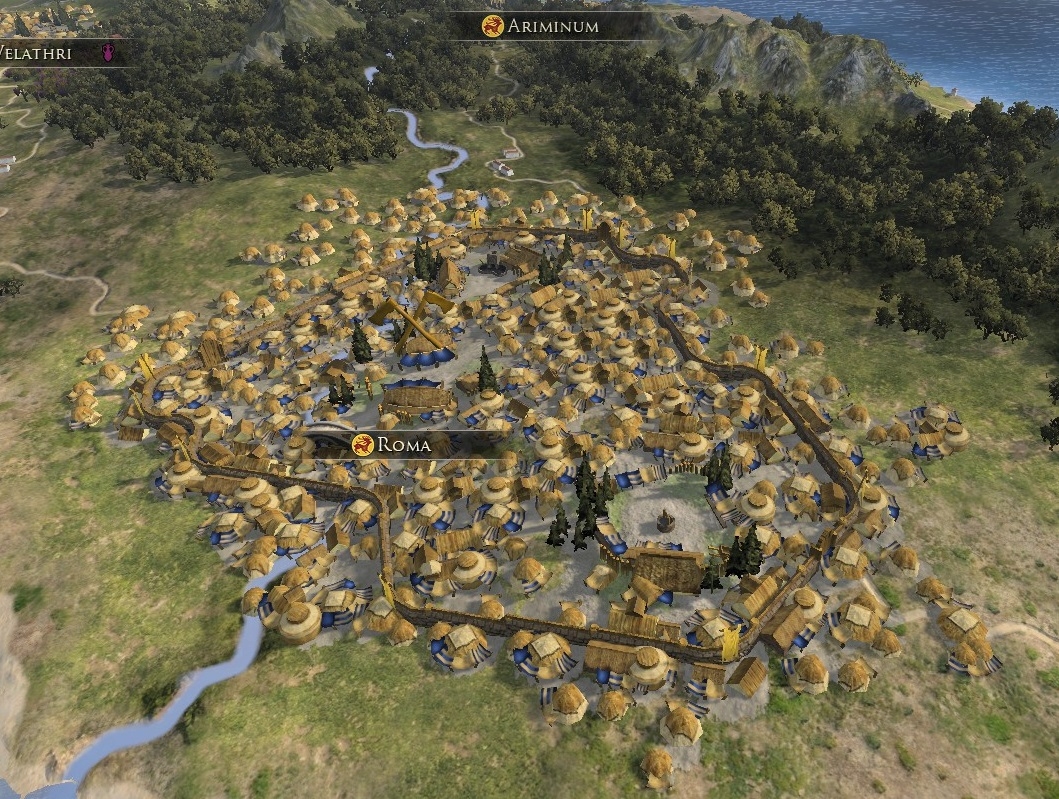 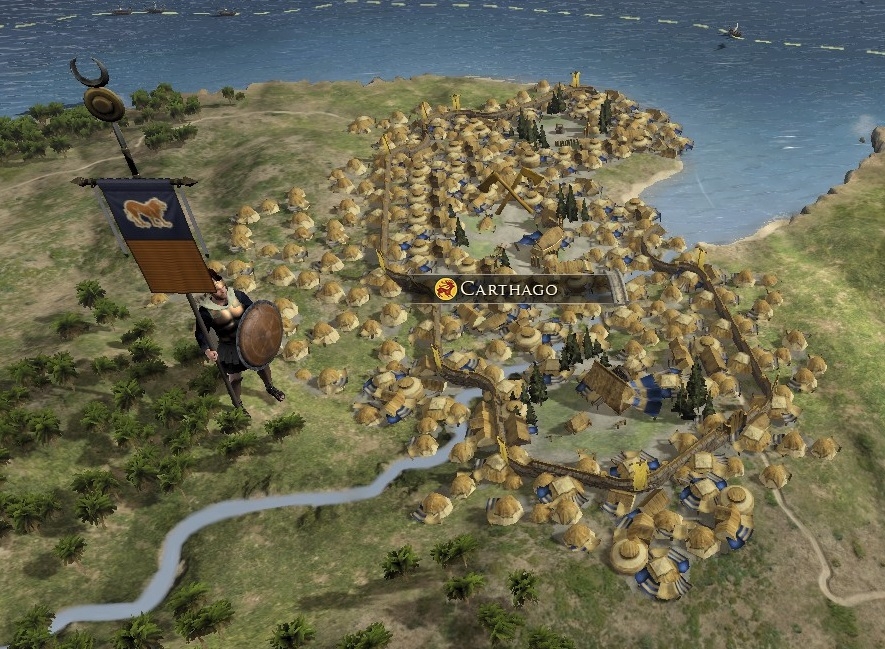 These cities were some of the most important settlements in the world and now they are nothing more than an agglomerate of tents. If you fight a battle in those cities, the game uses a "generic" barbarian city model.
The developers made a great effort in creating unique cities for the campaign map and it’s frustrating not being able to fight in those battle maps just because a faction with a different culture conquered them before of you.
So, I suggest that the unique cities of the campaign (Rome, Carthage, Alexandria, Athens, Seleucia and Pergamon) should never change culture, even if they are conquered by a faction from a different culture.

An extended version of this idea could be applied to Barbarians. Why would barbarians want to destroy houses made of stone to live in a tent? Historically, when barbarians invaded the Roman Empire, they adopted some elements of Roman culture. So, barbarians could have an option that would allow them to ”civilize” themselves when they conquer civilized factions. This option should, at least, allow them to improve the main building chain of civilized factions, without converting it into a city of tents. Further features could be included, such as the recruitment of units from the civilized nation previously conquered or even the possibility for barbarians to change culture (barbarians factions become hybrid factions)
I love CA Sofia
Boicote's mods for Total War: Rome II
Post edited by Boicote on July 2018
Flag 2 · 2Like