epic_1597336088109yK0jpF Senior MemberRegistered Users Posts: 855
July 2018 in Ancestral Update Support
It's been a problem since the new transport ships models were added a while back, where the hitbox of the transport ships does not match the mesh, so the hitbox ends up protecting 90% of the crew from projectiles, making transport ships more powerful than combat ships. 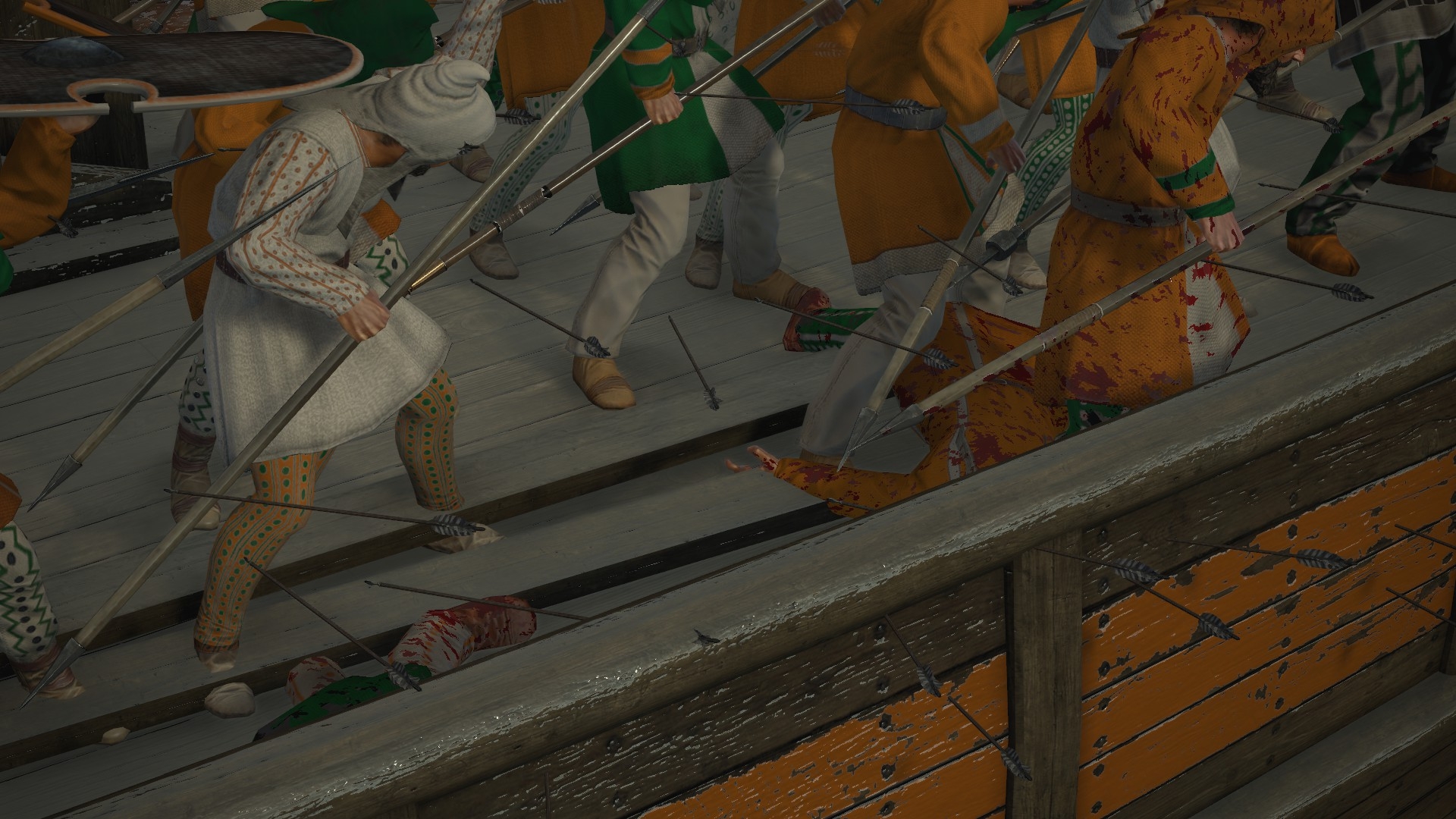 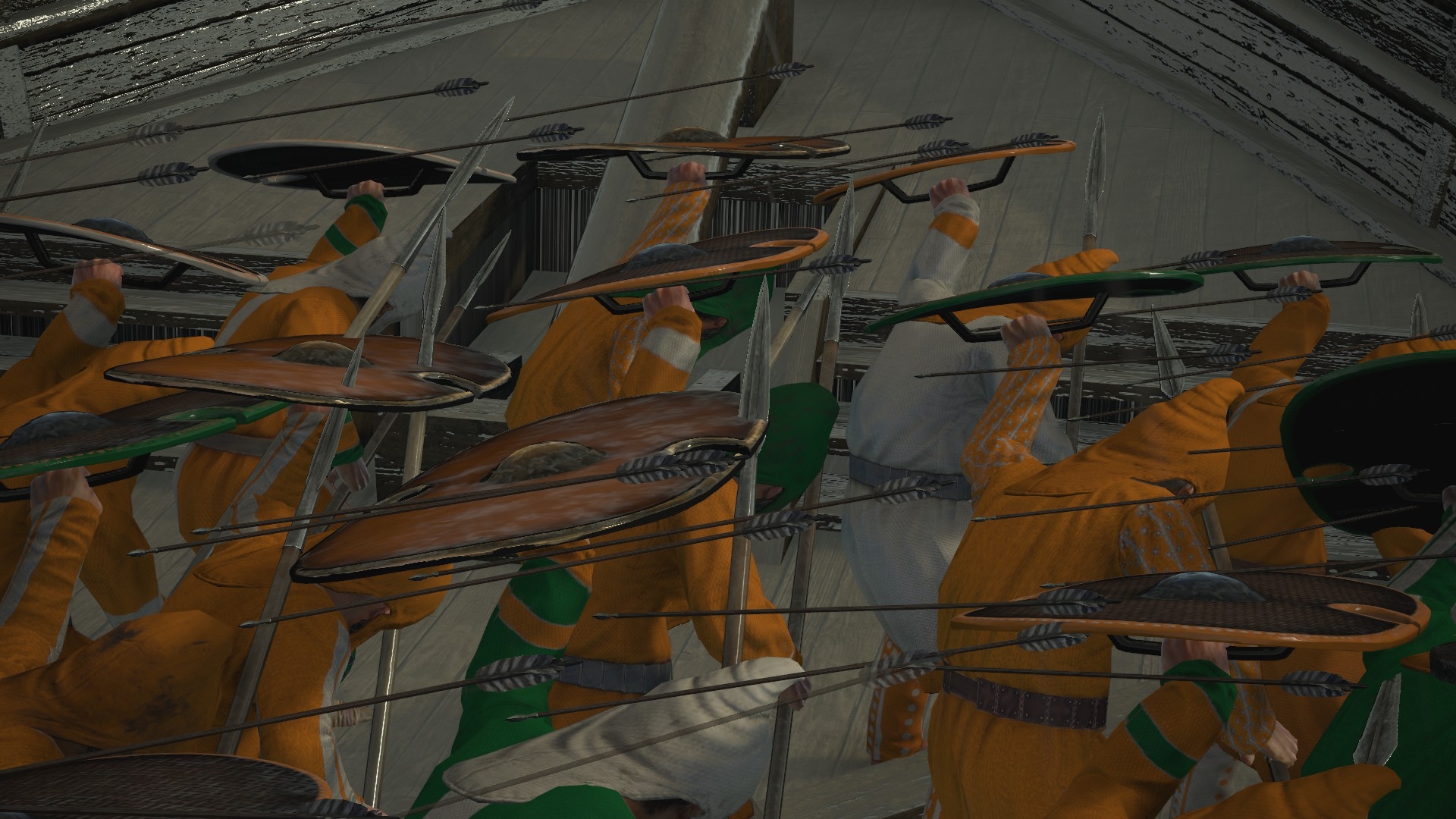 - Note the javelins are not stopped by the shields of the men, but by the hitbox 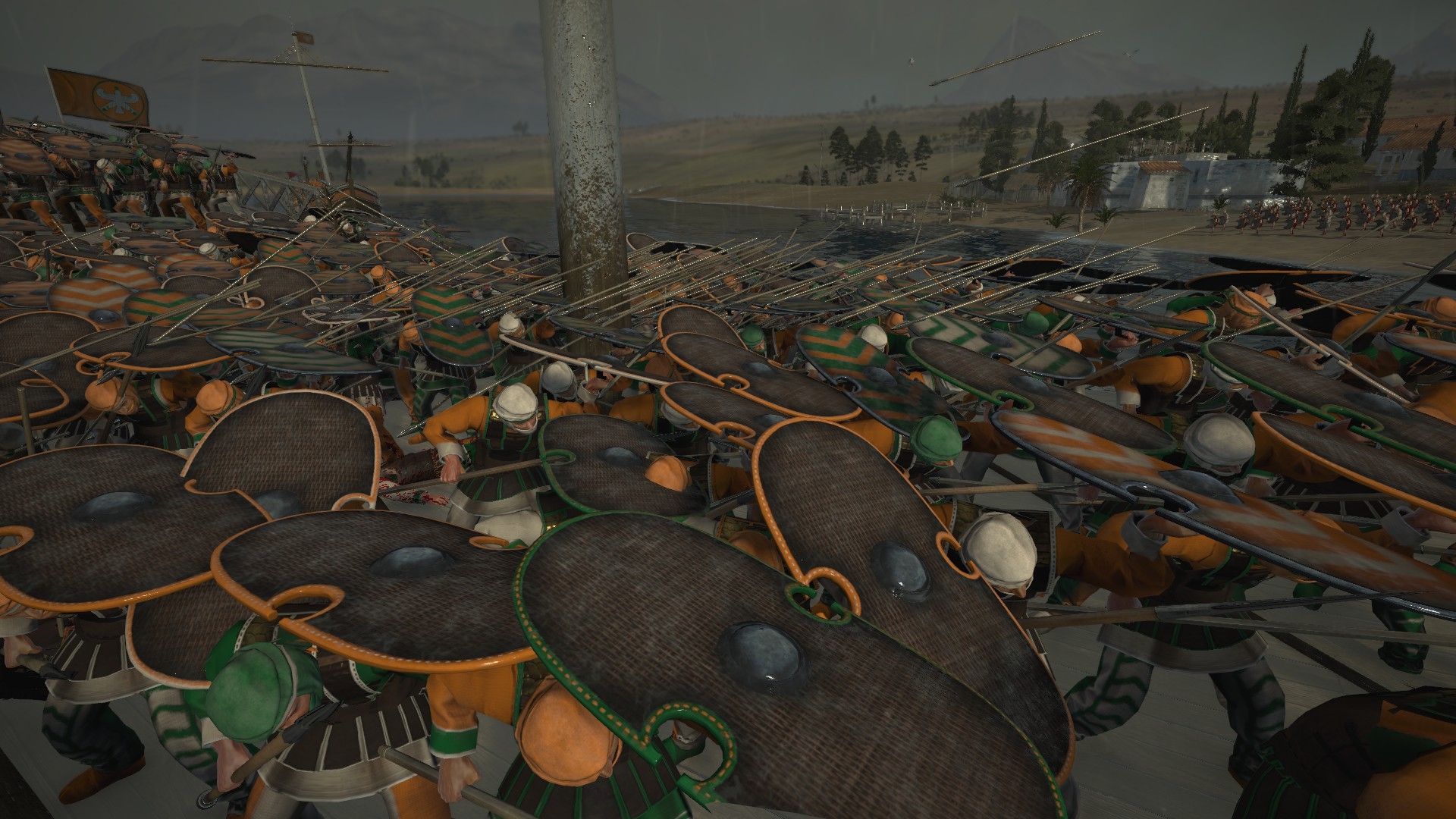 All those projectiles would've hit the soldiers had it not been for the inacurate hitbox.