Bug still not fixed CAI with armies doing nothing 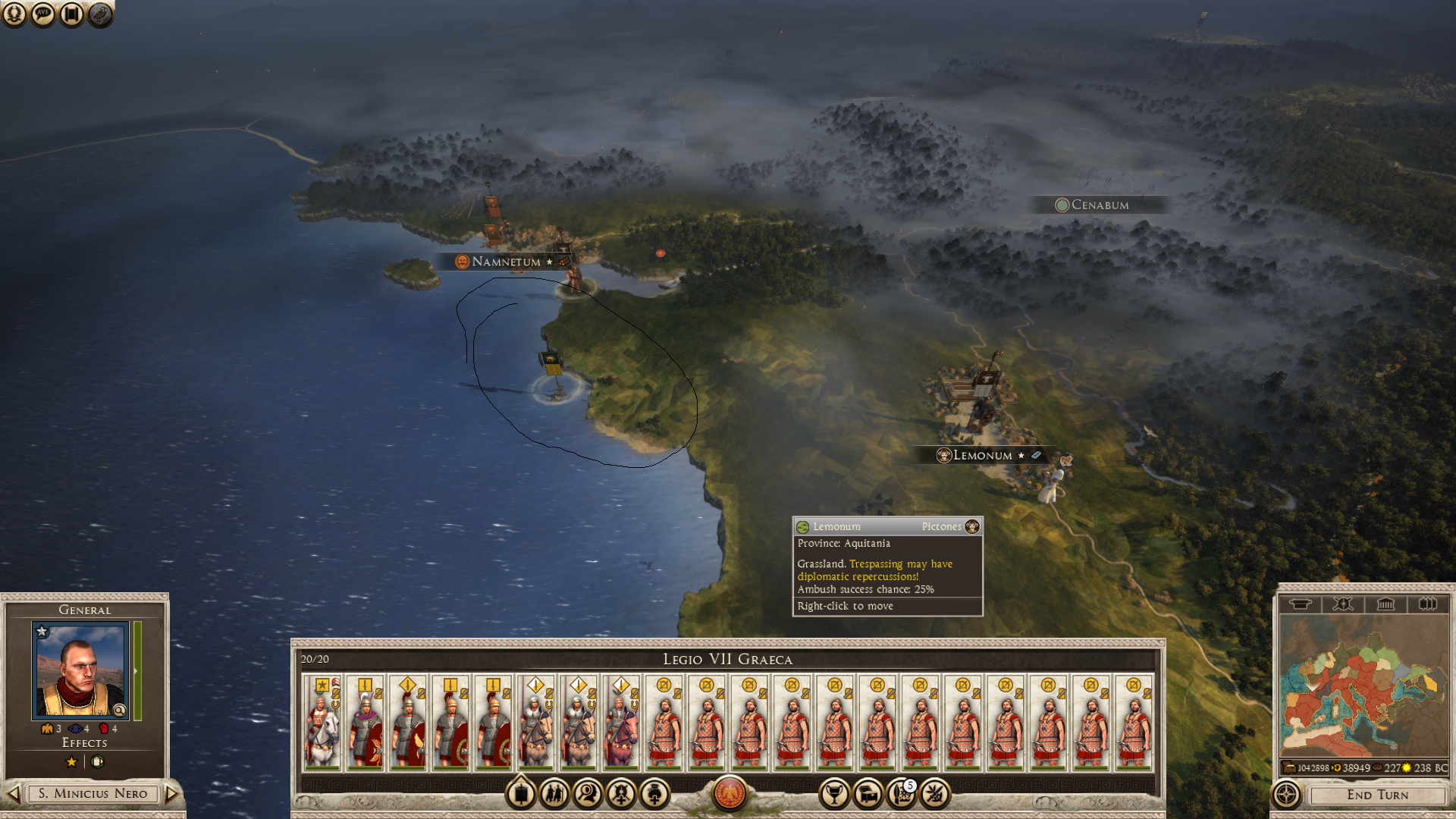 Hi, for turn in a row the Gaul full stack army is doing nothing while it's at war with multiple nations but not the two which it currently is next to. I encounter this problem to often with full stacks doing nothing on the campaign map while there regions are being slaughtered. Really kills the whole game experience.
Flag 2 · Disagree Agree