How to win ANY unfortified town assult in two steps

Step # 1: leave some of your units in the town and move the rest of your forces to the corner of the map. 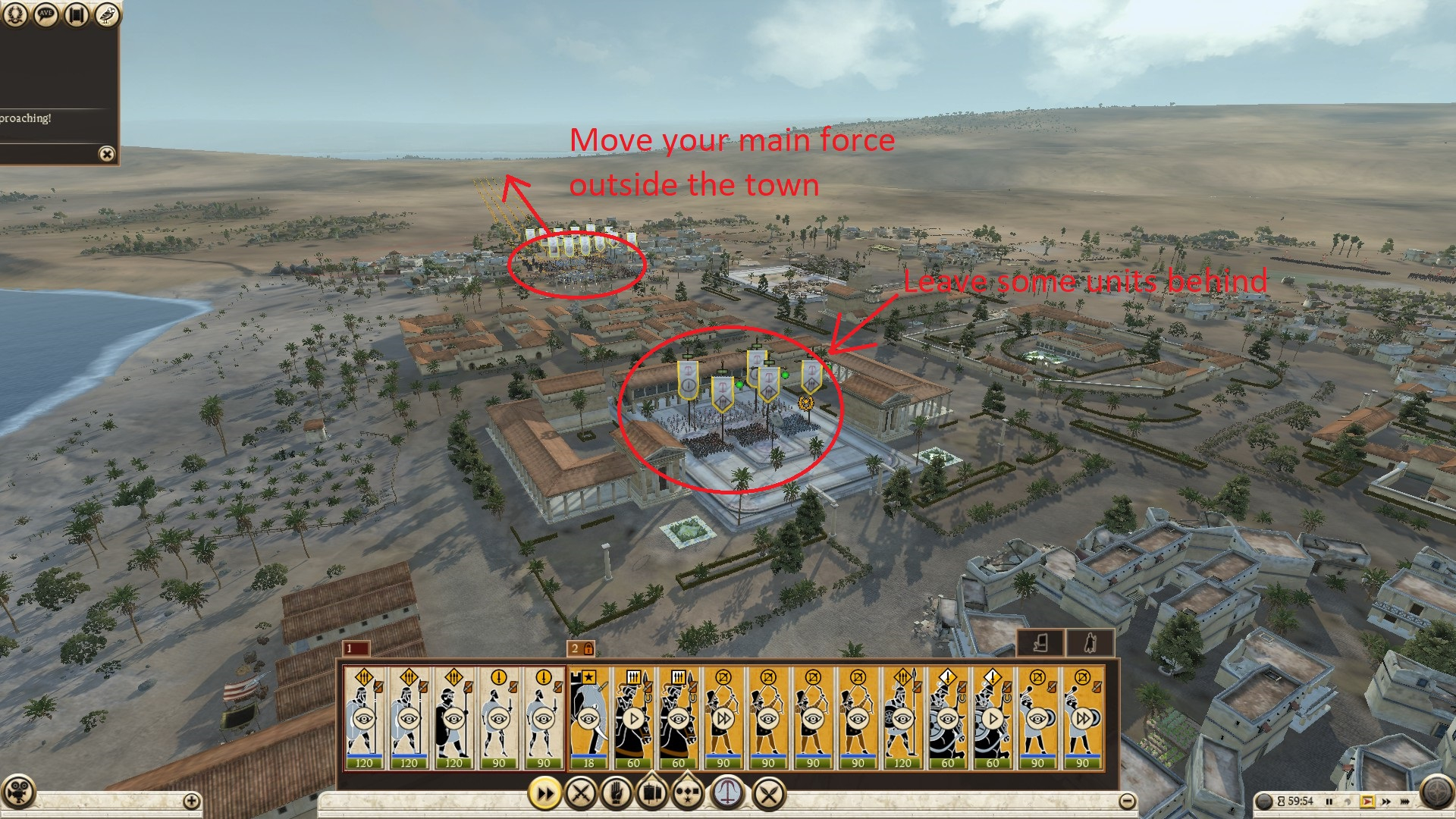 The IA will move to attack the forces inside the town. After they defeat those soldiers left behind, the AI protects the settlement and ignores the forces outside the town.

Step # 2: press the “fast forward” button and wait until the time runs out. 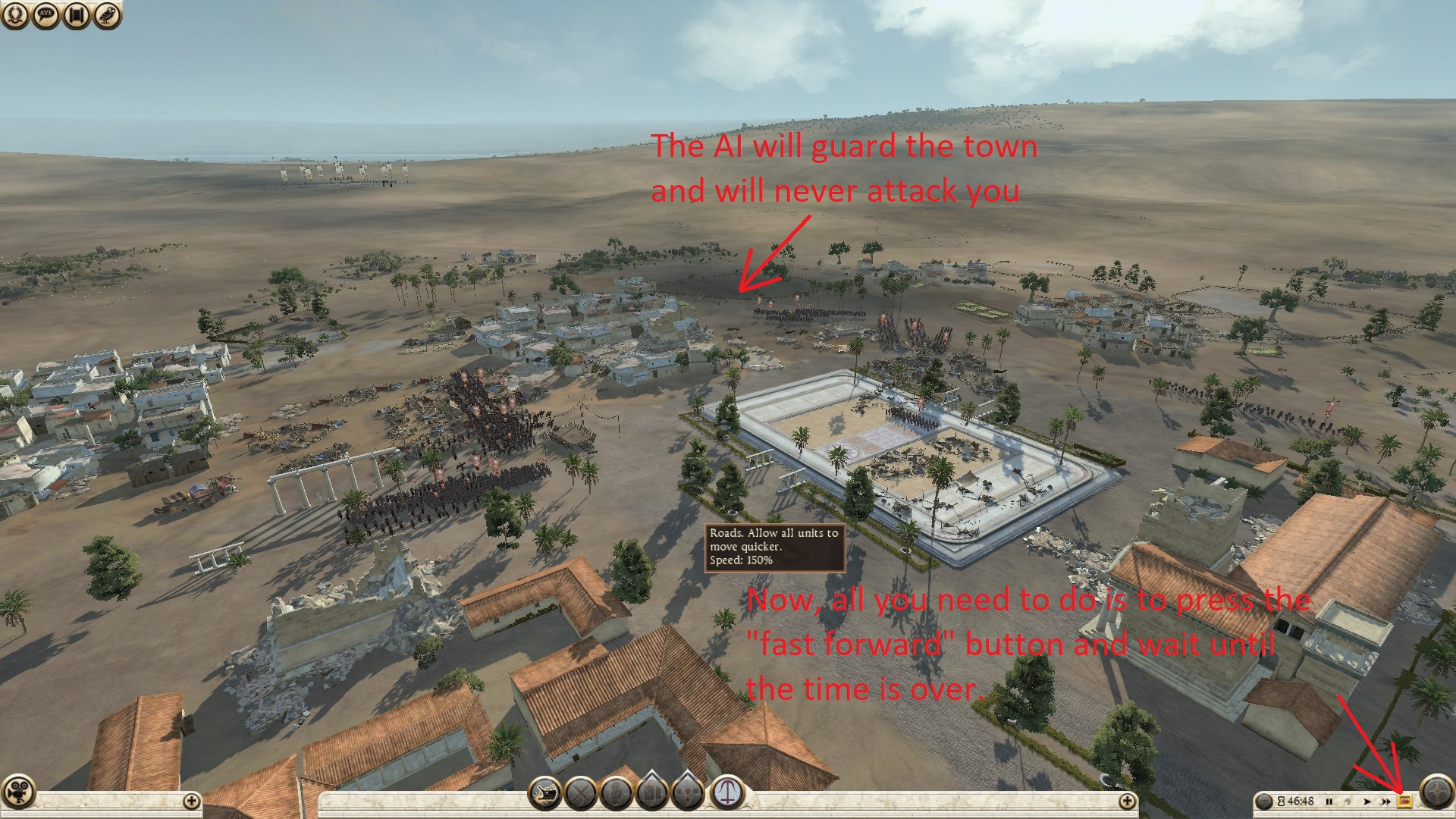 That it. Victory is yours. 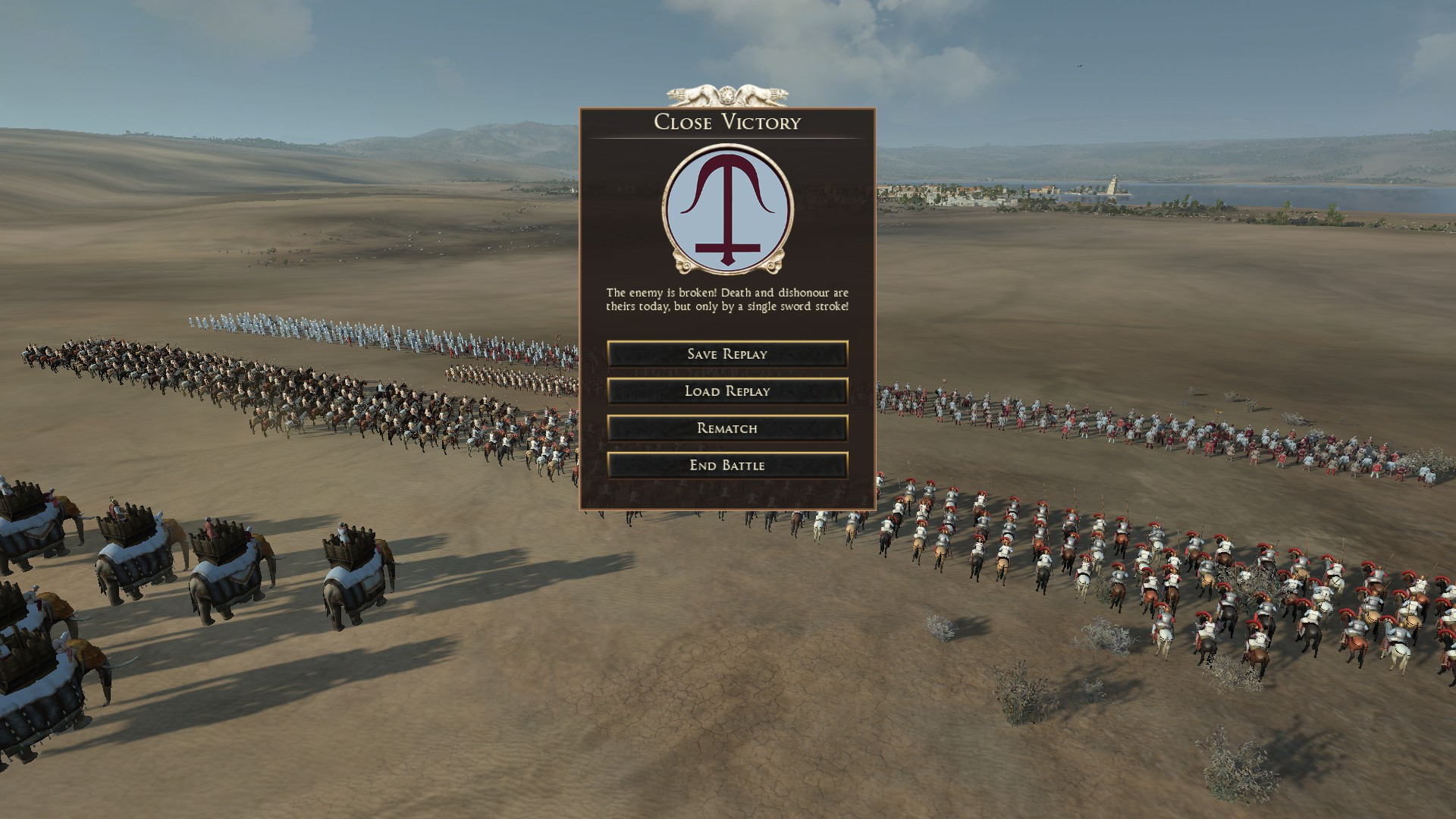 CA, I attached the replay file in case you want to check it out.