Migz Senior MemberRegistered Users Posts: 316
August 2018 edited August 2018 in Ancestral Update Support
Some systems display flickering shadows in desert environments when units engage in combat. It's most noticeable when the camera is between the light source (sun) and the soldiers. The systems are not using GPUs in SLI.

How I produced the effect:
Custom Battle in the Arabian Peninsula, not near a settlement
Spring
Day

Allow your melee forces to engage with the opposition.
Pause the game, position the camera between the sun and the soldiers

Video showing the appearance (not my video): 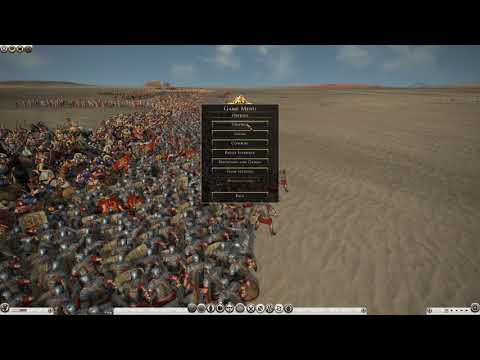 This topic originally came up in the Steam forums*, so there is more information available there. In that thread, another player wrote that he/she experienced the same thing in a field map near Athens in Autumn.