Esoterik Registered Users Posts: 11
August 2018 edited August 2018 in Rise of the Republic Support
The native Volsci units don't seem to be recruitable anymore if I convert the minor settlement they're from to my own culture (playing as Tarchuna). 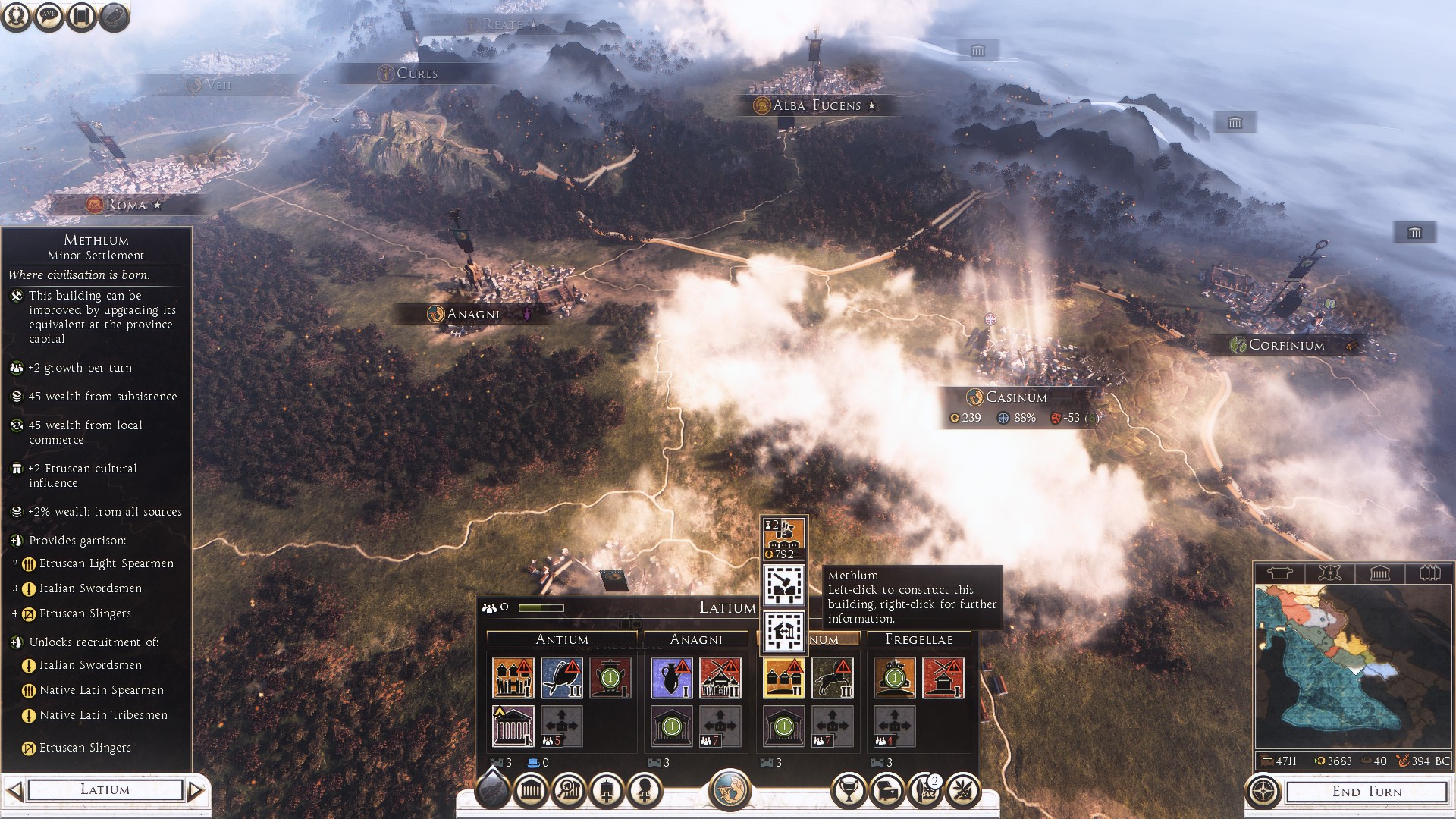 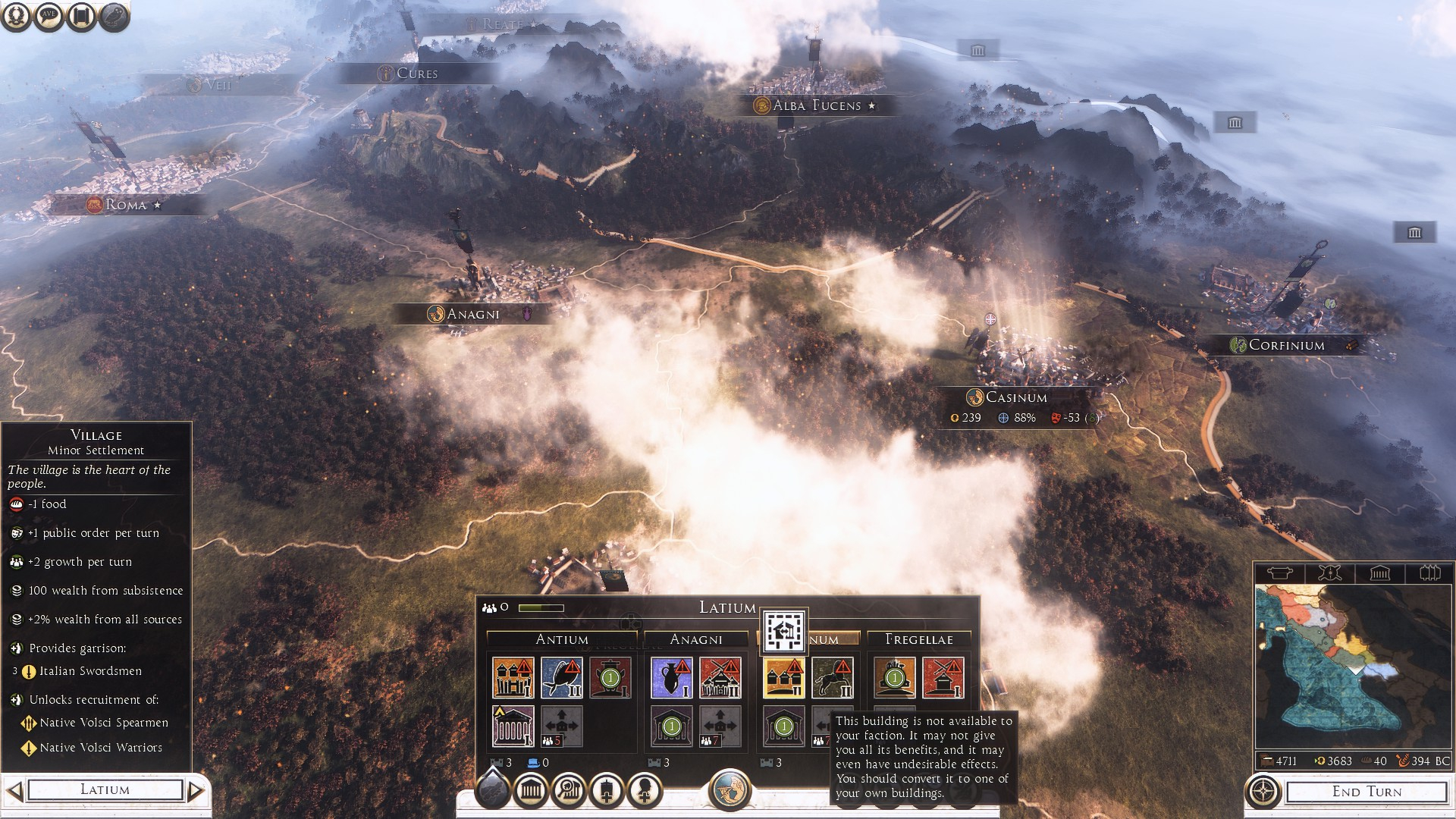 And the Native Volsci units are fairly underwhelming. They are too expensive for what they do, pretty much every faction has something much more efficient.

Even just comparing the swordsmen to other native units shows how lacking they are for their cost: 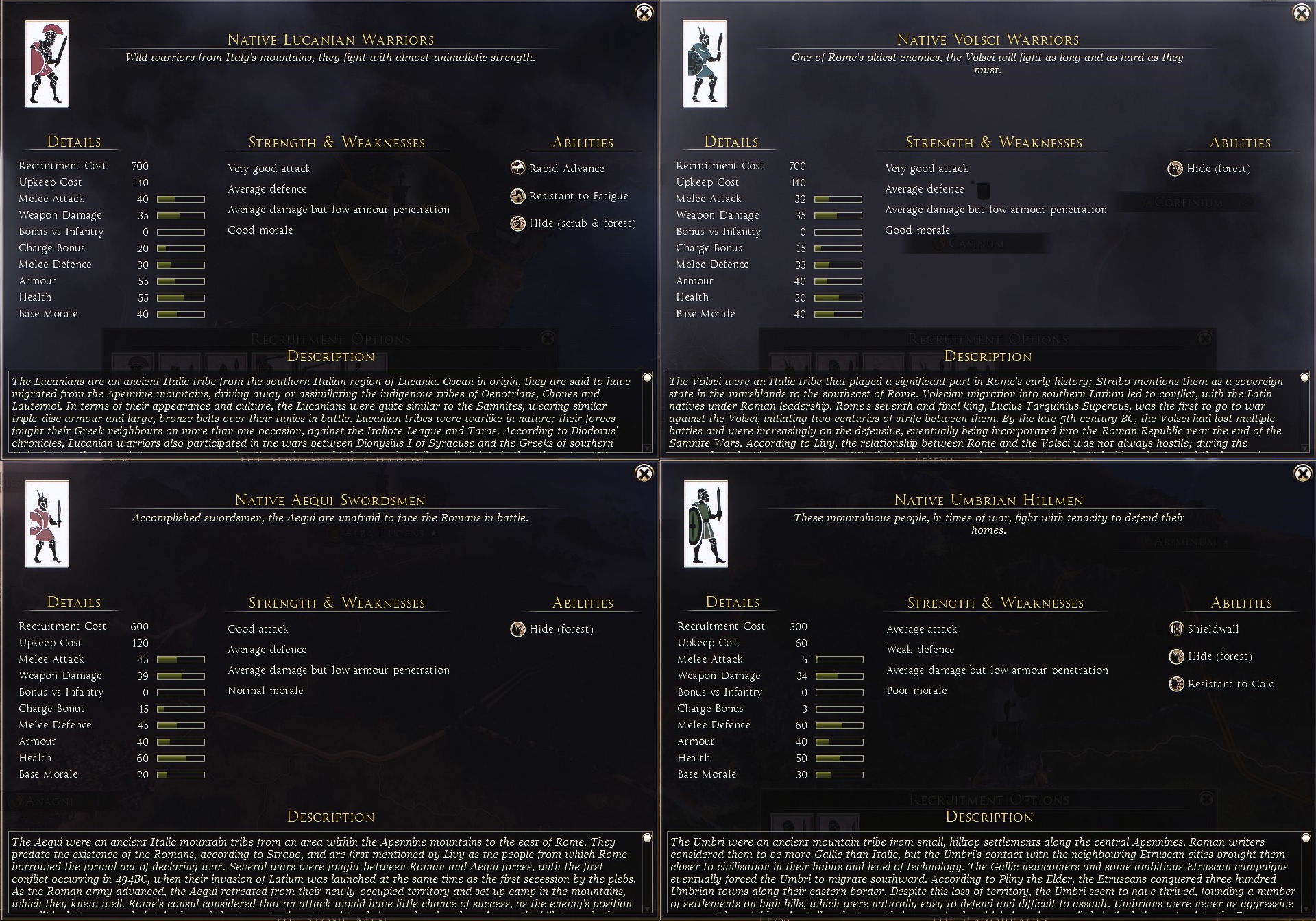 As for the spearmen, the umbrian cheap native spears are better defensively, and similarily priced spears from playable factions vastly outperform them: 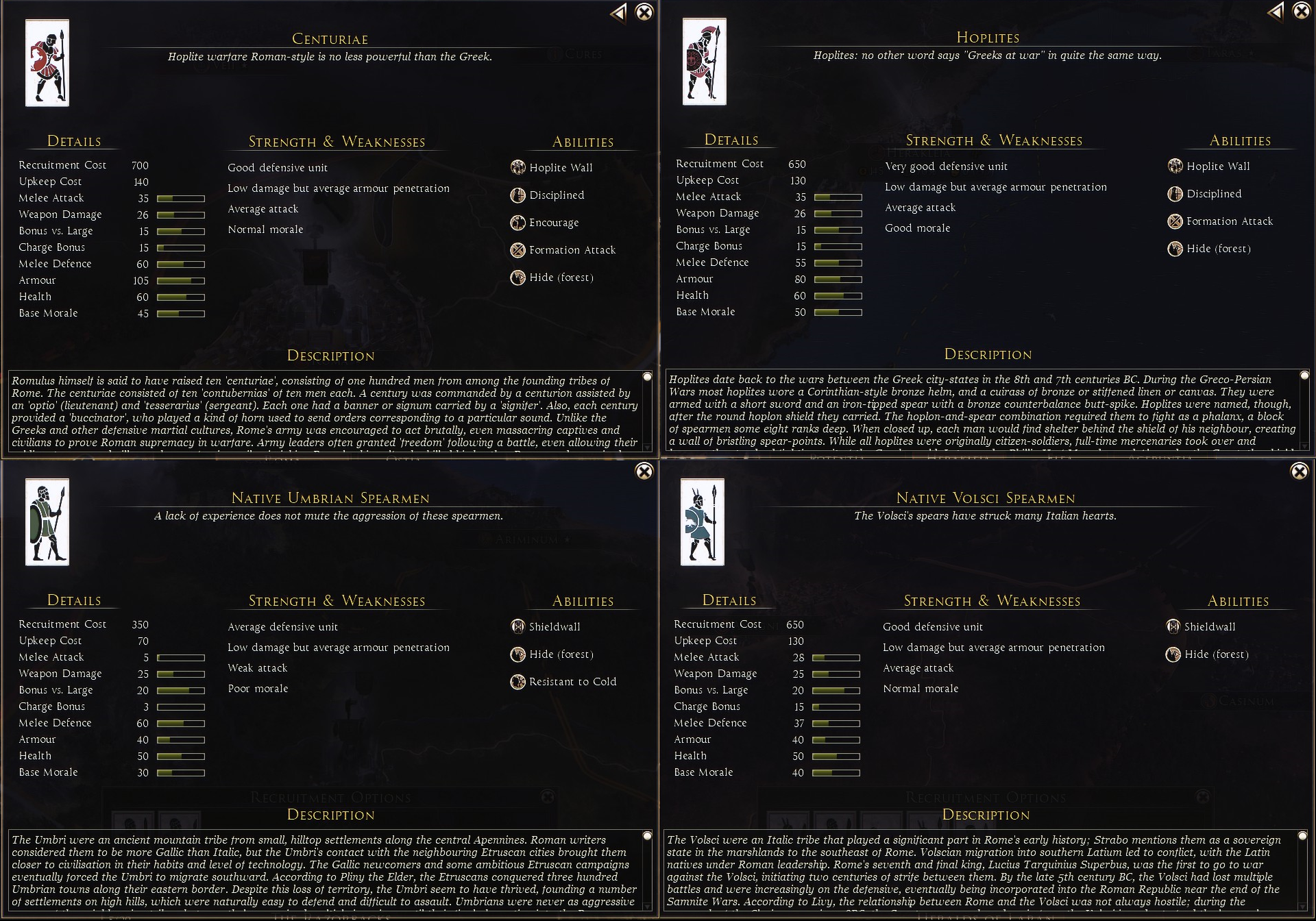 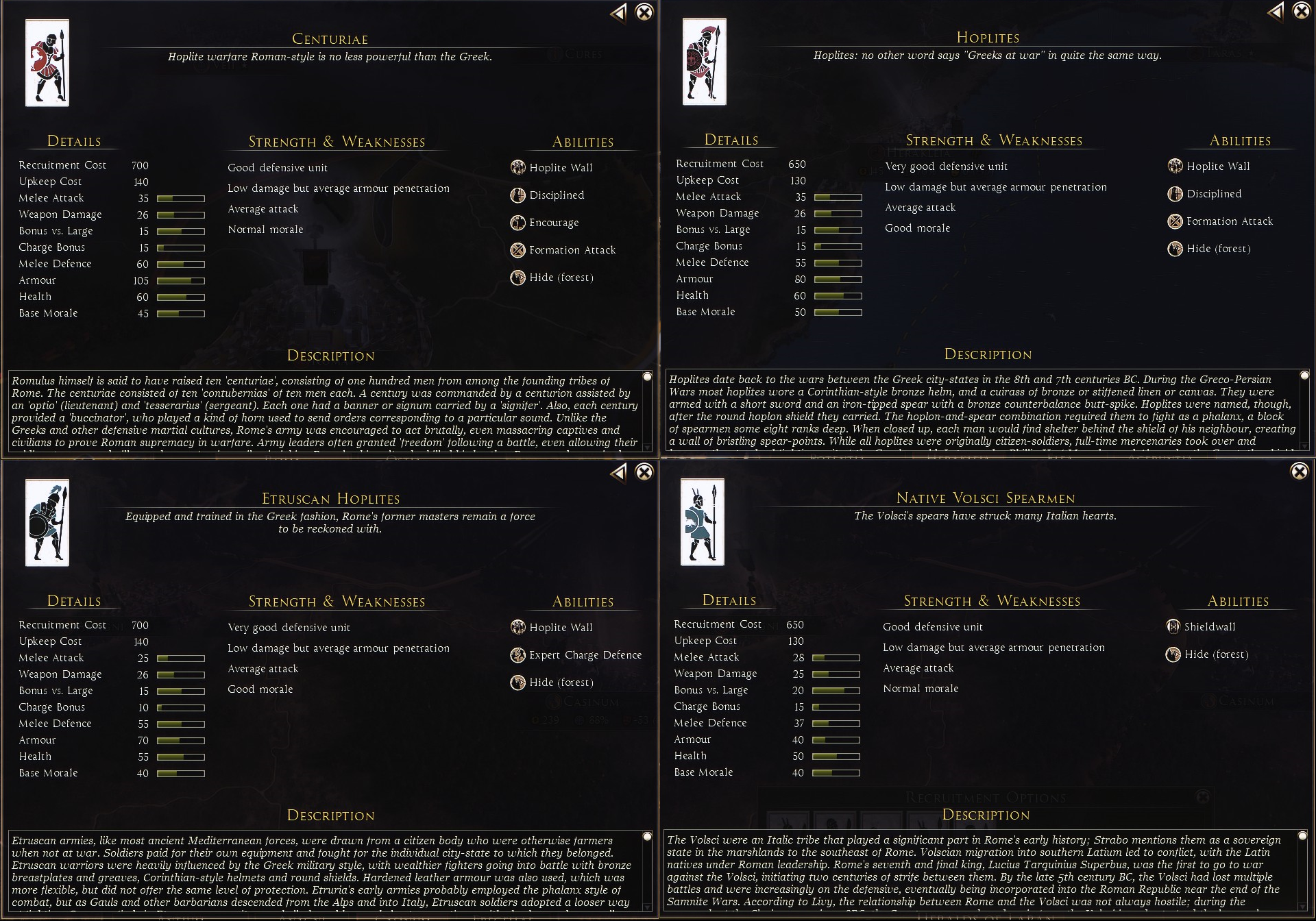 (I'll also mention that I think the Etruscan hoplites are a tad weak, the roman spears are much better. I don't think expert charge defense is so useful that it warrants them being worse across the board. )

Being a big fan of auxiliaries, I really appreciate the native soldier system in RotR. There are some pretty unique and cool units in certain provinces, but others aren't worth using because pretty much everyone has better options. I hope you can do a pass on the weaker natives so they atleast have a niche and aren't just straight up useless.
Flag 0 · Like