Octavius_5 Senior MemberRegistered Users Posts: 280
September 2018 in Rise of the Republic Support
In a Samnite campaign I've noticed some issues showing up with army reinforcement. I have a save game attached where two armies are in a territory controlled by Rhegion. A third army is in Thurii nearby that I control. If you hover the cursor over the two armies in Rhegion's territory, you will see that the reinforcement arrow only shows up for one army when moving back and forth from one army to the other. If you force march the third army down from Thurii to nearby the other two armies, one army will show correctly reinforcement arrows for both other armies, but the other two will not show reinforcement correctly when moving between all three.

If you leave the army in Thurii alone and then end the turn and decline the peace offer from Rhegion (if one is offered) the smaller of the two armies in Rhegion territory should be attacked and will not have any reinforcement from the army right beside it.

One army has the Strength through Unity army tradition that has issues (posted here: https://forums.totalwar.com/discussion/224963/strength-through-unity-army-tradition-effects-not-correct#latest) and is supposed to include a bonus to the reinforcement range. It is possible this is related to the reinforcement issues.

Here are some screenshots that show the behavior if the third army is marched down from Thurii: 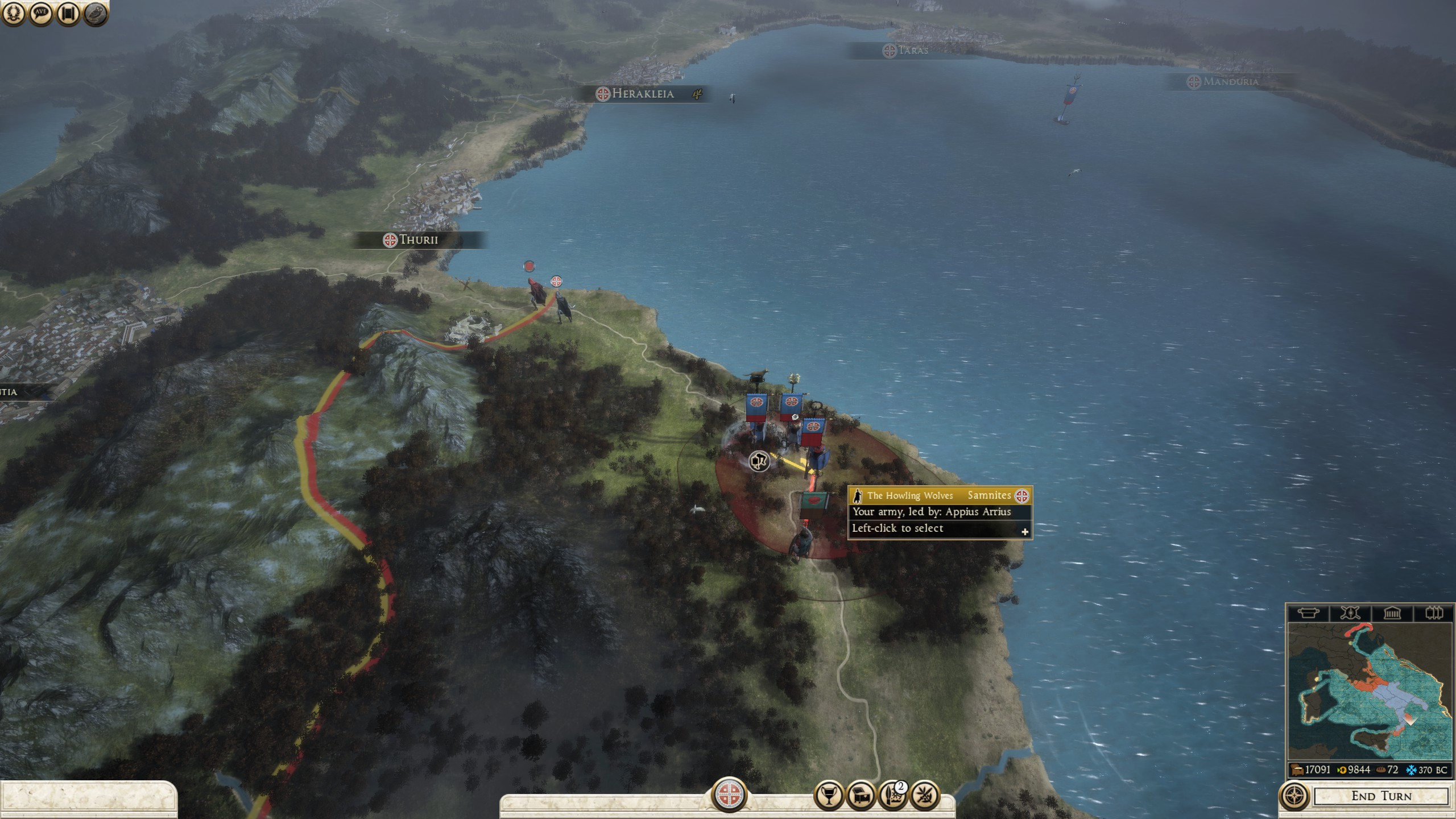 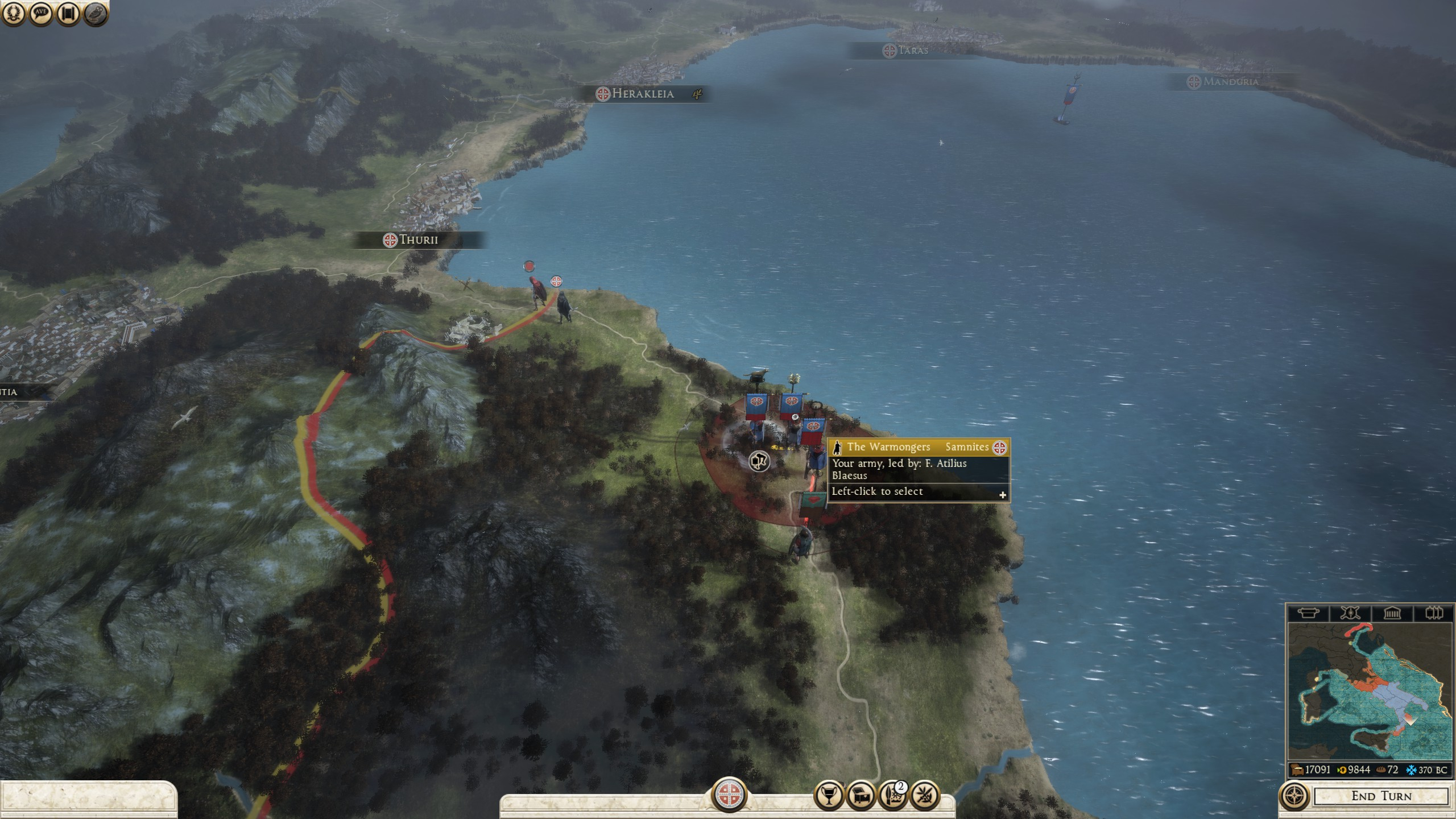 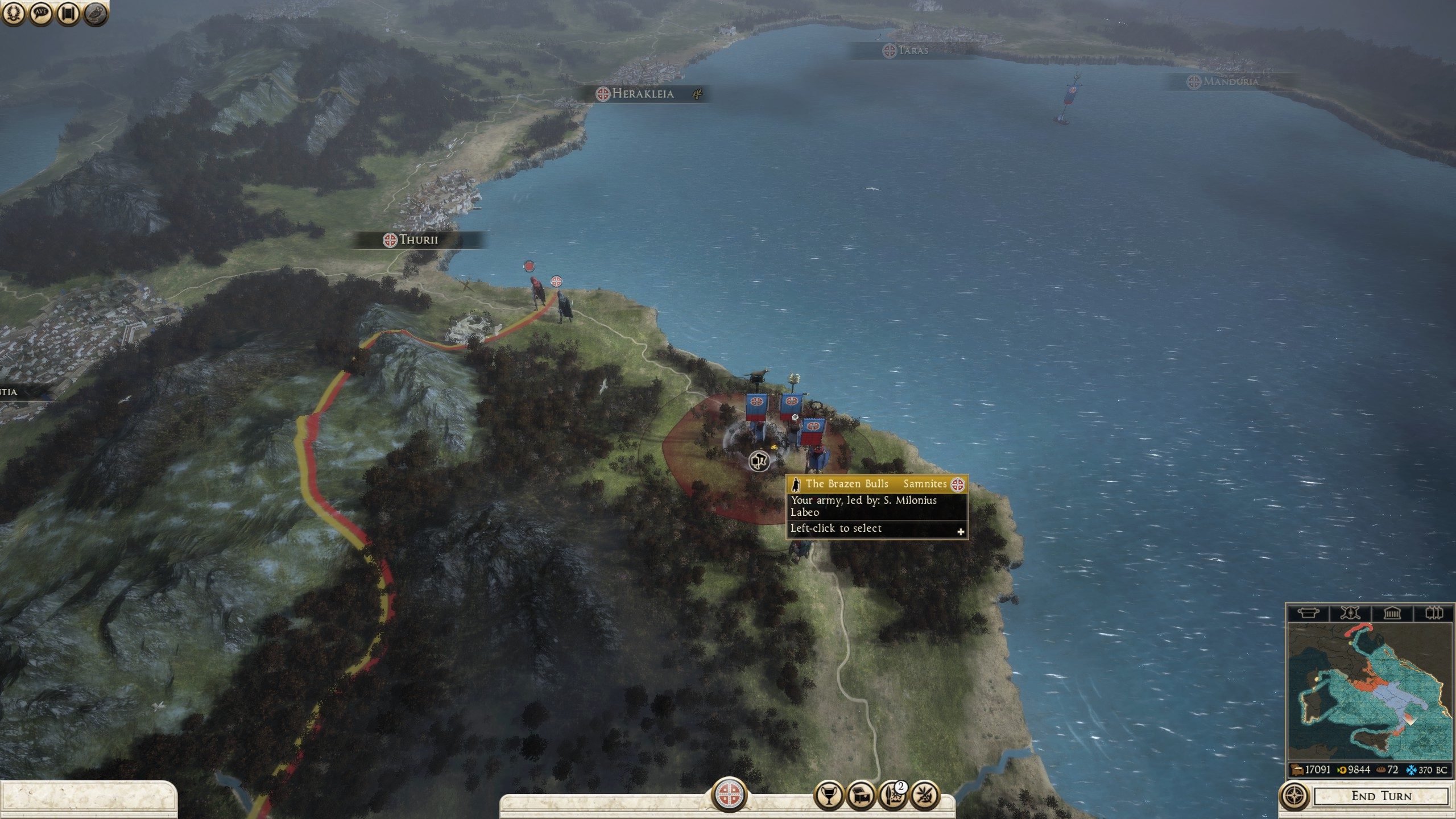