I want to report two bugs in my current campaign as Rome (Rise of the Republic).

1- One of my general has the "Choleric" trait. However, in the description he is referred to as "woman". As long as I know, there "two" choleric traits in the game: one for males and another for females. For some reason, the female trait appeared in this male character. 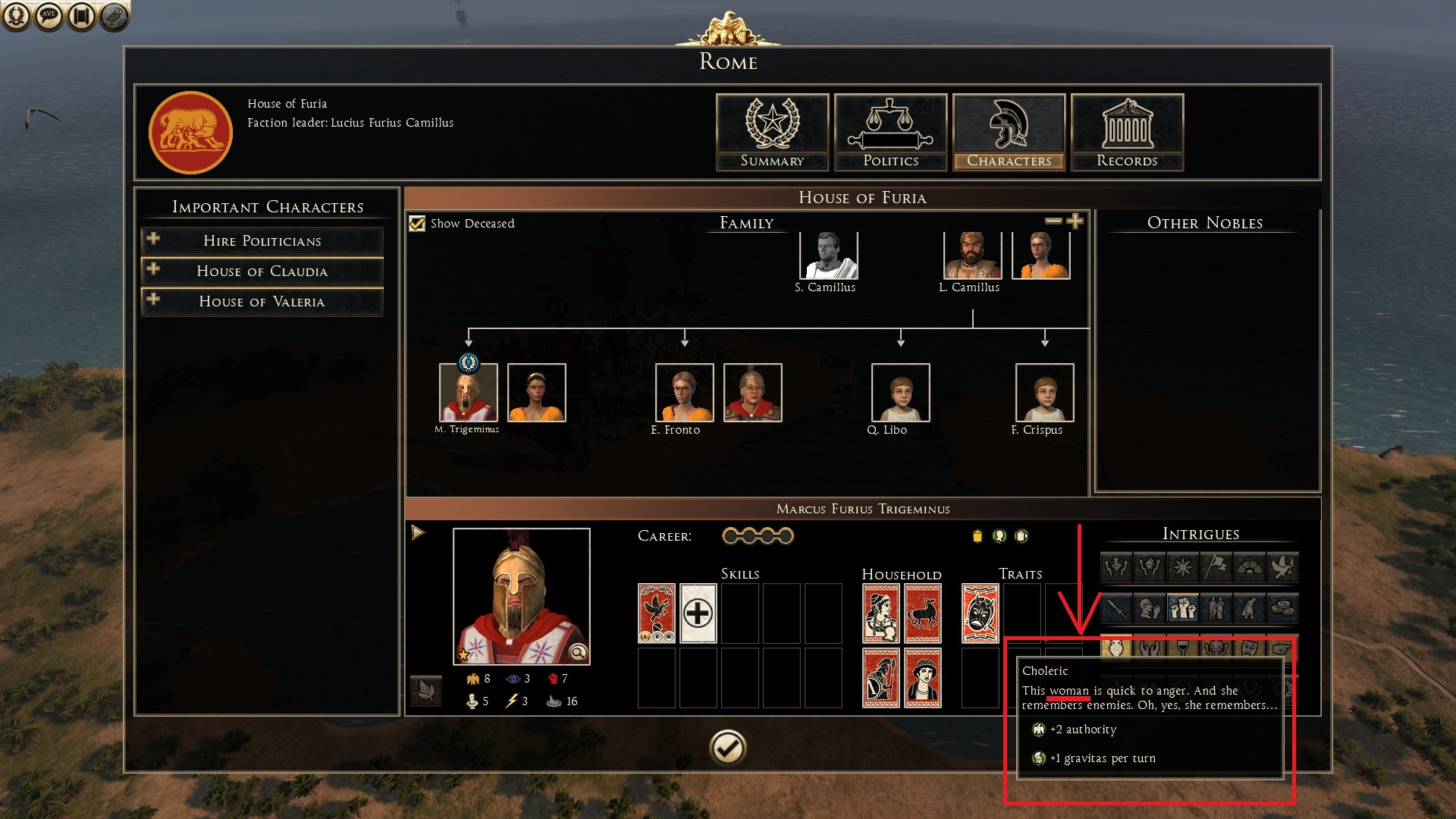 2- One of my characters is called "Furis Furius Crispus". It's bizarre to have a character with two identical names. 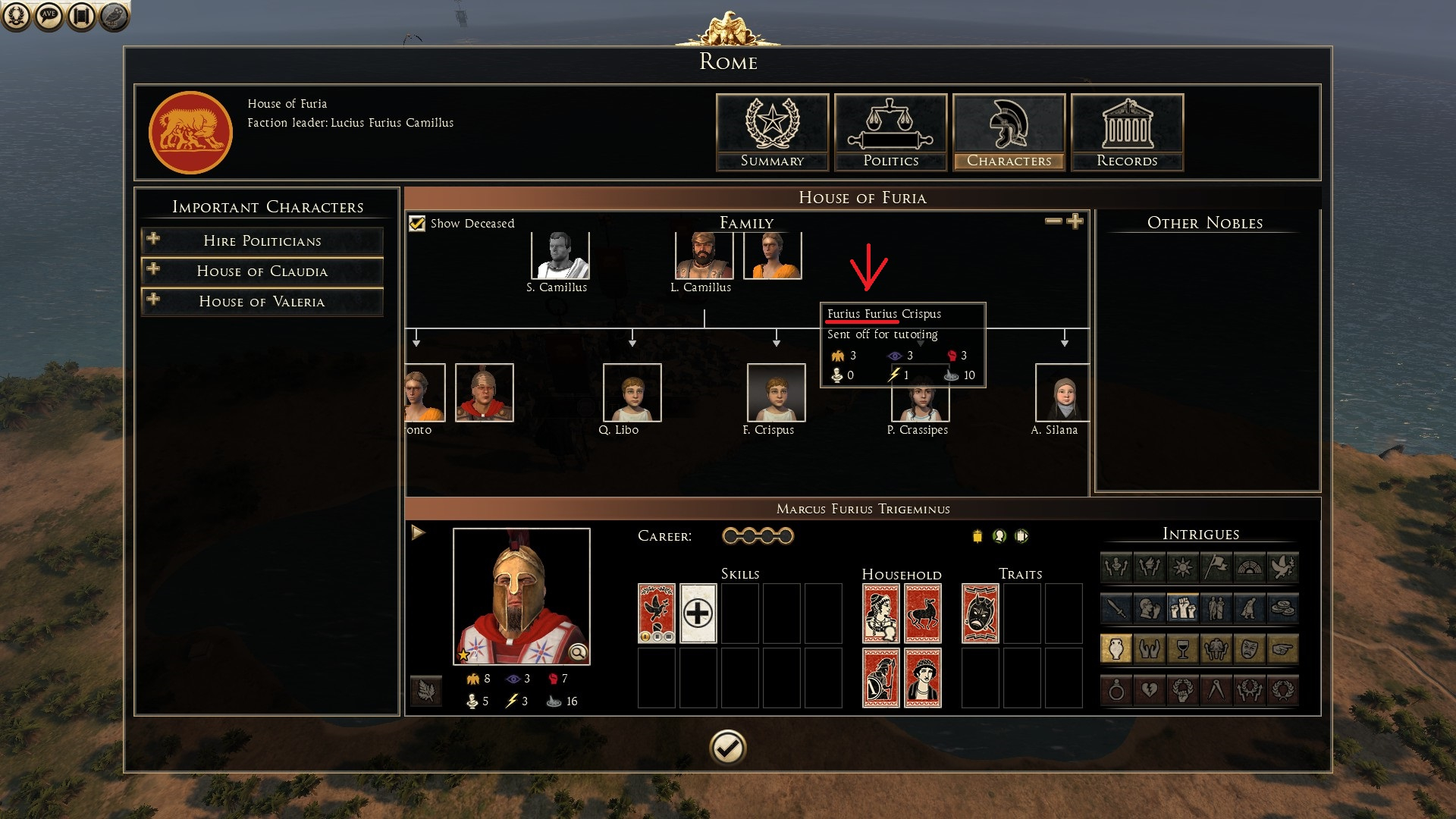