Brizthom Registered Users Posts: 546
November 2018 edited November 2018 in General Discussion
I decided to boot up the ME campaign to see if the mystery islands were there as well as the vortex campaign and they are: 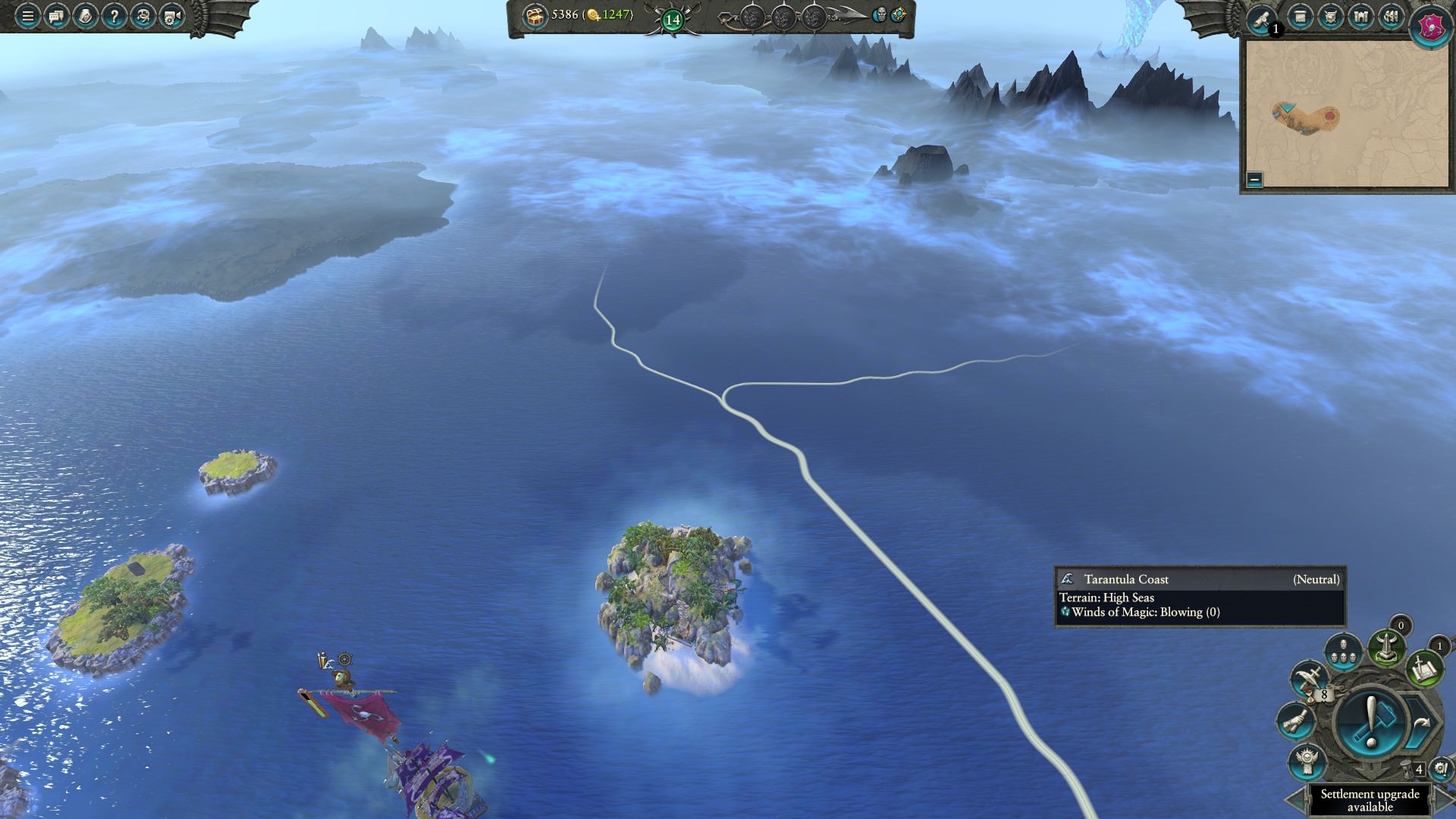 The second is roughly half way between Lustria and Araby 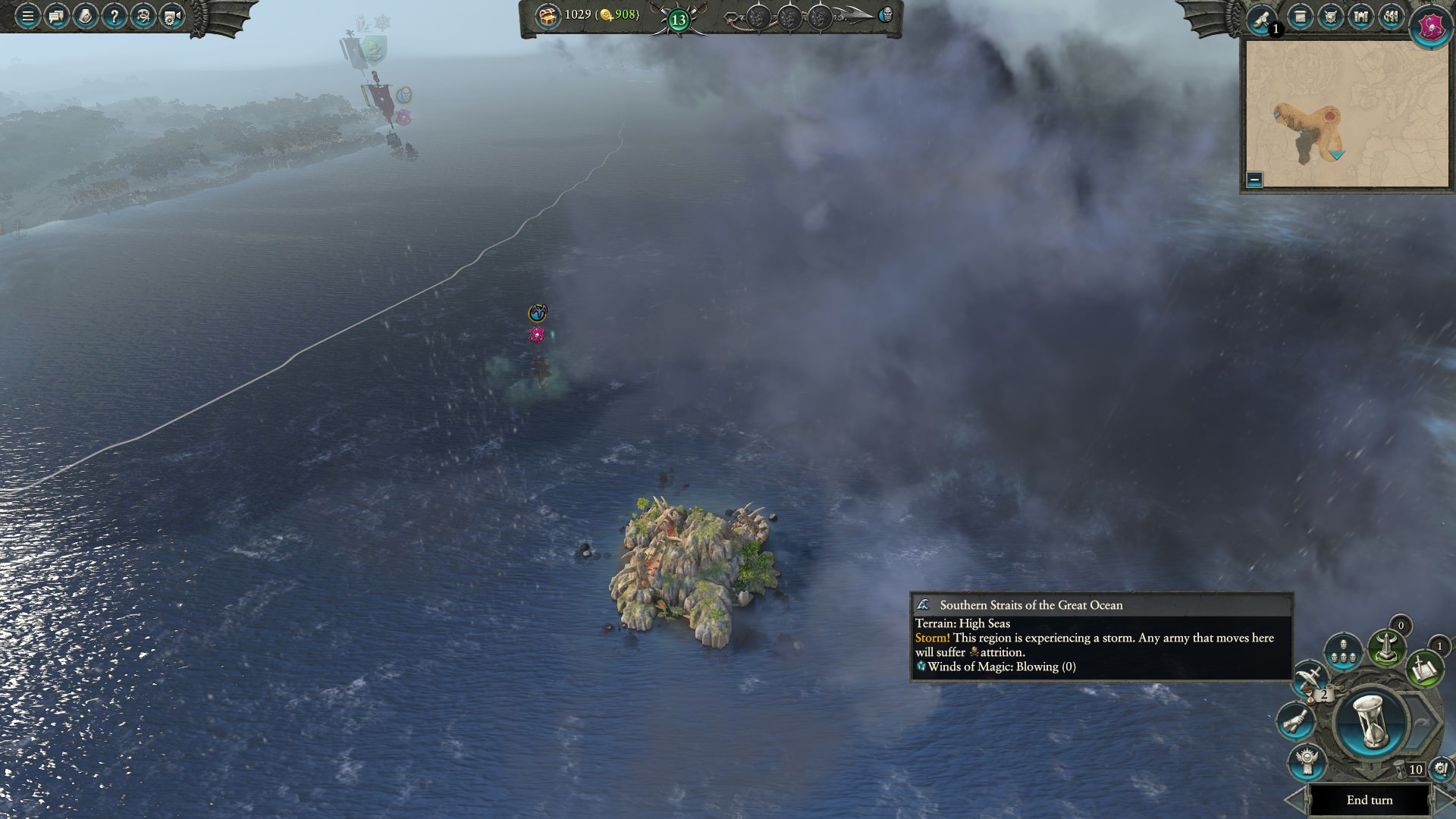 While these islands block sea movement they are considered part of the sea provinces they are in and you can't land on them. They are highly detailed and the zoomed out map shows a kind of divot on the northern map that may be where a port city would be located. Perhaps port cities can't be on proper terrain as seaborne characters would not be able to directly sail in to them. 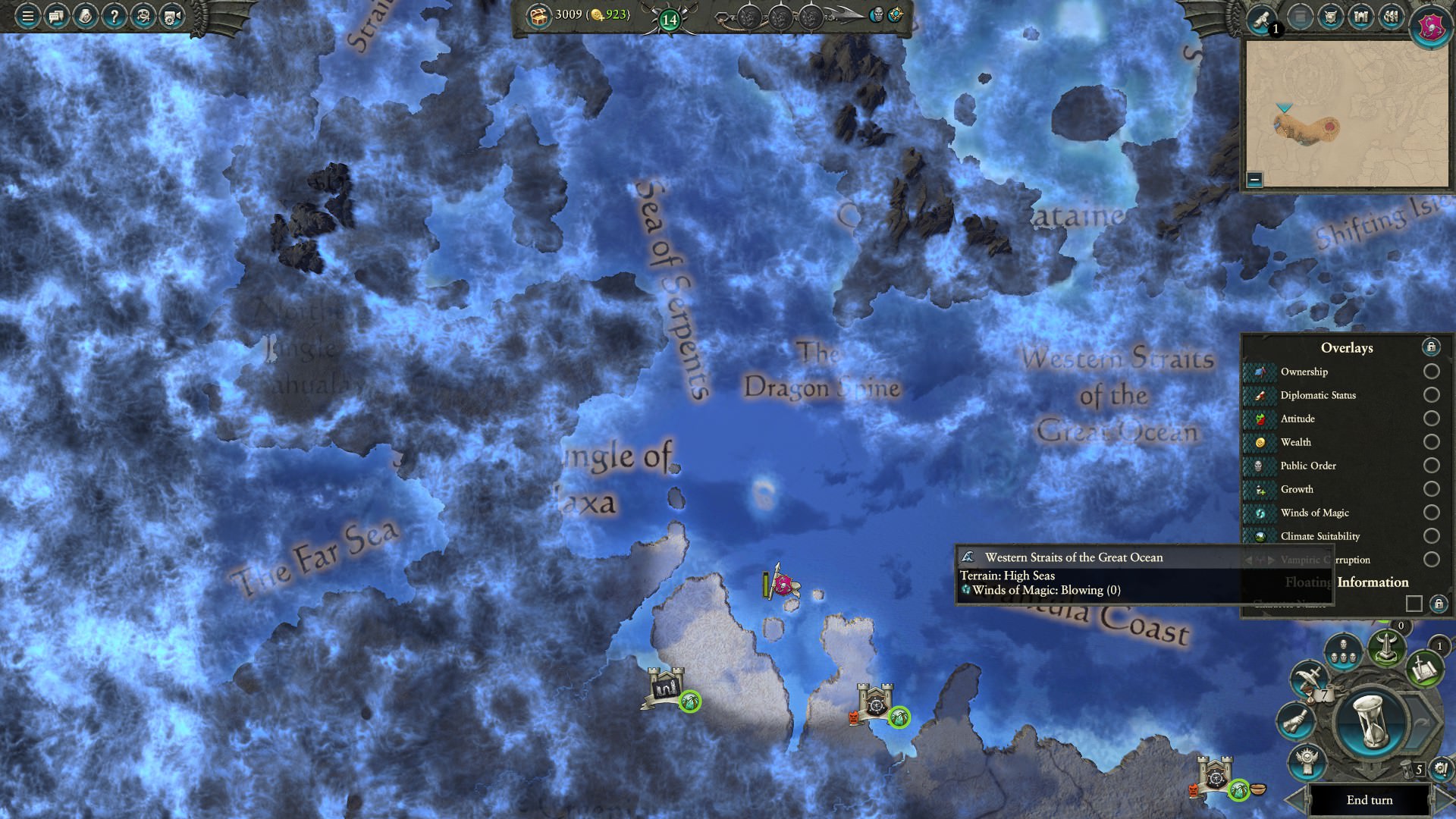 As these two mystery islands are present on both the Vortex and ME maps I predict that they will be the starting locations for two Amazon LLs that will arrive as part of an Amazon Race Pack. I speculate that the Amazons will have a "one province only challenge" as a core mechanic of their race, but their armies may also function as BM style hordes. Their campaign will probably involve finding Old One technology and taking it back to their islands for safe keeping.
Post edited by Brizthom on November 2018
Tagged:
1Flag 2 · 3Like
«12»