BoldElf Posts: 188Registered Users
February 2019 edited February 2019 in Campaign & Battle Bugs
I am in the middle of playing an Avalorn campaign and I had the court event "In-Fighting" pop up. Unfortunately there is some sort of bug in play as I am unable to pick any of the 4 choices.

It makes me think the game is calling up the wrong event based on what I have as I don't have the money or influene to choose any choice. 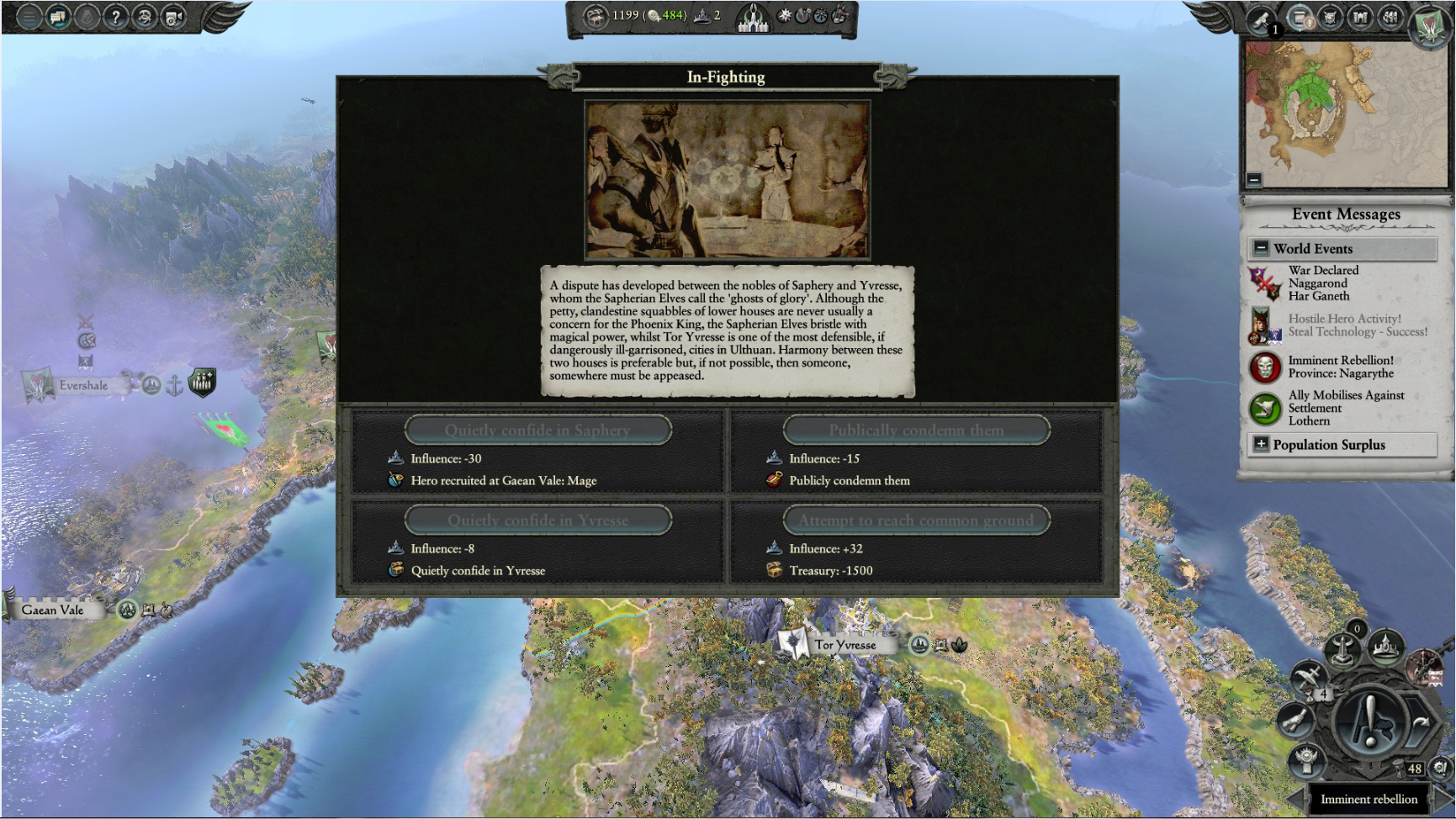 I have tried reloading the game in hopes it would skip the event or something but due to the fact I am on legendary dificulty there is only one version of the game that auto saves so when I re load the game its on that event so I am unable to progress past this current turn.

I am on the latest version of the game (festag update) and currently have no mods running.

FYI Mods: This is a repost of my origional post as it was put in the wrong location and I was unable to move it just incase you want to delete the origional to prevent duplication.