a lot of great changes were showed in the last stream. Wheels and Tom adressed the question of searching for items yesterday. But one particular thing i would like to see is the opportunity to trade for already equipped items. Most of the time the best Items seems to be used by a character. That means you can not trade for them. So the chance that you are going to find a item you need (like Thaishi Ci´s bow in the stream) are pretty low. I saw in a stream that a few items are part of a set. Owning all parts of a set gives you nice bonuses. For example the set "the wall". 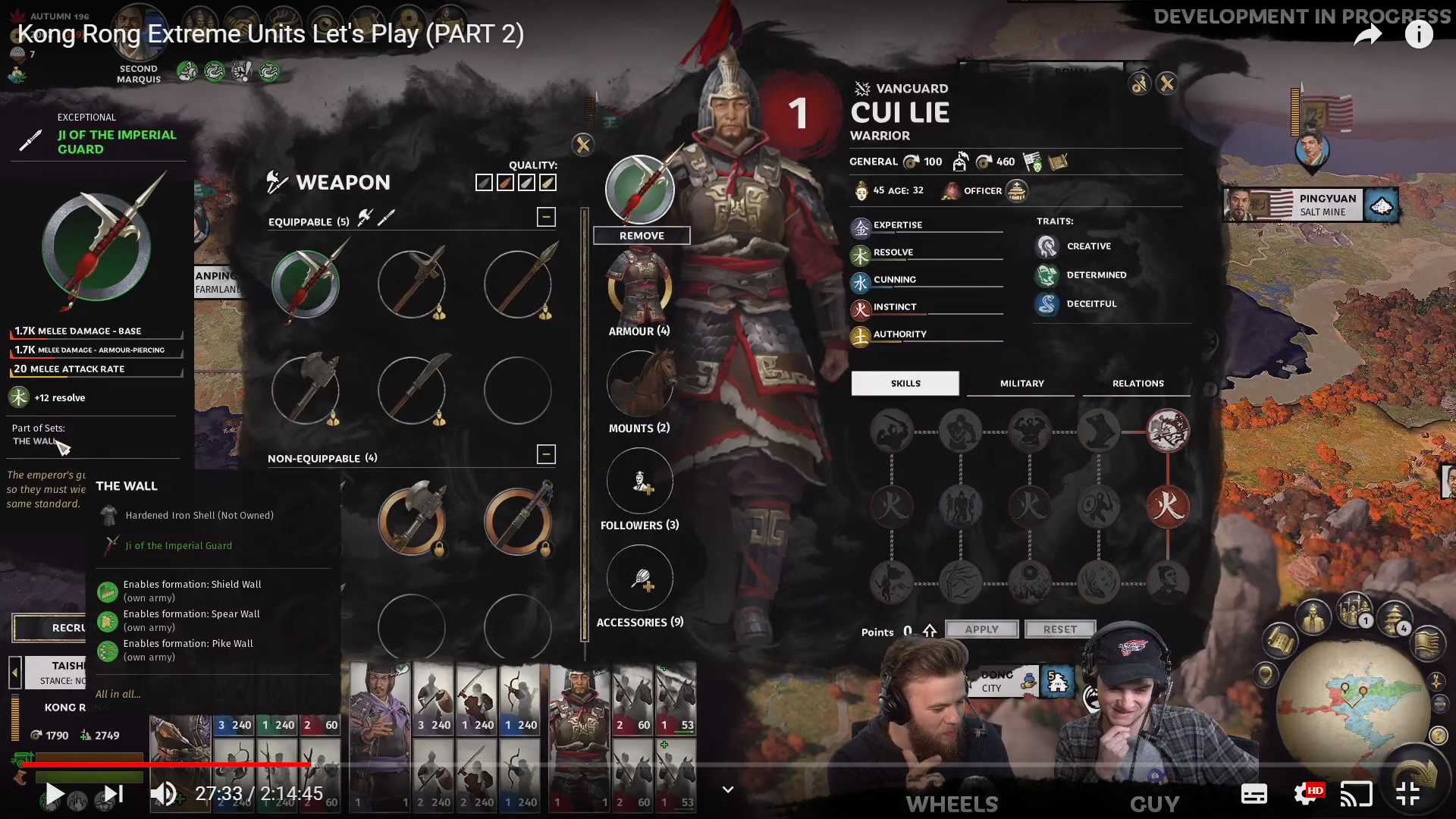 So giving us the opportunity to trade for equipped items would be a great way to increase the importance of them in diplomacy. I already can see myself making bad deals in diplomacy just to get the all the items I want