So far, It doesn't feel like a 3K character game, it more like a Random Generation of Generals game.

However, In TW:3K there are only 40 legendary generals who have unique portrait, and only 40 legendary generals can live for a long time, other 1000-40 = 960 famous historical characters same as other random generation of generals, both have a random portrait(face), both can be killed so easily, only different between 960 famous historical characters and random generation of generals is the name, they has historical name, others doesn't.

There are many 3K strategy game in the market, all of them have 500 ~ 800 historical characters who has unique portrait(face), and wouldn't die easily, so you can feel that they are important / famous / unique characters by first look their portrait. In TW:3K just have 40 legendary generals.

Every single battle has around 1~5 generals are been killed.
e.g. in Sun Jian campaign, in year 191, Lu Su, Cheng Pu, Lu Meng were been killed by 2 battles......if someone know about a little bit history about 3K, they are very famous characters. because there are not belong the 40 legendary generals, they can be killed so easily.
e.g. Liu Biao killed Cheng Pu it's ridiculous, more ridiculous events are happening right now.
e.g. Kong Rong, Tao Qian, Liu Biao, Liu Zhang, they are very weak person compare other 3K characters, however they are the faction leader and belong to the 40 legendary generals, they are not easy to get killed.

They are too many Female Random Characters in the game, in 3K period very few of them can lead troops, but most of them didn't join the battle. No one knows Zheng Jiang, and she has unique portrait, DIao Chan, Da QIao, Xiao Qiao, Wang Yi.......many famous female characters don't not has their own unique portrait....

Someone else will say it's not a big deal for the game, right, for those people who has no knowledge about 3K, sure, they don't care, In their eyes everyone in the game is the same, Cao Cao no different between Kao Kao. But for Asian player or western player who know about 3K this is a big issue so far.

Playing TW: 3K can't learn 3K history in the game, because it doesn't have all historical character's biography in the game, you can't to learn the character's own story / history / event in 3K period that you are playing, you can not see all characters's family tree, many player don't not know Dong Min, Is he the son or bother or cousin of Dong Zhuo? they just know Dong Min is another Dong....

Those problem all above most can be fixed by mod, by using KOEI's famous strategy 3K game---ROTK 13 800+ unique historical character portrait, but I hope CA can fixed it. even add more unique legendary generals (800+) in the future DLC, I think people willing to buy it.

As we know, CA TW: 3K learn from KOEI's Romance of the Three Kingdoms 1~ 13 series, the strategist can be used in many ways, not just in battle, debate system I said before.

If CA can learn all the good stuff form KT : ROTK series, TW: 3K will be the best strategy Three kingdoms in the world. 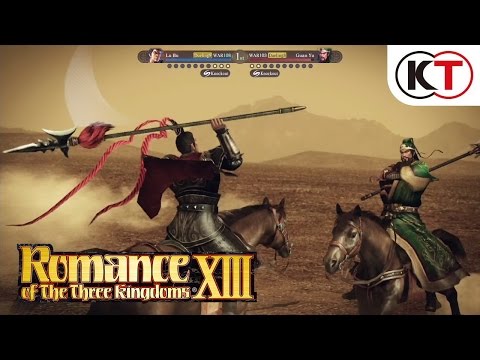 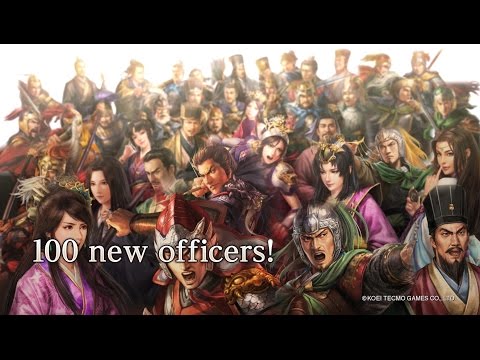