I lost an Ambush, I clearly won.

FullMetalBunny Registered Users Posts: 7
June 2019 in Campaign & Battle Bugs
I'm playing as Sun Jian.
Han Forces have moved in across the river, but my reserve force is too weak to take them on, but they won't attack a city with the reserve.

I setup my army in an Ambush outside the city. Hoping to ambush them with the Reserves to crush them.
1) I just want to say I had to wait OVER 100 seconds for my reinforcements, which seemed way "too long".

Here is my real problem I broke 1 enemy hero and he ran off the map. Crushing his forces. So I decided to camp the "escape zone" figuring the enemy HAS to come into the jaws of death to escape. The game forces me to wait the rest of the 38 minutes in fast forward not conceding the win. 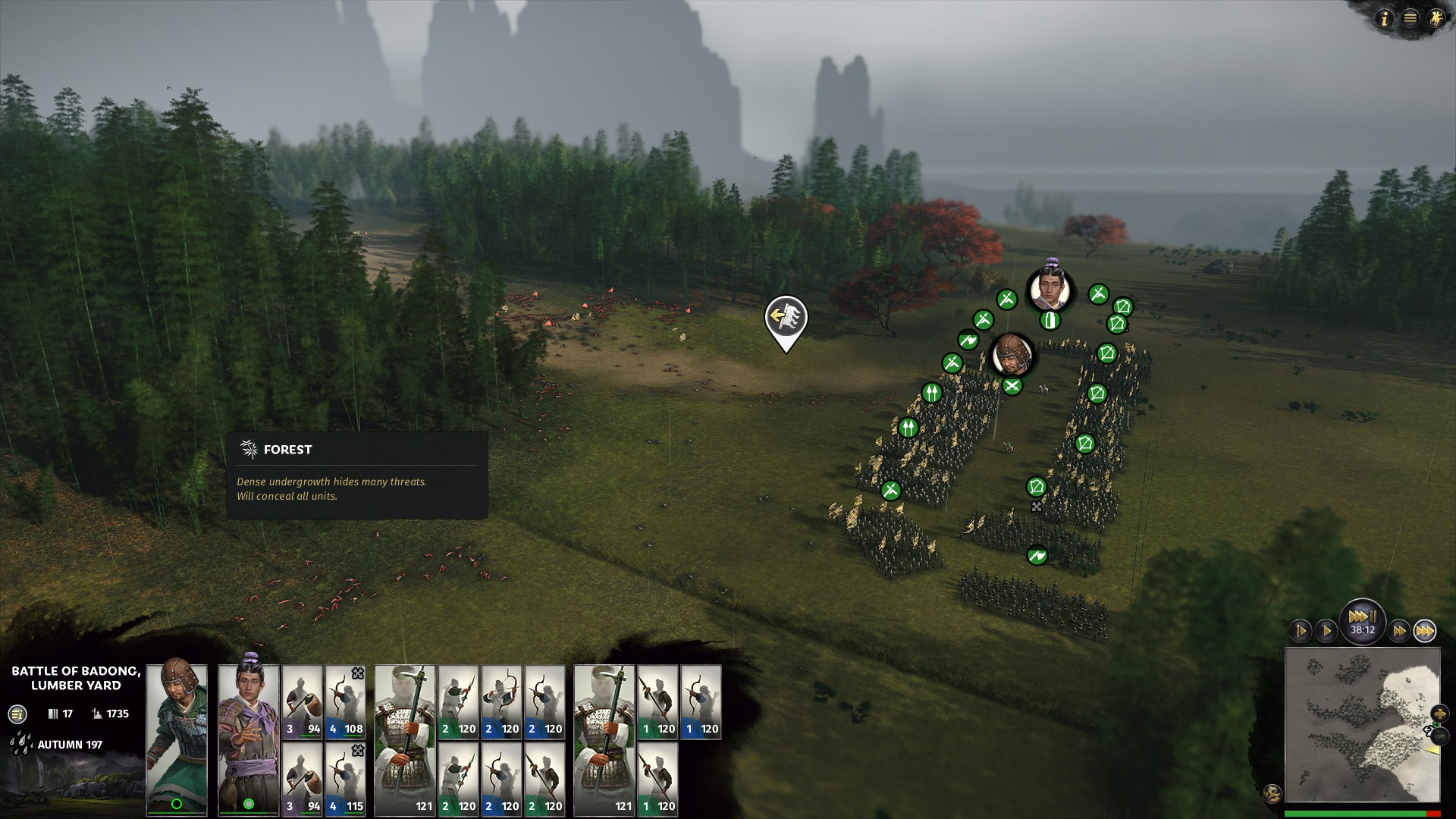 The timer finally runs out and the game tells me I had a Valient Defeat?!?!
What the wtf is this. The came even said my 2 heros were captured and randomed BACK to me. Now the AI just got a boost of reinforcements from the battle instead of being crushed like they should have. 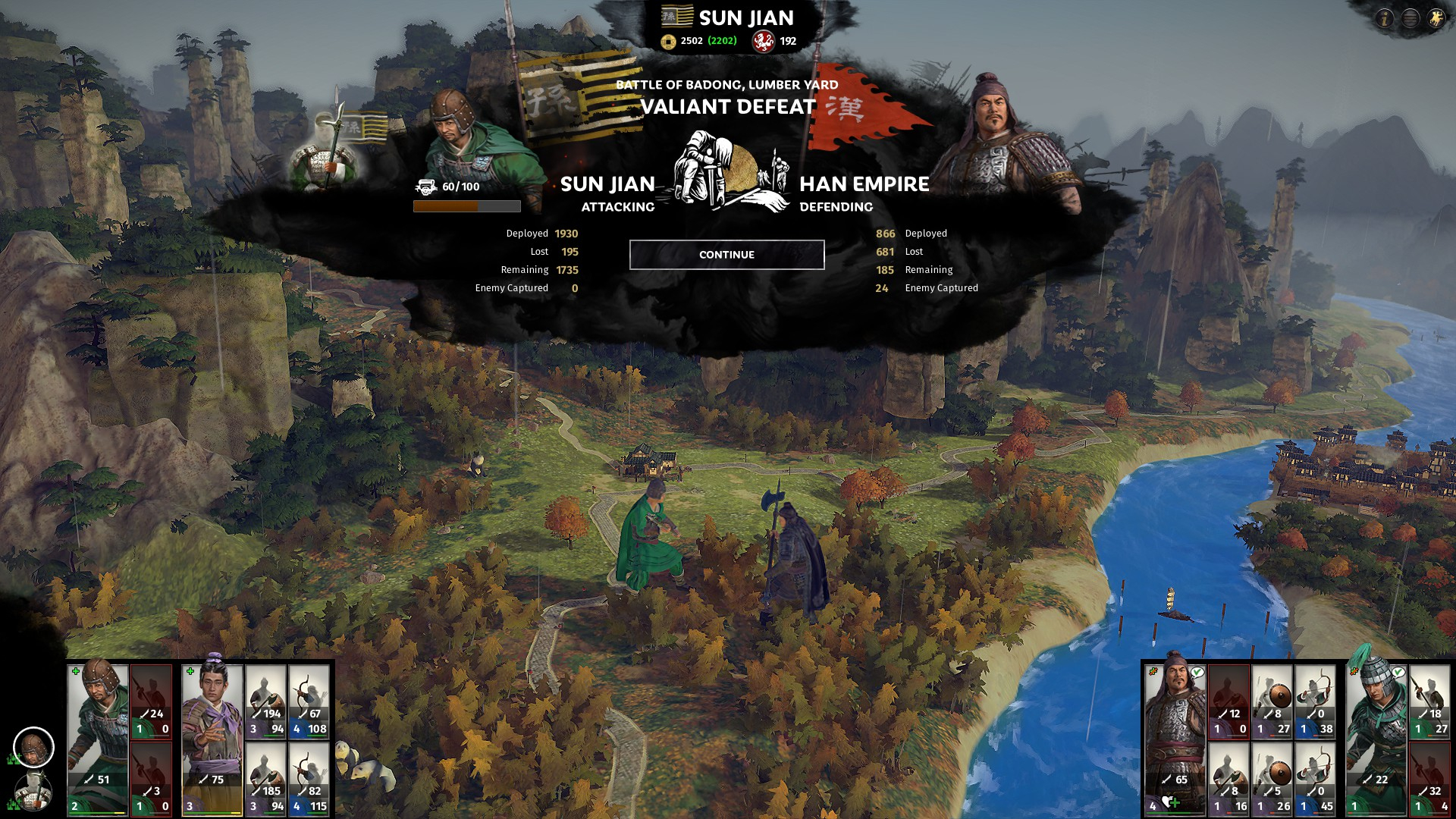