How to make Grimgor awsome! 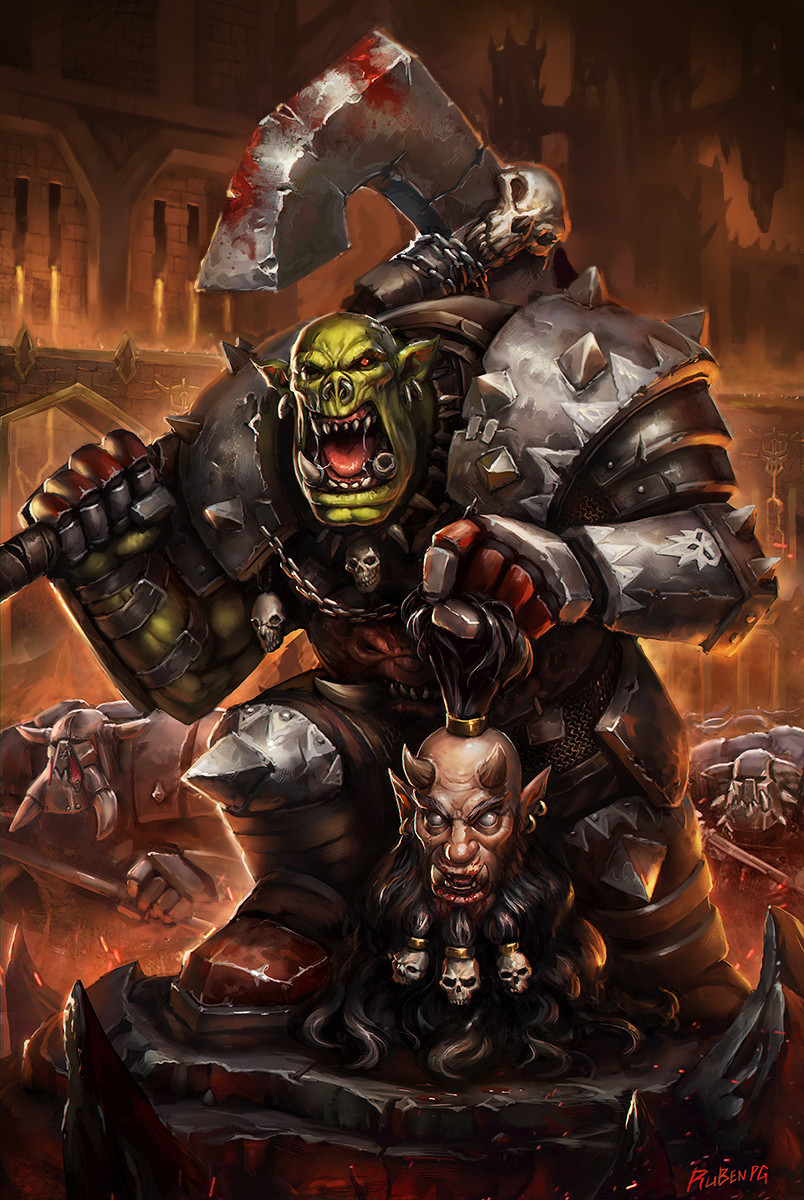 So heres the thing. Grimgor is lackluster. He is a footlord that, although he has amazing offensive dmg, he lacks greatly in survivalibity. He only has 45 MD and 75 LD. Which would mean, he gets THUMPED by any decent Melee Lord, especially if hes on a mount. His item, Gitsnik, does very little in the overall combat as it is a cooldown item.

"Da Best" So what does this effect meant to be? Basically, in the Lore, Grimgor is the very definition of a brawler. He gets stuck in the thickest of fighting and continues to not only dish out dmg but take him too. Often, it is stated in the lore that he would continue fighting even after all of his forces have been routed like his battle against the stronghold of Hellpit or his duel with Crom the Conqueror and his Kurgan hordes.

This basically remedies Grimgor as the ultimate melee brawler. He is the STRONGEST when he is in constant melee combat. However, the moment he gets out of melee he reverts back to his basic statline. What does this entail? You WANT Grimgor to be stuck in the hardest of fighting. He is the ANCHOR of your army, an unbreakable wall of death. However, the moment he is out of combat and your army is routed, he would likewise rout as well, being close to the lore when he fought at the Battle of High Pass, where he was the last orc still fighting and he was forced to retreat. As the enemy, you want to snipe down Grimgor or stay your distance away from him. This makes him susceptible to cycle-charges and long-range attacks.

He is the very definition of a BRAWLER. He dosen't need to be the killiest lord (Like Tyrion) or the most durable (Like Sigvald). He is a balance of the two, the unbreakable and high melee dmg making him an awsome frontline brawler that could hold the weak and frangile line of a Greenskin army.

COUNTER-OFFER: If the augment is too powerful for a melee lord, I'd also suggest to add rampage to Grimgor after a certain amount of time had passed or when he reached a certain HP %, making him an unstoppable but uncontrollable killing machine, as per the lore.