Map Design, My No.1 Concern of the Game in its Current State

YANGXu Registered Users Posts: 19
June 2019 edited June 2019 in General Discussion
After playing several campaigns on very hard and legendary difficulties, I found the game in its current state is quite decent but apparently not without some big problems. My major issue with the game is the map design, which makes the grand campaign really not that grand. I think that this, either on its own or when associated with other factors, could cause a number of problems such as the lacking of replayability.

I think there are two major problems with the map design.
1. There are just too few factions on the map and the majority of the settlements are either occupied by the Han Empire or abandoned. I usually find myself very quickly in short of opponents. It happens in many Total War games or, really, any strategy game that after a certain point the player could just steamroll the entire map. It just feels like that in this game that point came too early and too easy. Minor factions cannot even raise a full stack whereas the major factions could rarely maintain more than 2 full stacks. (I normally claim the Kingship by turn 60 or so)

2. The distribution of settlements and factions is also questionable. The map is huge, but most factions are located in the middle and the north but at the same time only occupy half of the map, practically leaving the other half empty (which btw gives Sun Jian free access to a huge chunk of China and makes him the most 'delegatable' faction even on legendary).

My suggestion for solving the problems would be coming back to the historical facts. The following is an administrative map of the Eastern Han. 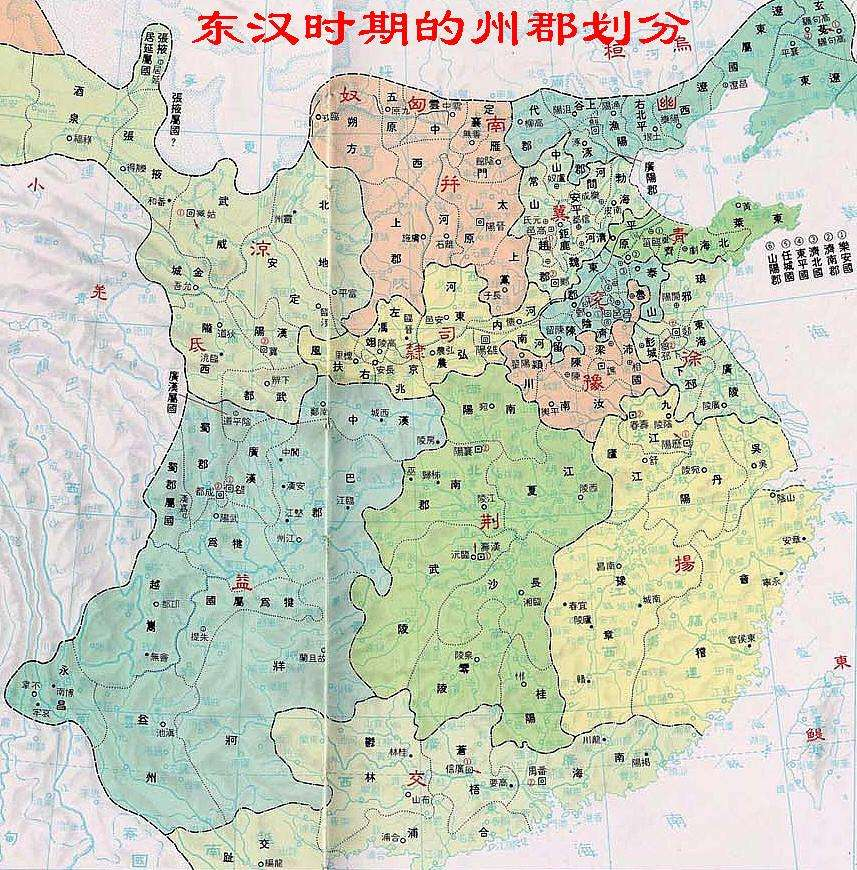 Even if one cannot read Chinese it is not difficult to see that the majority of the commanderies are located in the middle and the north. In fact, out of 105 commanderies, 73 belonged to the 9 provinces in the north and only 32 to the four southern provinces. However, the distribution of settlements in the game is pretty much half and half. Of course, the game cannot include all 105 commanderies, but obviously, the middle and northern region is very poorly represented. Therefore, I would suggest increasing the number of settlements in the north and reducing that in the south. In addition, put more factions into the game. It does not matter if they are playable or not, just put more factions into the game.

Lastly, I must say that I am very unsure of the 'chapter DLCs'. The map could only be more consolidated as time went by. You will have even fewer factions to play as, and Cao Cao would certainly be the Boss of almost every later chapters. More importantly, Cao Wei was not like the WRE in Attila. It basically dominated the country by occupying the most developed and populated territories. You could say that unifying China is just an issue of time for that faction. (In history, it was its political successor who achieved it.) So, how to make Cao Wei a challenging faction? And how to make the experience interesting if the players were tasked with fighting the same boss in every chapter?
Post edited by YANGXu on June 2019
Tagged:
Flag 4 · 4Like