Anybody ever wondered what's in the Southern Wastes?

amon_chakai Posts: 187Registered Users
July 2019 in General Discussion
So over the years GW released an ever changing Warhammer Fantasy world and expanded on a number of places which were rather vague in the beginning (Lustria, Albion Norsca) but I haven't ever read much about the Southern Chaos Wastes.

Anyone know any lore/fluff about this place?

The only thing I could find was the following from the Lexicarnum (apparently referenced from the 7th edition Beastmen book):

Surrounding the South Pole are the Southern Chaos Wastes. Containing one of the highest concentrations of Beastmen in the whole world, this continent is thankfully separated from all others by water.

Anybody have any theories? Supposedly the southern polar gate of the Old Ones collapsed around the same time as the nothern gate. The difference I would assume, however, is that the southern pole is relatively lifeless, like Antarctica, compared to the north pole which borders/connects to most of the world. Therefore, in the south, there would very little life for Chaos to corrupt into spawn, monsters and beastmen. 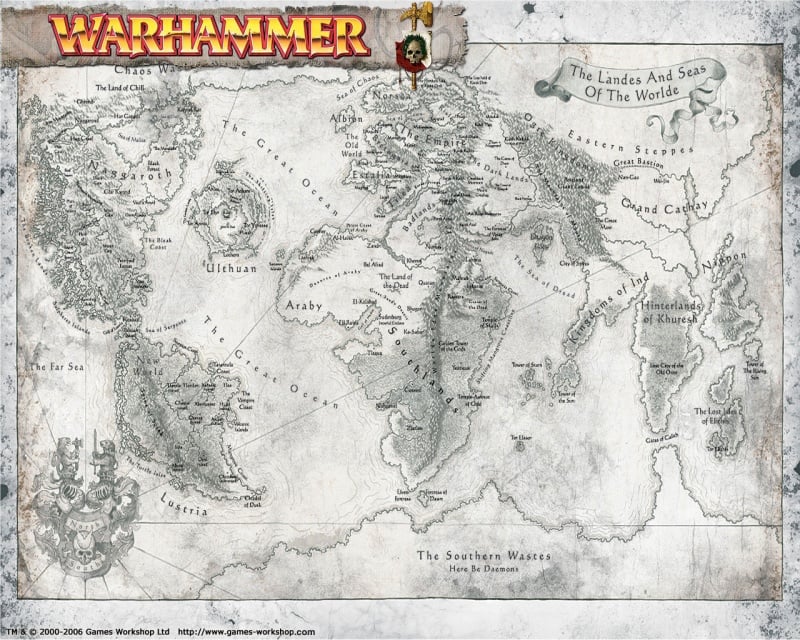 The WHFB world map (from 7th edition I think) shows the message "here be daemons" in the southern wastes. So daemons then, not beastmen? Doesn't that that make more sense? In an Antarctic-like wasteland what would beastmen do without the forest? Eat each other? Hunt seals?

In Total War, beastmen can traverse the sea (on the back of some kind of leviathan monster?). The lore above, however, says "this continent is thankfully separated from all others by water." Possibily meaning that there are no trees there to make boats (assuming beastmen would know how to make a crude vessel).

So yeah, just wondering out loud here. The southern pole, Antactica, has always been a source of mystery and fascination, a place where "nature conquers man". And of course a source for fantasy and sci-fi material too, from crashed alien UFOs (the Thing) to first human civilization cities (AvP), Nazi bases and Lovecraftian ancient gods (Mountains of Madness).