How to BEST implement the Ogre Kingdoms

GreyKnightDantes Registered Users Posts: 217
August 2019 in General Discussion
So I got this idea going on how best to get the Ogre kingdoms implement well. Basically, there are two things in Ogre society, eating and fighting. So....I've come to the conclusion that the best way to make the Ogres feel like the hungry nomads they are is by implementing this. 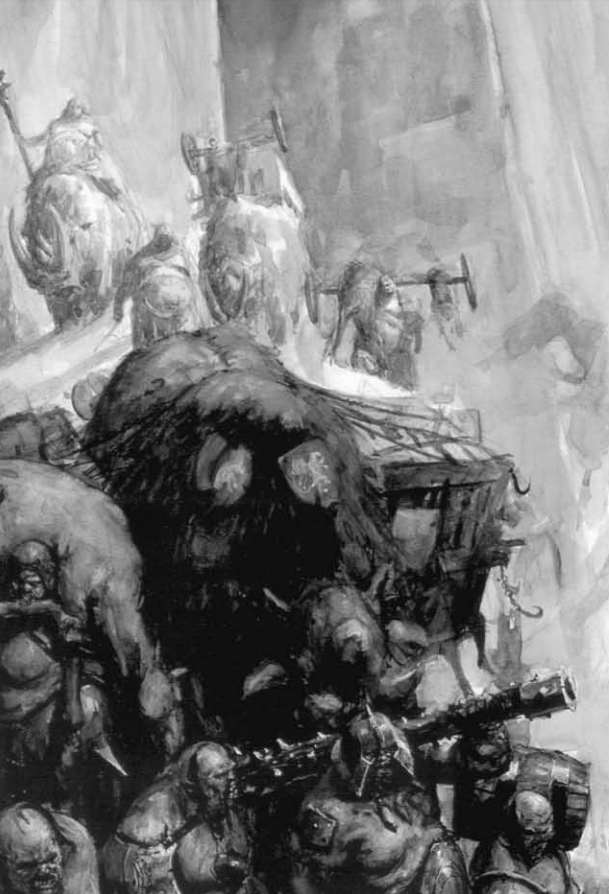 Ogres are nomads. There is no denying it. They are ALWAYS on the move. So, more than likely, the best way to implement this is to make a Horde faction. Now WAIT a minute before you call your local Witch Hunter and have me burned for heresy because this is a SETTLED HORDE type of faction. Think of the Horde factions in Attila. They are hordes yes, but they have the option of settle on lands they conquered. This should be PERFECT for the Ogres, as then they can be both a Horde and a Settled faction that can pop up ANYWHERE on the map. However, they should never be FULLY settled and so there should be an incentive to move to the next "grazing ground", which comes to my next feature.

FOOD! Feed Me! Feed me NOW! 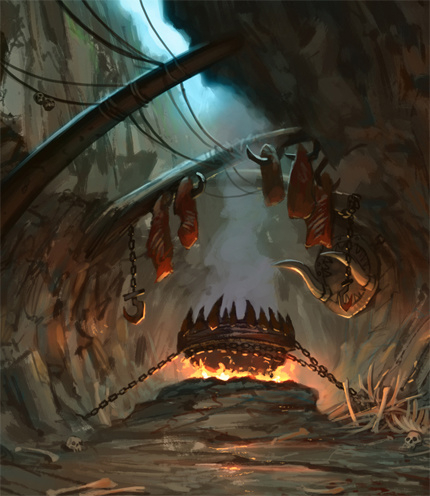 Just like the Skaven, the Ogre campagin feature should focus on two things! Food and MONEY! Like the Skaven, the food meter can have great bonuse to an Ogre faction or a great negative should they not be fed, because they are OGRES afterall! As such, these twin resources must always be sought. One way is to continously attack, raid or loot armies and settlements for not only their money but hte food as well! Or perhaps they can implement a new trading feature where they can be allies or "hired mercenaries" for a faction, whereby they are given like a mission statement by one of the factions in return for their continued service and the Ogres get a constant supply of food in return. And, if the Horde/Mercenary life gets tiring, they can always settle down in a settlement and become a settled faction. However, they shouldn't be settled which brings me to my next feature. 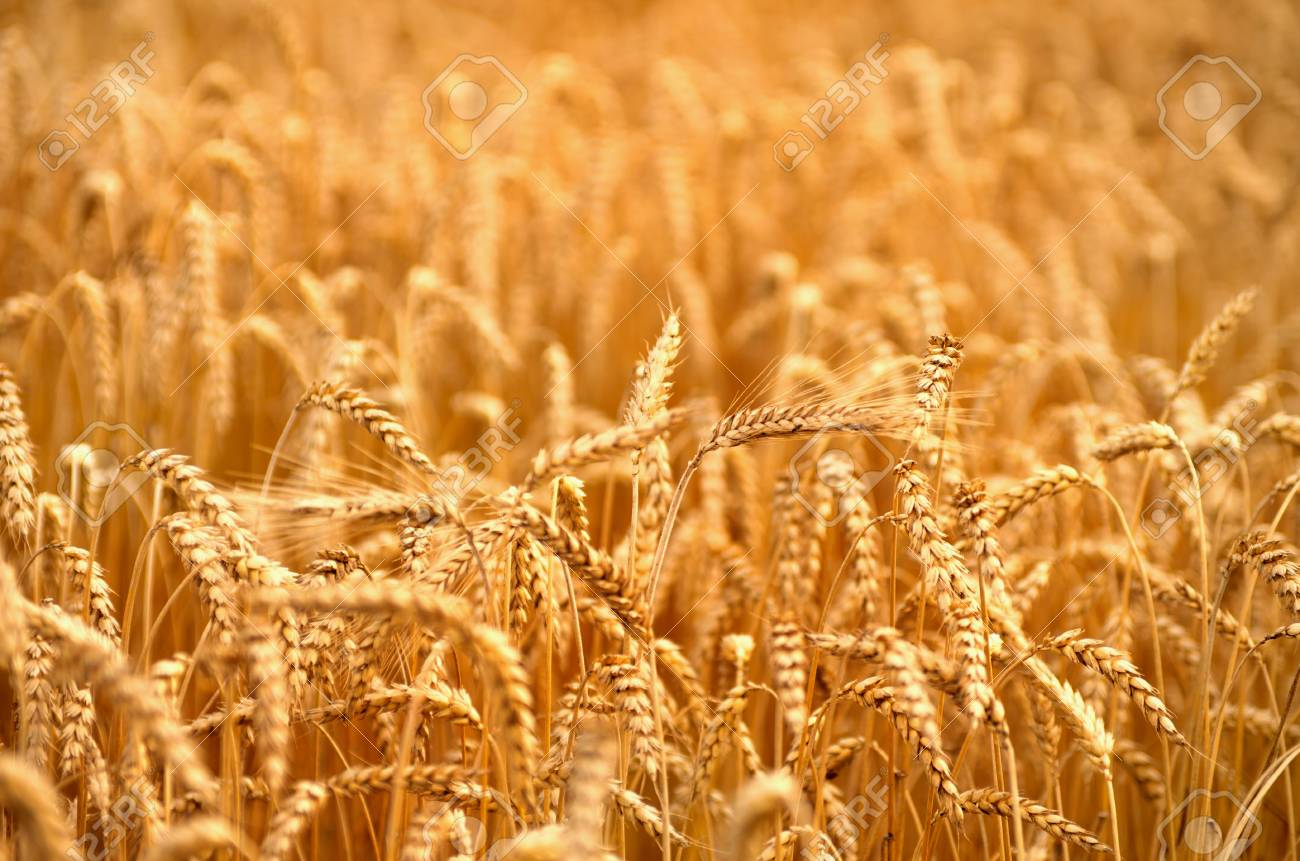 If an Ogre faction DOES decides to settle down, each province in the world map should have a deciding factor of how "fertile" it is. Basically, once an Ogre horde settles, for the first dozen turns, they get ample bonus of food which should feed that horde army. However, overtime this fertility will go to barren and cannot support the faction anylonger unless perhaps they heavily investe in research and buildings to make it so that its atleast "managable". This essentially introduces this idea of MIGRATORY HORDE, whereby these hungry Ogres would go from one grazing ground to another for food. As for the Ogre Kingdoms lands themselves I have this one last idea. 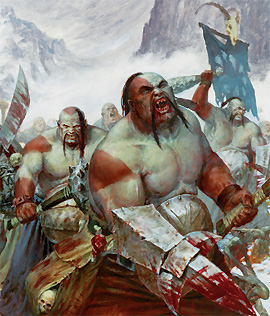 I think they should implement where hte homeland of the Ogre Kingdoms have a SET fertility rate, whereby it allows the Ogres there to settle without having the move constantly. Basically, it is set so that it will provide ENOUGH food to feed the Ogres but NOT as abundant as if they were to go out West and look for new lands. This way, the Ogre Kingdoms is a spot where you can either fight your dominace against othe Ogres for territory or you can strike out west and make a new kingdom of your own!