Reloading save when reaching 10 fealty skips the confederation event

In my case, I initially chose to confederate with Averland on turn 10, but immediately regretted that decision. Therefore, I chose to reload my turn 10 save so I could assert his independence and get +1 Imperial Authority instead. To my horror I saw that the event would not fire again. I reloaded a couple more times, but as you can see in the first screenshot, I had 10 fealty but no Imperial Authority was gained (or lost) because the event would not fire (turn 10 save file). 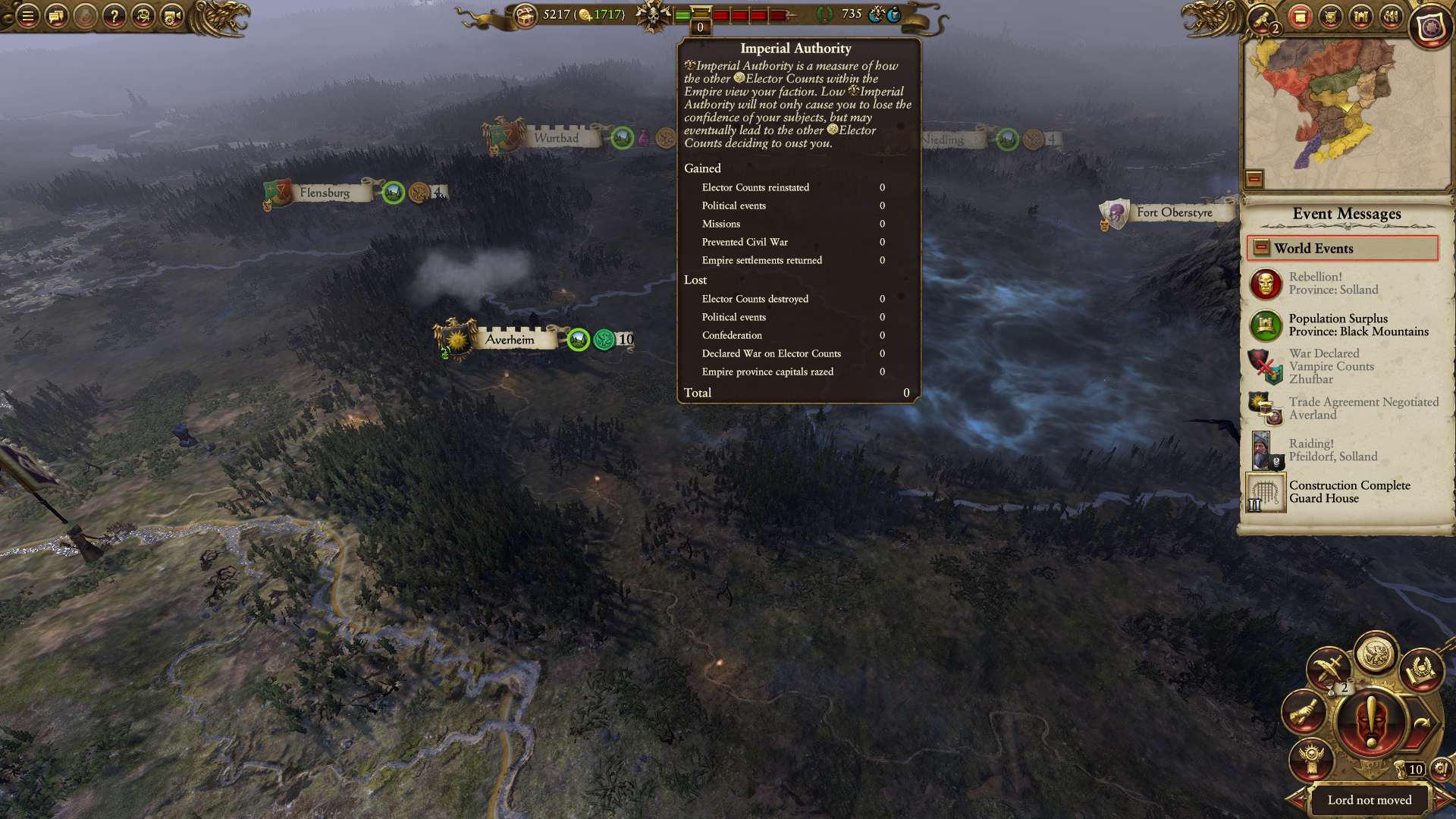 In the image above, you can see Averland has 10 fealty but I have not gained or lost any imperial authority from the confederation event because it did not fire.

I decided to play several more turns to see if the event would pop back up (it didn’t, see turn 18 save). Eventually, on turn 29 or 30 I had a DIFFERENT event choice that dropped Averland's fealty to 9. By luck, on turn 31, Averland's fealty went up to 10 by random chance. I once again got the confederation event and made sure to manually copy my save to another location to test my hypothesis. I chose to confederate and ended my turn to make the game generate a new legendary auto-save (to prevent a repeat of my turn 10 issue). I then reloaded the start-of-turn save to test my hypothesis and lo and behold the event had been skipped again (see third save file) and my suspicions had been confirmed. Also see my post-confederation event save to prove that the event did pop up initially, but that the save just before won’t fire that event on reload.

This evidence strongly suggests that something in the save mechanism of Total War: Warhammer 2 prevents an event from firing on reload. Obviously, if you already resolved the event and saved in some way, this is not a problem. However, if you choose to reload a beginning-of-turn save file this can be particularly brutal as you are forced to either go to war with the Elector Count or somehow drop their fealty to raise it again.