Possible FLC for the High Elves, your potential candidates.

[Deleted User] Posts: 307
October 2019 in General Discussion
With the fact that the next DLC will likely be Dark Elves vs Skaven, The High Elves would have been the race to have gone the longest without any new content since The Queen and The Crone. Assuming that the FLC lord going along with the next lord pack won't be a High Elf, this makes it a very long drought for High Elf fans. This drought will likely end with the probable arrival of Eltharion the Grim vs. Grom the Paunch, but that still asks the question. Who would make a good FLC to go along with this? Keep in mind that when making FLC, CA considers characters who are well known enough to be candidates but not major enough that they'd need their own major pack to expand them. They'd need to base their campaigns off units already in the base game, and they need to be fairly cheap to make since they're being handed out for free. For this, I'll assume Eltharion won't be in due to his probable rivalry with Grom, and Korihil is gone due to Alastar filling the role he'd likely have. With that, in no particular order, here are the most likely candidates. 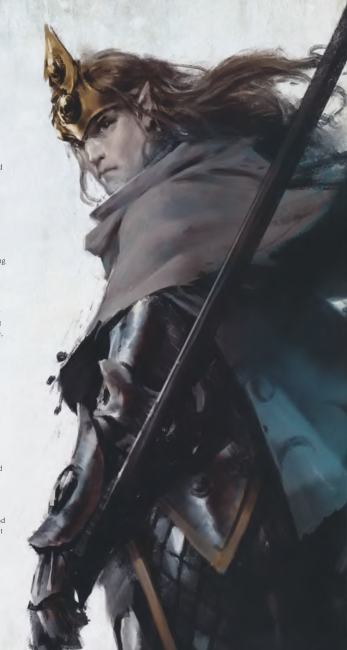 Prince Imrik is the current ruler of the Kingdom of Caledor, one of the last descendants of Phoenix King Caledor the Conqueror and the greatest living Dragon Prince. - Warhammer Wiki

The most obvious arguement for putting Imrik in as FLC is.....well, dragons. He'd be a lord who would likely give buffs and upkeep reductions to Dragon Princes and Dragon units. Given that these are some of the most popular units the Asur have, it's no wonder he's is one of the most popular choices. Battle wise he'd likely be focused on monster slaying, using his Star Lance with massive armor piercing and Dragon Minaithnir to dumpster any monster they run into. This would make him a very interesting option. He wasn't in the 8th edition High Elf army book, but to be fair Nakai, Helman Ghorst, Alberic and several others weren't there either, so it's not like this seals his fate.

My only concern would be, where the heck would CA put him? Of course the obvious answer would be Caledor, but there are some issues with geography in that regard. First of, if he starts in Vaul's Anvil in Caledor, he'd be starting right on a ritual resource site. Unless they plan on making his campaign so hard he needs it or plan on moving it, I don't think he is going to start there. Not only is it also right next to Lothern, but Caldedor starts at war with Noctilus. Unless there is a thematic reason, such as a lord pack, CA generally avoids having Legendary Lords fighting on turn 1. So lorewise, where could we put him that makes sense? These may need to be addressed. 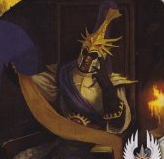 The current Sea Lord, Aislinn, is a phenomenal tactician and implacable foe. Under his control the High Elf fleet has gained scores of impressive victories. While none question his successes, it has been noted that Lord Aislinn carries out his duties with ruthless enthusiasm and an air of viciousness that many in the courts of Ulthuan find distasteful. Indeed, Finubar himself has made note that not even the counsel of a king will sway Aislinn's thoughts once his mind is made up. - Warhammer Wiki

The High Elf equivalent to Lokhir Fellhart, and like Fellhart, he has a lot of potential for a unique High Elf experience (Though some of that was a bit wasted with old Squidboy.) He'd be a maritime Elf who focuses on sea travel, likely gaining bonuses to sea travel and leadership when fighting at sea. He may also have the Vampire Coast ship mechanic or a downgraded version, though I'd imagine they'd have to give one to Fellhart too. In fact, the fact that Fellhart is in the game could give him an edge, given CA could set up a rivalry in game between them. In my mind the best arguement for this guy is, as a naval commander, you can put him pretty much anywhere and you can justify it. I imagine the Sea of Dread in the Southlans would make a damn good location for a maritime based High Elf Lord. 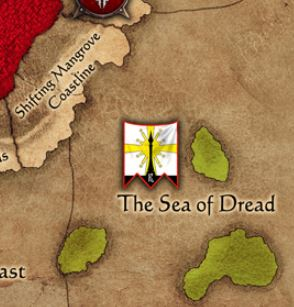 His biggest drawback would be his unit of focus, Lothern Sea Guard, may not be all that enticing of a focus for a campaign, given High Elf players tend to spam them anyway. It'd make them easier to spam, but you aren't really encouraging new play styles or tactics with him. Combat wise, he also may be a bit disappointing. I'd imagine he'd just be a buffed Lothern Sea Guard and fight like Wulfhart of Alith Anar only having an Anti Large bonus in melee. While his outward campaign may be interesting, his battlefield uses might be underwhelming compared to our other options. 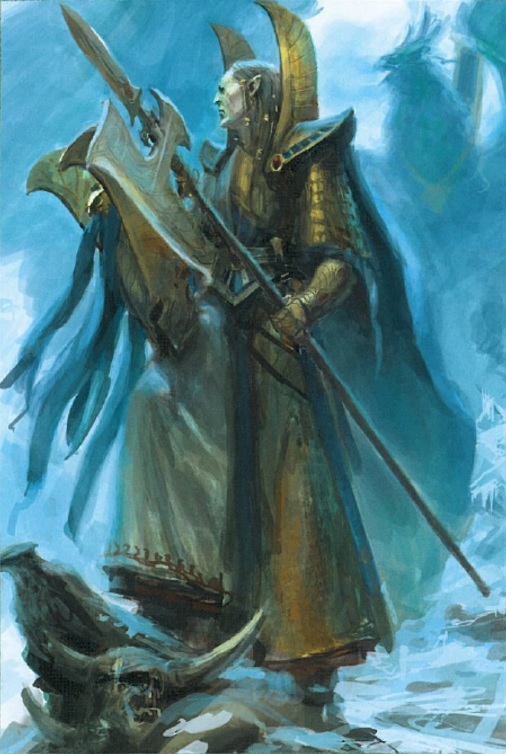 You like Phoenixes? Caradryan will give you your Phoenixes. His campaign would focus on Phoenix Guard and Phoenix units as you go and conquer the world in the name of Asuryan. This could make for a very fun thematic army, that might get a bit of a push due to Age of Sigmar. For those of you who don't know, Age of Sigmar recently released an army book for the Cities of Sigmar, that focuses on the cities who fight for the side of order. One of these cities happens to specialized in these units, so there is a slight chance GW might nudge CA to release something related in an attempt to bump up model sales. Caradryn would also likely be the cheapest lord to make since he doesn't need a voice actor. Since he's mute, you save a lot of money on a model that wouldn't be too expensive anyway. He also might be give incentive to buff up The High Elf's generic lord choice if Annointed of Asuryan are released with him. High Elves desperately need new generic lord options, and since Arch Mages will likely be DLC, these guys might fill that gap.

His biggest downside, like Imrik, is where to justify putting him since he's normally stationed in the Shrine of Asuryan, right next to Tyrion. CA would have to get more inventive than that, also him being mute may proved to be awkward in the cinematic moments of the Vortex Campaign, since he'd just be standing there saying nothing during quest battles, the opening or the final fight where the other generals have their speeches. This may prove to be a bit awkward.

These are, I feel, the most likely candidates for a High Elf FLC lord. WHo do you think will make it?