I defended the city of Tor Elasor against the 2 Skaven stacks that spawn in. Since I was still recruiting I did not pursue to fully finish them off. They attacked again (I guess they are coded to attack over and over until killed off), but since they no longer have siege attackers (rat ogres were killed) they cannot lay siege properly.

I cannot start the battle or auto-resolve. And I cant decline since its the AI's turn.
The campaign is now hard-locked since legendary triggers an auto-save when a battle started. 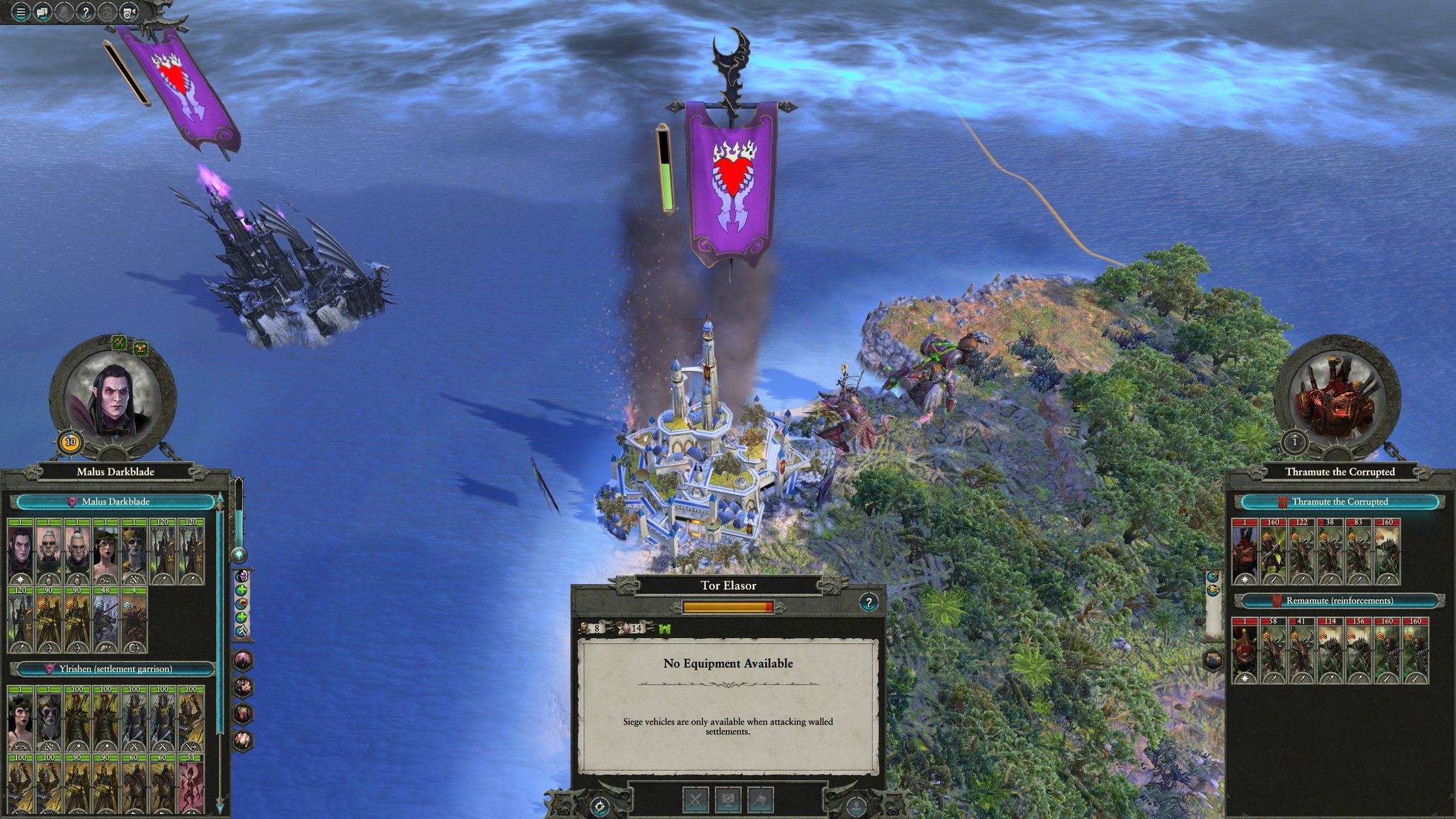