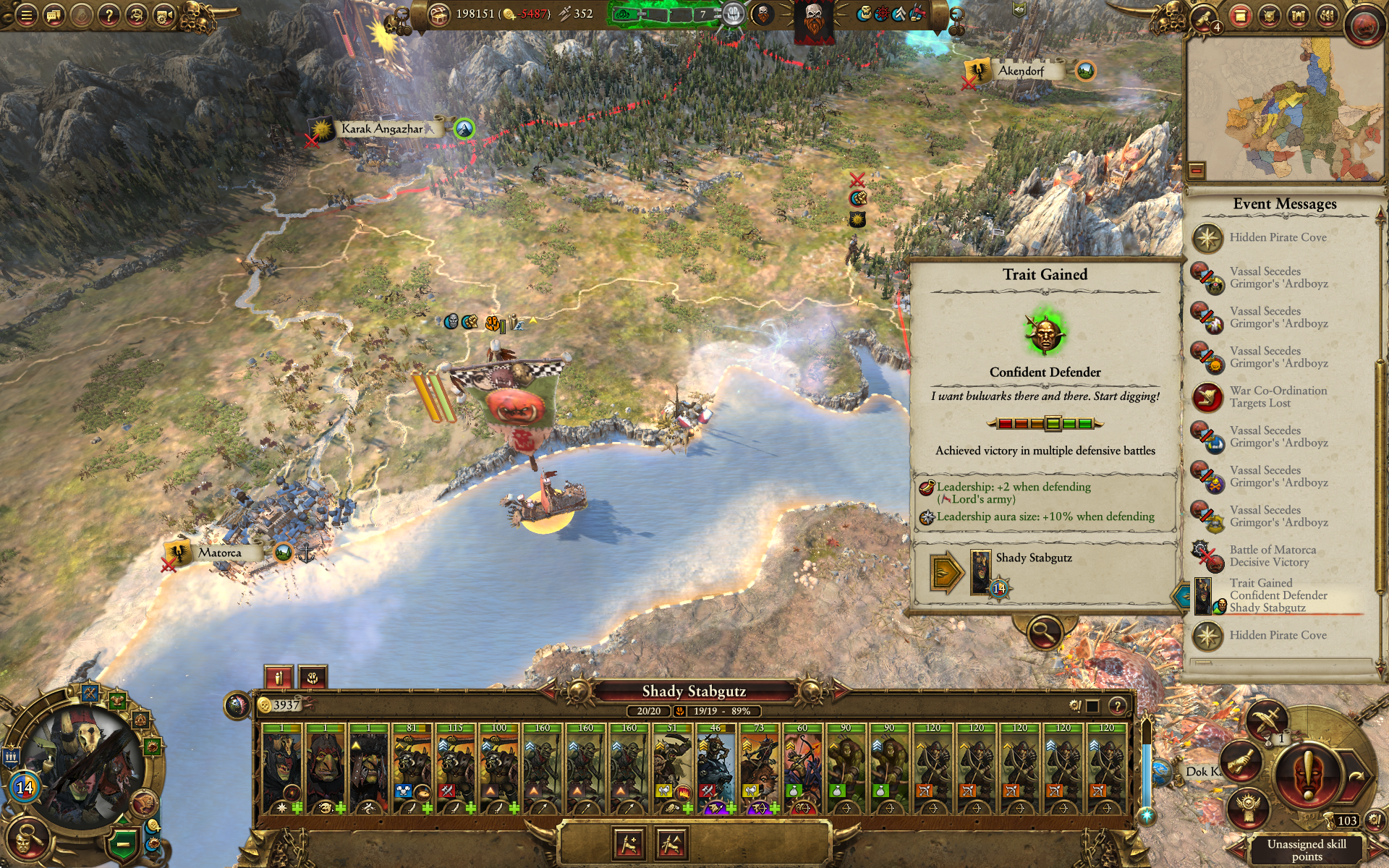 As Grimgore, I had painstakingly united all the orc tribes (as you do) and then they all secede at once during a Skull Reef Sea Battle, bar the recently awakened tribes.

May I suggest that the possible issues are:

1. The Pirate Rebels faction is ultimately rich (they own all the treasure islands).
2. When you attack a treasure island the game thinks you're being attacked by the Omnipotent Pirate Rebels
3. All vassals consider their options for survival minimal and secede.

The attached savefiles are the before and after event.

Trawling comments I've seen this is a bug that was meant to be fixed.

It's not too bad for me atm because its orky.... dey jus' wantz sum ov da loot so deyz get awl fighty.