Michael4537 Registered Users Posts: 2,376
June 2020 in General Discussion
Hello ladies and gentlemen, filthy Chaos mutants, and a particular plain ape that I occasionally like to steal this kind of introduction from.

There's been a lot of talk about Cathay and Game III factions and races and all that jazz, and it got me thinking about the factions, lords, and legendary characters that could fill out the areas of the Far East outside of Imperial Cathay (I'm also working on gathering absolutely everything I can find about Cathay, but there's a lot of information to go through). Given my partiality to Lizardmen, the first that came to mind was, of course, Oxoytl. So hold onto your butts, we're about to take a journey to the warp itself and then back to the Chaos-infested jungles of the Hinterlands of Kuresh.

Oxyotl - He That Hunts Unseen 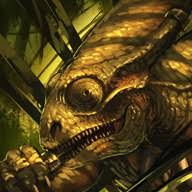 This here not-too-pretty-looking fella is Oxyotl, the most badass of all Chameleon Skinks. Spawned before the Great Catastrophe in the temple-city of Pahaux (the only place where Chameleon Skinks spawned), Oxyotl was already legendary among the Lizardmen before Daemons surged into the world. Oxyotl and the other inhabitants of Pahaux battled Chaos for hundreds of years until the magical shields protecting the temple-city collapsed. He and his Chameleon Skinks defended the Slaan Mage-Priest Pocaxalan who was planning go full kamikaze á la Lord Kroak but some Tzeentch trickery made the spell go awry and the center of the city was teleported into the realm of Chaos while the rest disintegrated to ash. 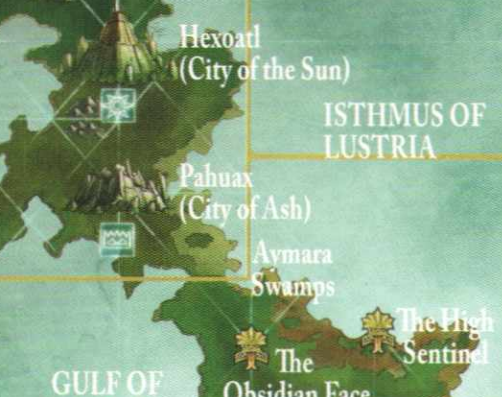 The name sound familiar? The Terradon Riders RoR, the Pahaux Sentinals, have this city as their namesake. It is now known as the City of Ash and the scars from battle still mark the city as a barren wasteland.

Within seconds the Daemons were upon the defenders, and all were shortly ripped to shreds. But not Oxyotl. Armed with only a blowpipe and unparalleled concealment skills, he wandered the Realm of Chaos for seven-ish thousand years (although time works differently so it didn't seem that long to him), terrorizing the local Daemon populations and developing absurdly strong and deadly poisons from materials he found. Which, to quote 1d4chan, means he "makes poisons strong enough to kill Great Unclean Ones out of literally nothing." Badass.

Basically he's like the Kaldor Drago of Warhammer Fantasy. Except less crazy. And he's just a Skink with a blowpipe instead of a genetically-engineered, uncorruptable super-soldier.

Oxyotl eventually wandered his way out of the Realm of Chaos, something never before achieved save by the servants of the Dark Powers themselves, stumbling across the Lost Temple of the Old Ones in the process, also something that had never been done before (we'll get the that more later). How Oxyotl managed to escape without mutation, death, or being driven to insanity remains a mystery, as Oxyotl himself dares not recount it and even the Mage-Priests refuse to explore his mind for fear of being plunged into madness.

As far as Total War goes, Oxyotl is actually a hero in the table top, but other TT heros, such as Gor-Rok and Tiktaq'to, are now lords in the game. He would have Stalk, Snipe, a 360 firing arc, and Fire While Moving along with his unique item the Golden Blowpipe of P’Toohee (onmygosh GW why) that grants him different blowpipe attacks, a single-missile shot and burst fire, along with different ammunition types with various effects to represent the plethora of different poisons in his arsenal. CA would probably add a couple abilities as well to flesh him out a bit more and make him more useful. 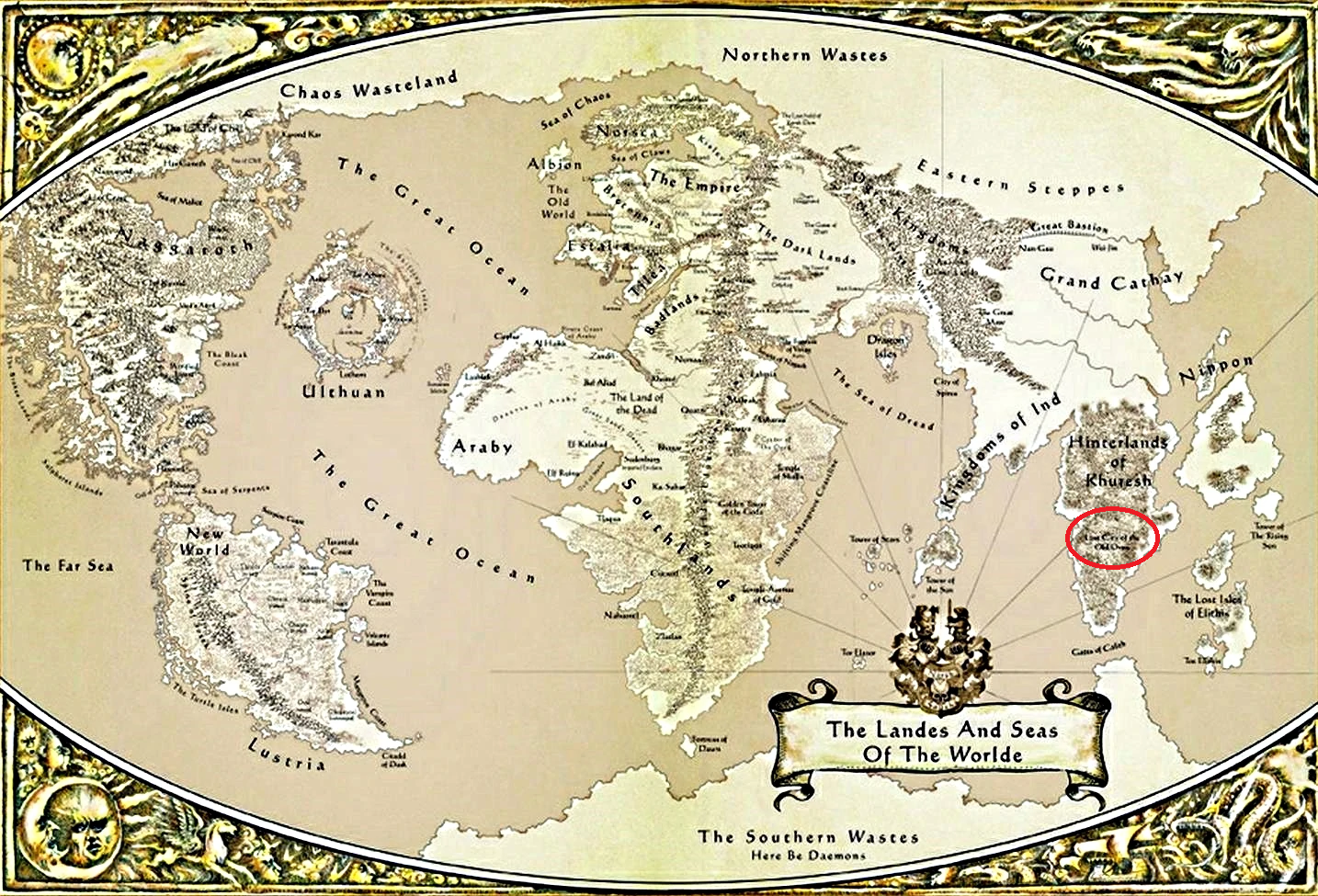 There it is. In the red circle. (The image is a bit blurry, sorry.)

I mentioned earlier that Oxyotl is the only known individual to have visited the Lost Temple of the Old Ones, like a temple-city lost at the onset of the Great Catastrophe. As such, he would be the only individual to know where it is located. It just so happens that a Lizardmen expedition to the temple would place him in the Hinterlands of Khuresh, south of Imperial Cathay, directly east of Ind, and close to the Southern Chaos Wastes. Early enemies would include the High Elves who maintain open trade routes with Cathay, Daemons from the wastes, Beastmen from the jungles, and Cathay itself. It would also save CA the hassle of fleshing out the Naga if they didn't want to do so, since Oxyotl would be the dominant force in the area.

Now this is where things get a bit tricky. The only missing units from the 8th Edition army book are Jungle Swarms and the Troglodon. Aside from that, CA would have to start getting a bit more creative with the unit, hero, and lord choices. The Troglodon with the Skink Oracle could be implemented as a lord, hero, or unit option (Yes, lord or hero as well. It wouldn't be the first time CA has turned a unit into a hero or lord character, so get over it). It could have a missile attack in the vein of either a breath attack or standard missile attack, a couple bound spells to represent their connection with the Slann, and a Roar that would give nearby allies additional leadership and melee attack. The other character options would be a Kroxigor here, being basically the same as the lord variant but less powerful.

As far as units go it's all pretty much whatever could be improved upon or made into variants unless more Forge World units and fluff units are used. The Coatl, Thunder Lizard, and Arcanadon are all massive monsters. Since it's also Oxyotl, maybe a new, more elite variants of Chameleon Skinks with either AP values or snipe... or maybe both. Revered Guardins, elite Temple Guard, would also be a new unit option, packing a set of hero-level stats with a small unit size, the Guardian trait, and being absolute beasts overall. Other than that, yeah I'm kinda out of ideas.

Anyway, thoughts? The start position is assuming the Far East is included, of course.
Flag 14 · 14Like