For those that wants an army painter in Warhammer II

Patrikseve MemberRegistered Users Posts: 1,966
March 2020 in Community Mods
I dont know if CA will every build one, I understand reasonings behind not to. But for those that do want something I found this mod some time ago. Its super simple place it anywere, start it pick any faction change its in battle scheme, save and then it will end upp as a mod that you have to turn on in the mod editor afterwards. I found this one very easy especially if you want to change multiple factions colours. Its also very easy to switch back if you are unhappy. It was made by u/DePa95 on reddit I dont know if he/she is active here. But I like it a ton, easy to use. 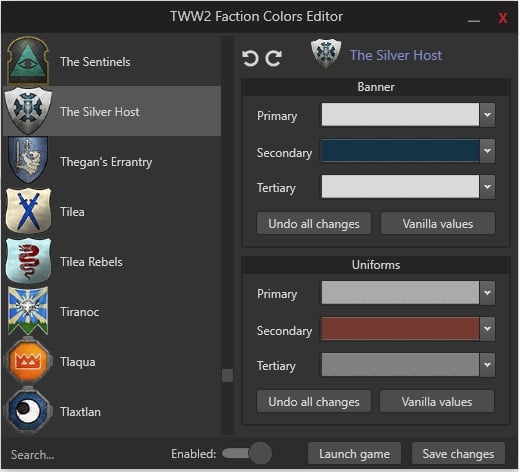