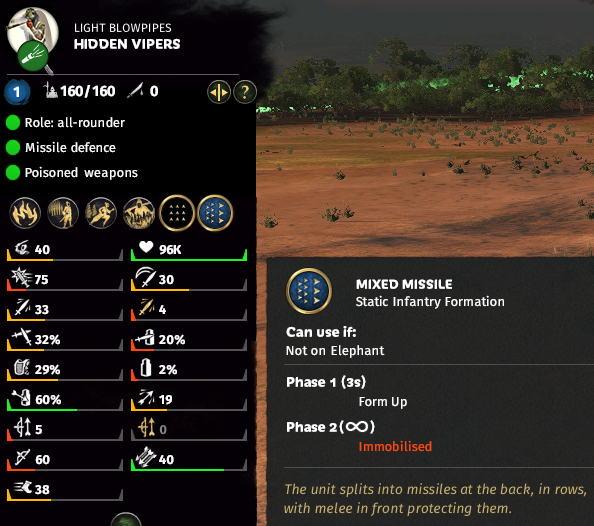 So the new Hidden Vipers get a mixed missile stance similar to chen royalguards and azure dragons, however there isn't much benefits to really do this. For a stance that locks you in place you don't get any buffs while the other two give reflection vs mounted. It would make sense to give this formation charge negation vs mounted like shieldwall as the front row is bracing for attacks.