Units not moveable since x rounds

Peyttanjo Registered Users Posts: 2
August 2020 in Campaign and Battle Bugs
Since the moment i took over the city Megara, I can't move neither the troop with Agamemnon, nor the agent priest Korinsia.

As you can see in the screenshots, I haven't moved them and it seems as if they would be stucked together.

Before the fight, the agent was part of the troop with Agamemnon and i splited her off to use her ability on the city.
Then i started the fight with Agamemnon + troop as well as another hero + troop -> took over the city -> moved to the next round -> moved the other hero + troop -> tried to fuse the agent priest Korinsia back into Agamemnon's troop (didn't work) ->
tried to move Agamemnon's troop (didn't work) .... and here we are 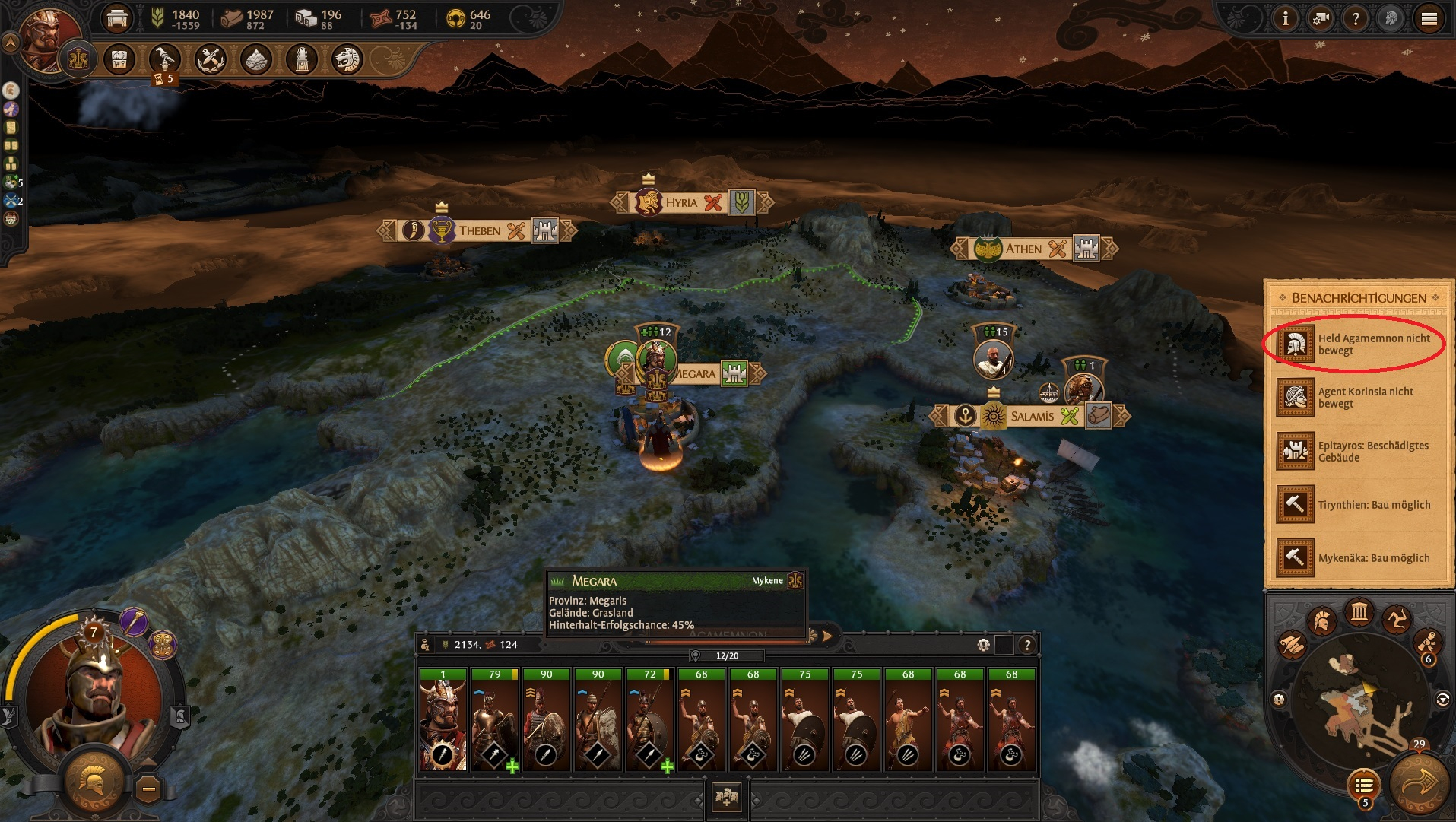 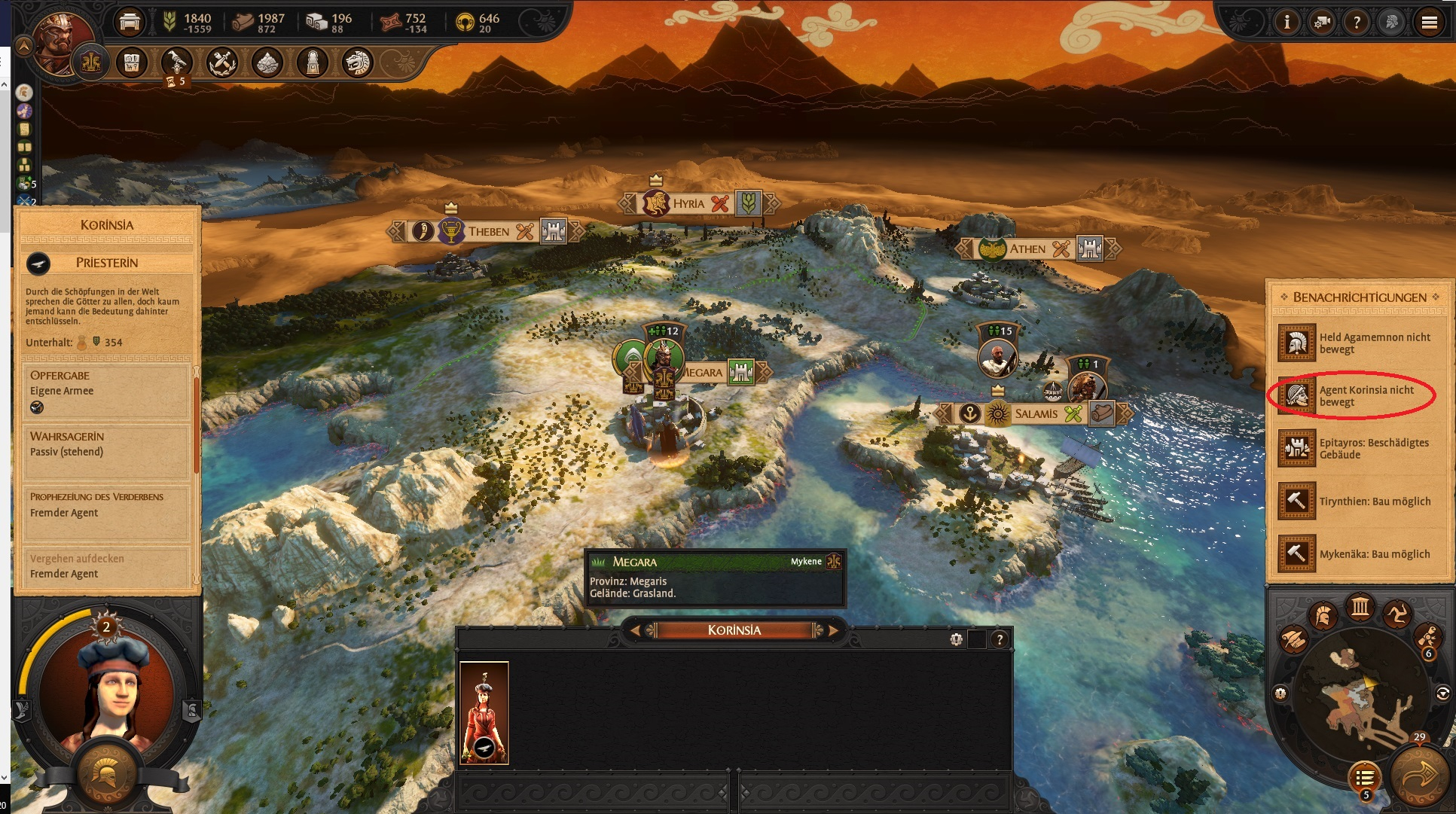