Cortes31 Registered Users Posts: 1,908
December 2020 in General Discussion
Was just looking a bit through the changes they did with Ungrim when I opened the tech tree. 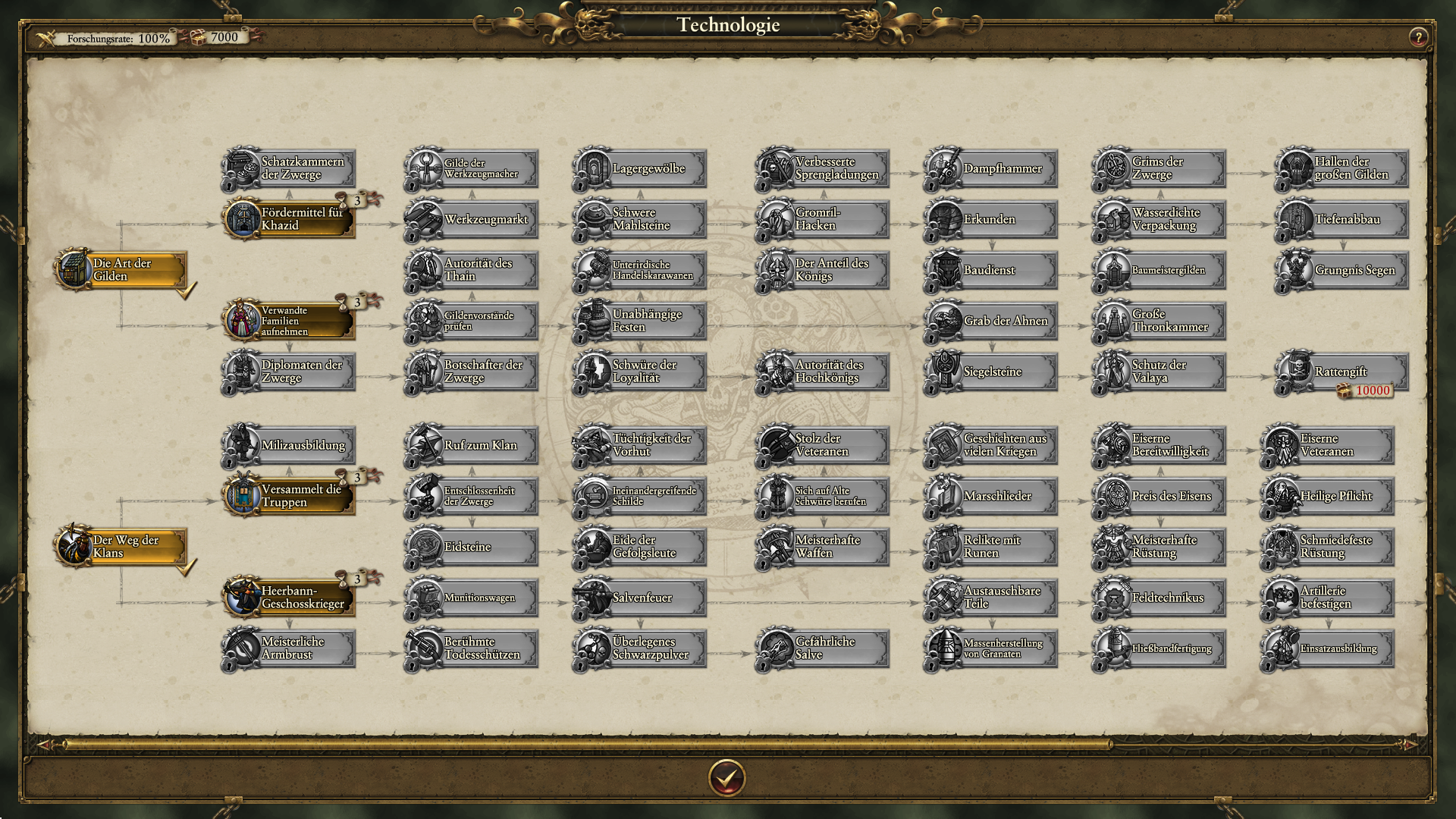 I cannot help but feeling that this tech tree is bloated by now. There are easily a few techs that could get cut because they are redundant on the economy side of things.

Military side of things could do with a regrouping. Several smaller groups instead one big chunk you know.

I really hope the Dwarfs get a rework of their tech tree.
How Warriors of Chaos should to be reworked in my opinion
https://forums.totalwar.com/discussion/269387/the-chaos-warrior-and-the-rework#latest