Karl_FranzII Registered Users Posts: 9
December 2020 edited December 2020 in Campaign & Battle Bugs
reposted from general discussion.
After finishing the quest for Drycha to get Coeddil, I got into a tough battle and lost him and thats it, perma death for a quest hero, additionally he does not have any "immortality trait" in his skill tree

Now for going through the effort of raiding Parravaron and Middleland and two quest battles for a unique hero that can die with no immortality trait by default and no immortality trait in his skill tree seems a bit of a waste
It really is a loss and a time waste for this. I hope this can be addressed because drycha is a fun lord to play and coeddil is a powerful hero, but when the Ai spams heros to assassinate him and hes gone forever, it seems a bit of a waste. 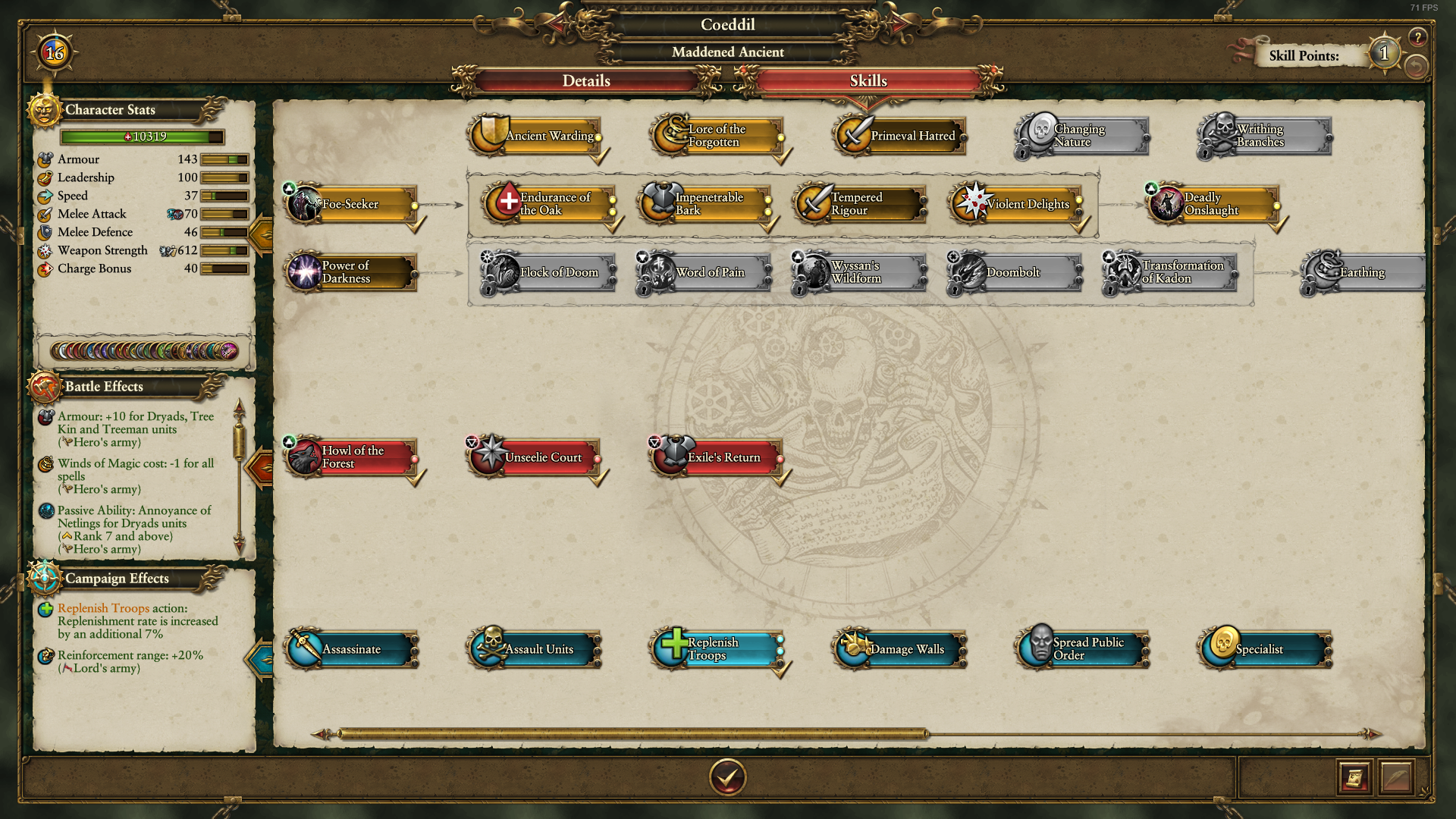