AI should expand much slower

Bereaver Registered Users Posts: 767
December 2020 edited December 2020 in General Discussion
During last year I've noticed several times that AI gets insane amounts of settlements (40-50) a bit too quick for a varied and fun gaming experience. Right now game is detoriating too quick to the phase where are 3-4 nations taking everything and all minor factions are wiped.

I want to tell my last frustrating experience.

So, I've decided to play as Karak Kadrin on Legendary difficulty with Legendary Chaos Invasion, thinking that finally I can get some challenge.

Oh, how wrong was I..... You see, because your first enemies are Azhag, Mannfred, Drycha and other baddies, Empire is free to start its roll, absorbing other Elector Counts, getting free armies and becoming general insane powerhouse. Now I'm left as a spectator in my own campaign, just watching as Empire conquers everything while I do not even have a chance to catch up.

Karaz Ankor faction has died in my campaign early and Greenskins were a rank 1 faction for a looong time. I thought that is great, cood counter to insane Karl Franz's expansion!

I thought so befroe Empire declared war on them. Grimgor never had a chance. Now poor Greenskins are holding on their last breath at the edge of the Southlands.

It is turn 124 right now and Empire has 109 settlements. Some people may say that it is fun to have a powerful enemy lategame, but no! No way I ever would have fun grinding 109 Empire settlements. I liked it much more during of the patches when any LL-faction AI bonuses were disabled and everywhere were a lot of different faction. 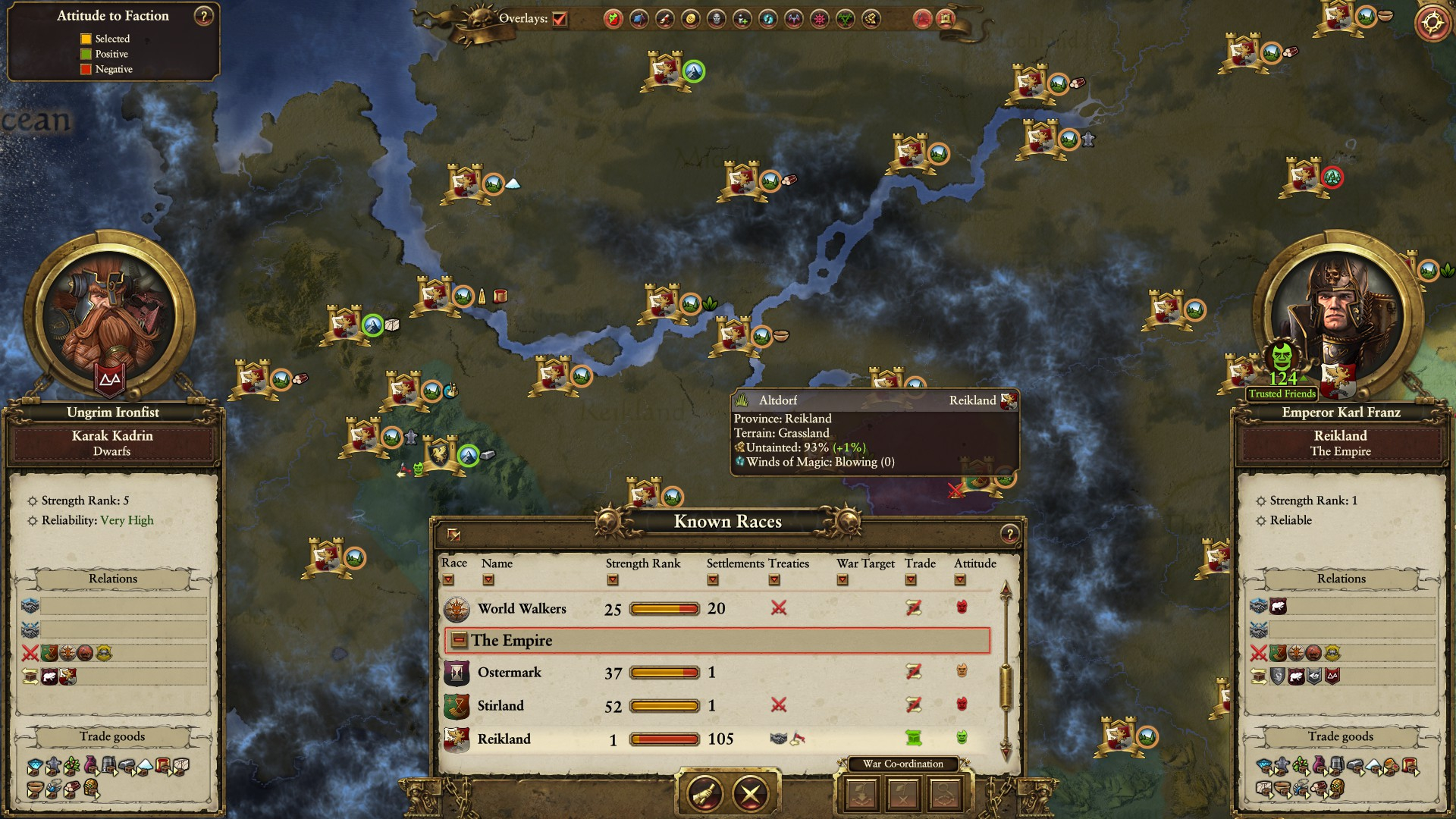 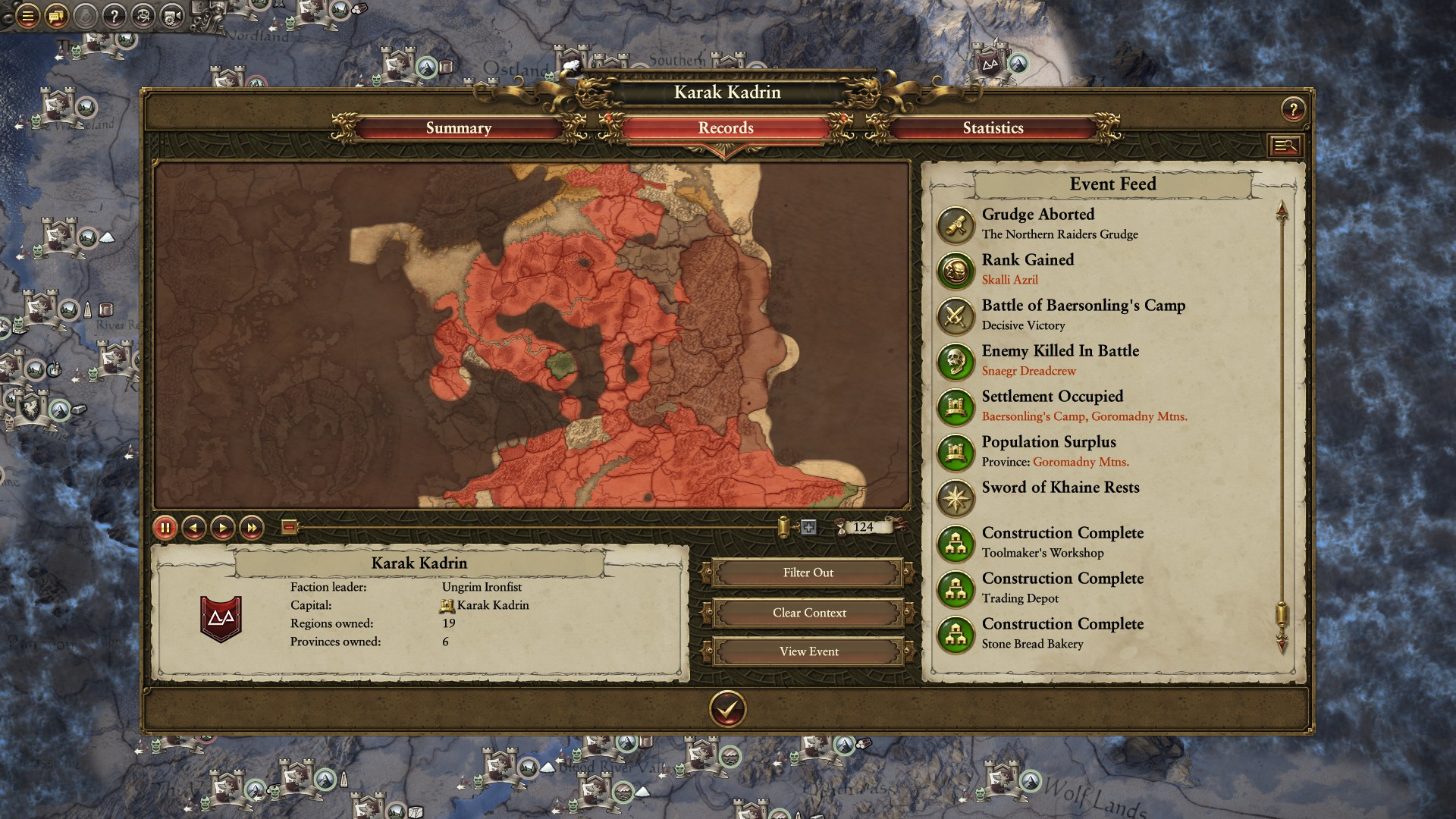