SeanJeanquoi Registered Users Posts: 3,416
January 2021 edited January 2021 in General Discussion
As it turns out, GamesWorkshop expanded the Dogs of War mercenary general (and captain) beyond the basic human one we got in their 5th edition Army Book. Here we see that you could take a variety of races as your general with varying traits, loadouts and mounts between the options: 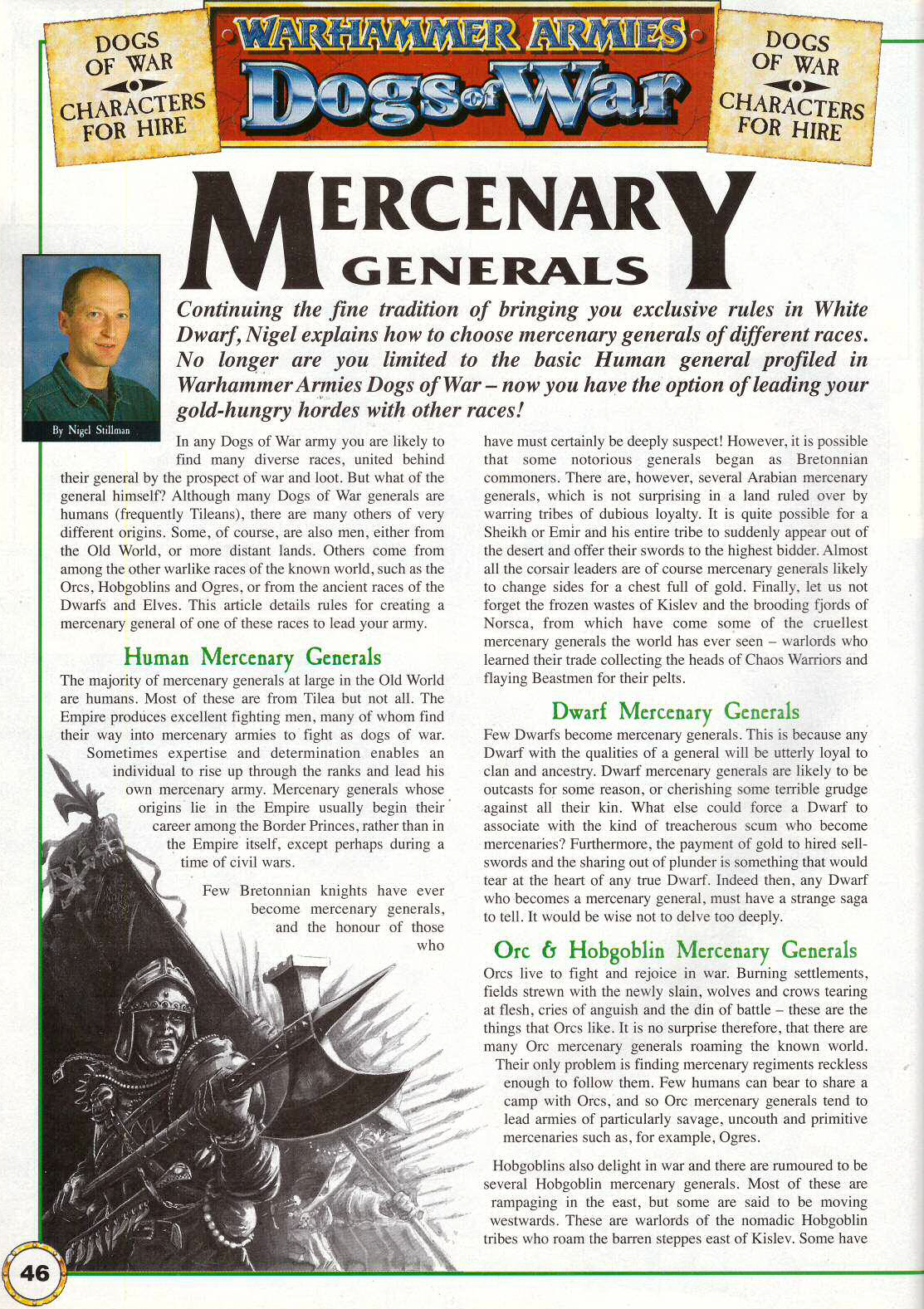 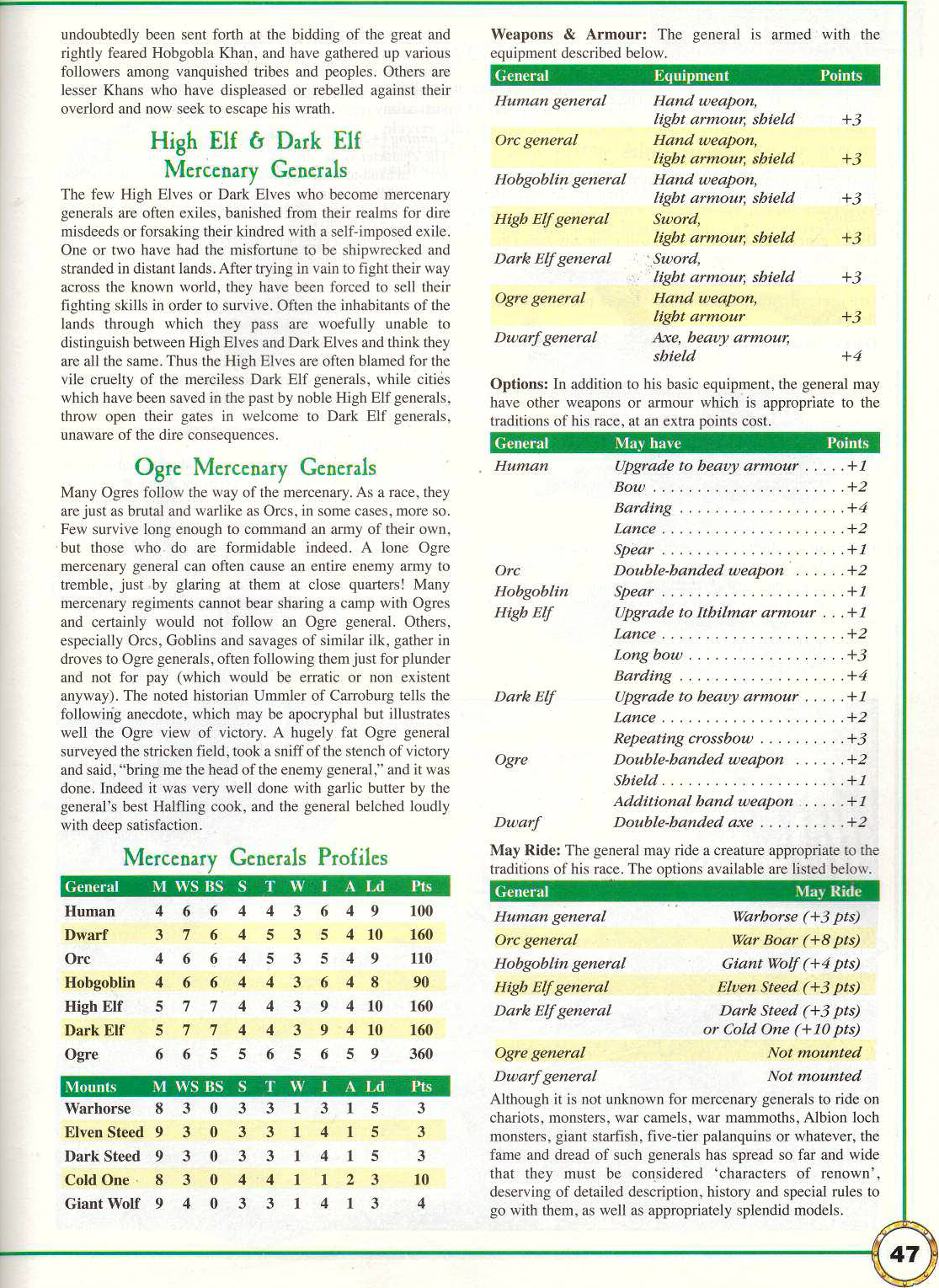 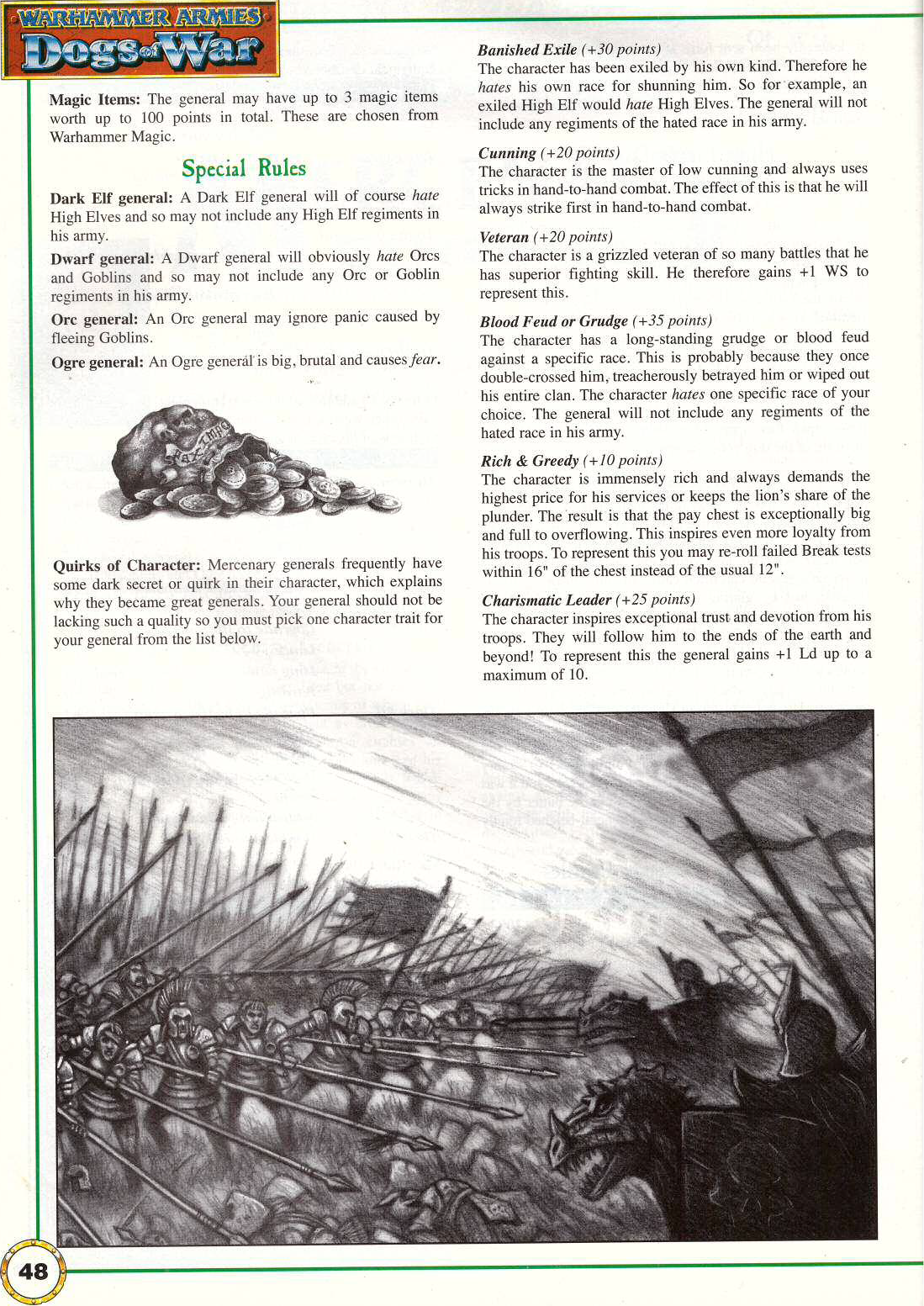 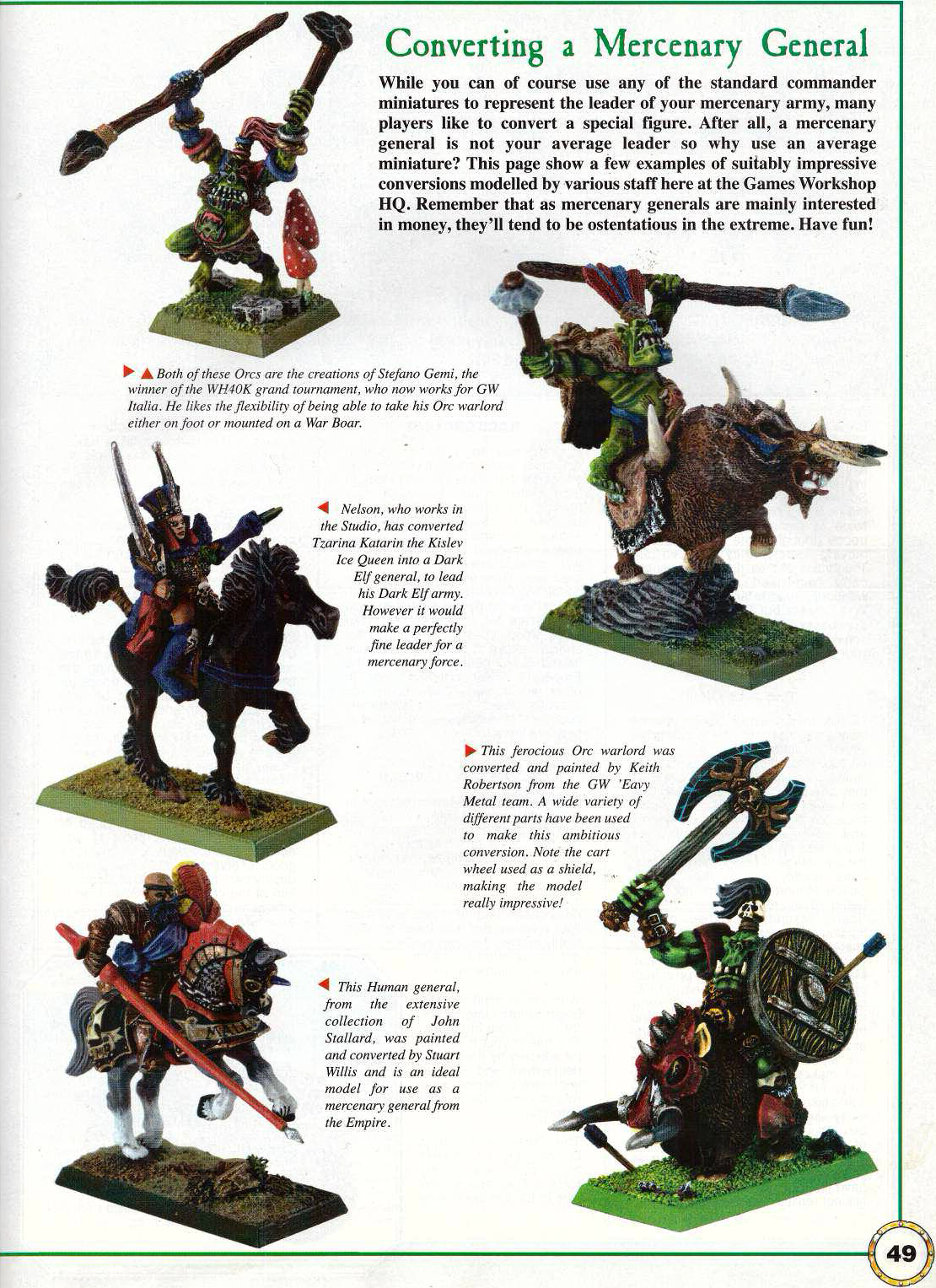