I'm a big defense guy. I really love to have huge fights and campaigns that last forever as I just let the AI grow more and more tyrannical, evil and monstrous.
IT allows for super sieges and massive defensive battles.

First off, AI's too "smart"
Dont laugh. You know what I mean. It no tactical genius but it knows when it can win and when it will most certainly lose.
My issue is this very fact, becauseI never took issue with the dumb AI of older TW's. Because in Rome 1, MTW 2, Napoleon and Empire, the AI attacked me no matter what. Just took it's 20 stack armies + reinforcements and zerrged me like it was the Blitzkrieg of the early 20th century.

I loved it because I never fell asleep on the campaign map, but just spend the necessary time fortifying them strategically, and moderately based on my economy's capaiblities and then watched my super armies do what they do best.

In Warhammer this is outright impossible except for that rare fight where the AI goes nuts and just zergs you for ?? reasons or amasses like 3-4 full stack armies to attack you. Sometimes this is so absurd that it sends like 5000 orks at your garrison simply because there's a lvl 1 mage lord inside. But refused to do anything at all when this mage hero had a small bodyguard of 5-6 units.


It is very tiresome, CA. And while I'd love for the AI to stop registering the outcome of a battle before it even lays siege, since it ruins my game entirely, thats simply something other players like.

Therefor I'd like to be able to directly build my own garrisons and have them on standby, thereby giving me the option to use my favorite units or combos for defense instead of relying on absolute garbage peasantry as the AI is crying of laughter, denying me a battle till I ...well... stop defending my fully upgraded city that is very valuable but it wont attack till I leave.

So. TLDR: Please let me modify / build my own garrison.

And if for future reference, please return to older TW settlement defense styles too. Modify the AI to care about defense and outright enable a toggle button that turns off the entire garrison feature across the whole game.
This of course means buffs and changes to economy and AI mentality which is bigger but I just miss when the ENTIRE strategy gameplay was left to the player.

Not up to 2 buildings you create and forget about.

If my economy allows superb armies for defensive purposes the game shouldn't break because of it.
Sadly however thats exactly what happens because the AI will simply not commit to battle and just run around raiding my land till I come out and chase him away.

I just wanna play 15-20 elites vs like 60 AI army stacks and watch the carnage unfold as it throws its humoungous armies against my elites.
it was my favorite thing to do in older Total Wars but Warhammer it making it so damn difficult.

And before anyone says it, I've tried a wide variety of mods and it hardly ever helps the main issue. Im trying another one recently that just gives more troops to garrison from any military building you create but it's again not giving power to the player.


So. Please give us this feature. If anything just let me build my own garrison if my economy allows it and please ensure the AI wont chicken out.


Please give me Total War! Not Total AFK!


P/S an important note. The AI is very aggressive when your army completely sucks and the balance of power is equal to uneven in its favour.
but the moment the game progresses deeper and your legendary lords get their army buffs and more, the AI calls GG WP before ever seeing you within a kilometer. And the only way to enjoy your super army is to chase it down instead of getting some gameplay variation and enjoying some defense.

Some will argue it's smart AI behavior and is important for the AI not to commit suicide and what not.
But how much fun is that later on in the game when it results in the AI in the Warhammer universe spamming you for peace constantly, lest it just raids your back yard and taunts you like this : 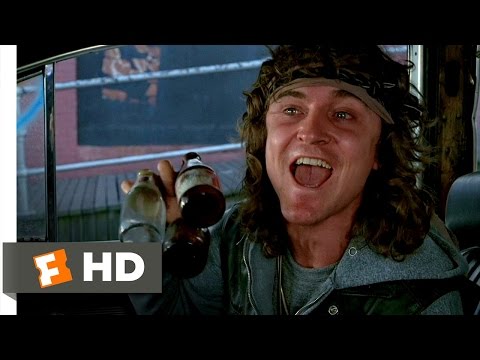 Thanks for reading. I hope we can get more control over this feature.
Tagged:
Flag 0 · Like