Oxyotl doesn't get a unique rite, first DLC since P&W that doesn't add a rite to the WH2 faction.

Forumaccountkroqgar Registered Users Posts: 869
July 7 edited July 7 in General Discussion
Just saw loremaster of sotek playthrough of Oxyotl and when he goes to recruit a slann, Oxyotl has the vanilla rites. Every DLC (and most FLCs, or maybe all FLCs) have added a different twist on the WH2 rites for their factions. Some factions have even gotten two different new rites or upgraded versions. 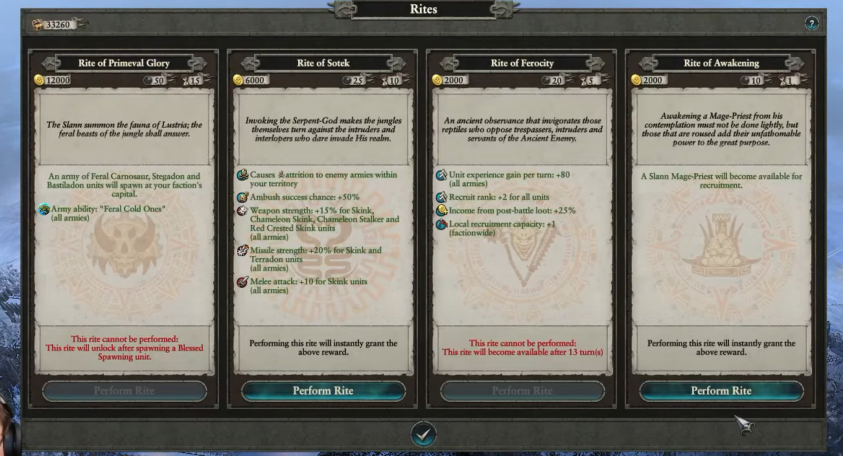 It's not even that hard to come up with something: Rite of ash and echoes (based on the names of two cities asociated with Oxy in lore) lizardmen armies are covered in smoke and magic, units with stalk get unspottable and you get to use holy stela in battle for five turns. Replaces the rite of ferocity.
Justice for the scalies!