twohundredandone Registered Users Posts: 66
July 14 edited July 15 in Feedback & Suggestions
The Silence & The Fury DLC add a new Lizardmen hero, the Skink Oracle, but Nakai's buildings and faction abilities were not properly updated to increase capacity and allow recruitment. Only Nakai himself is able to build a building which increases capacity for Skink Oracles and allows recruitment (the Exalted Star Chamber). All other hordes are not able to build anything which allows recruitment or increases capacity. They have buildings for Skink Chiefs, Saurus Scar-Veterans, and Skink Priests (ex "Altar of Enlightenment") but nothing was added for Oracles. 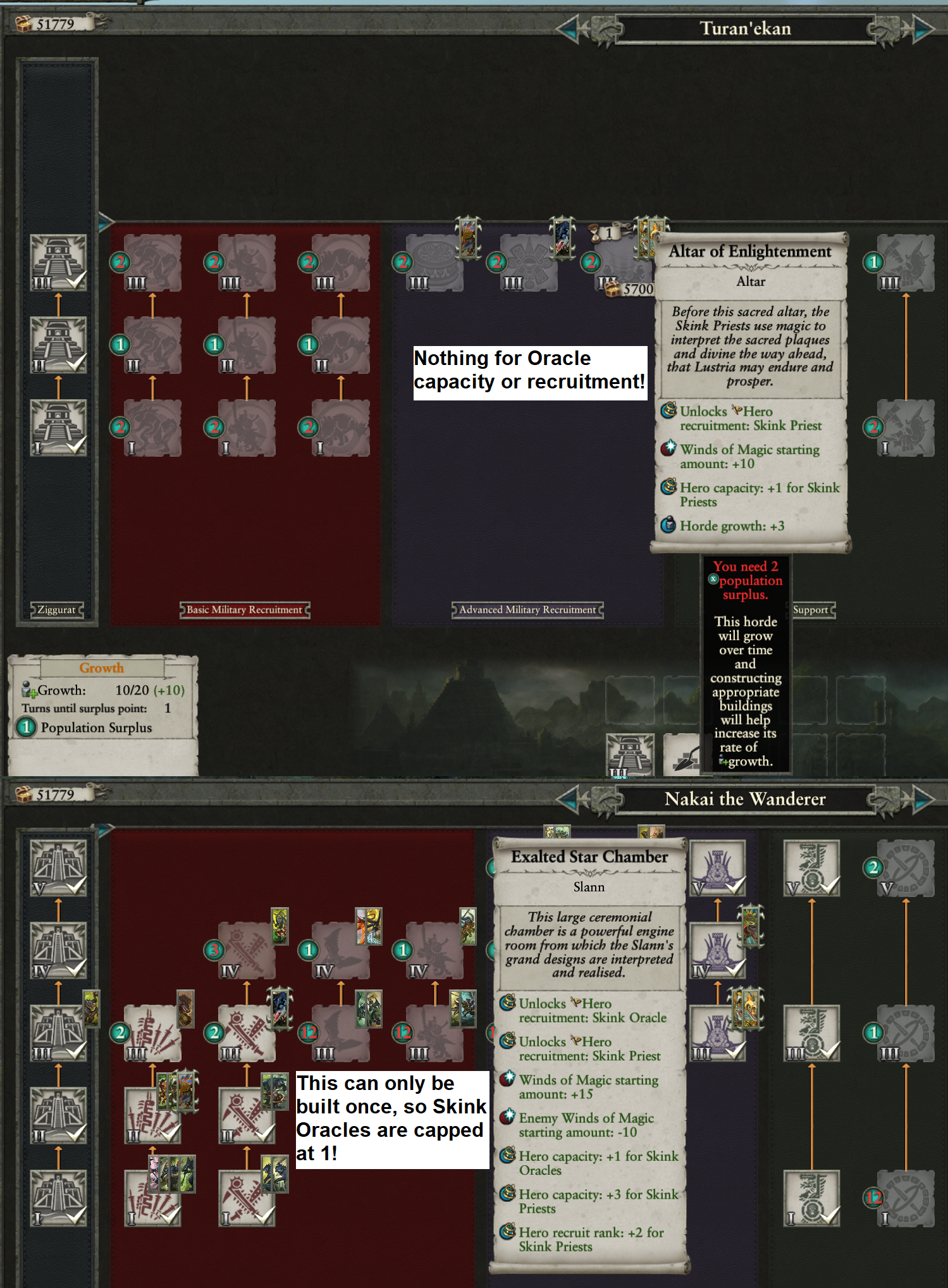 Similarly, the Spirit of the Jungle campaign abilities (ex "Skink Priests of Distinction") which increase hero capacity and allow recruitment were not updated either, so you can only increase skink oracle capacity by 1.

Nakai (Spirit of the Jungle) needs to be updated for Skink Oracles. There are two paid DLCs, they should work together. An easy fix would be to update the buildings & abilities which allow skink priest recruitment and add skink oracles to them.

I also saw that none of the non-Nakai buildings were updated, so they cannot reduce the global recruitment duration of new units: 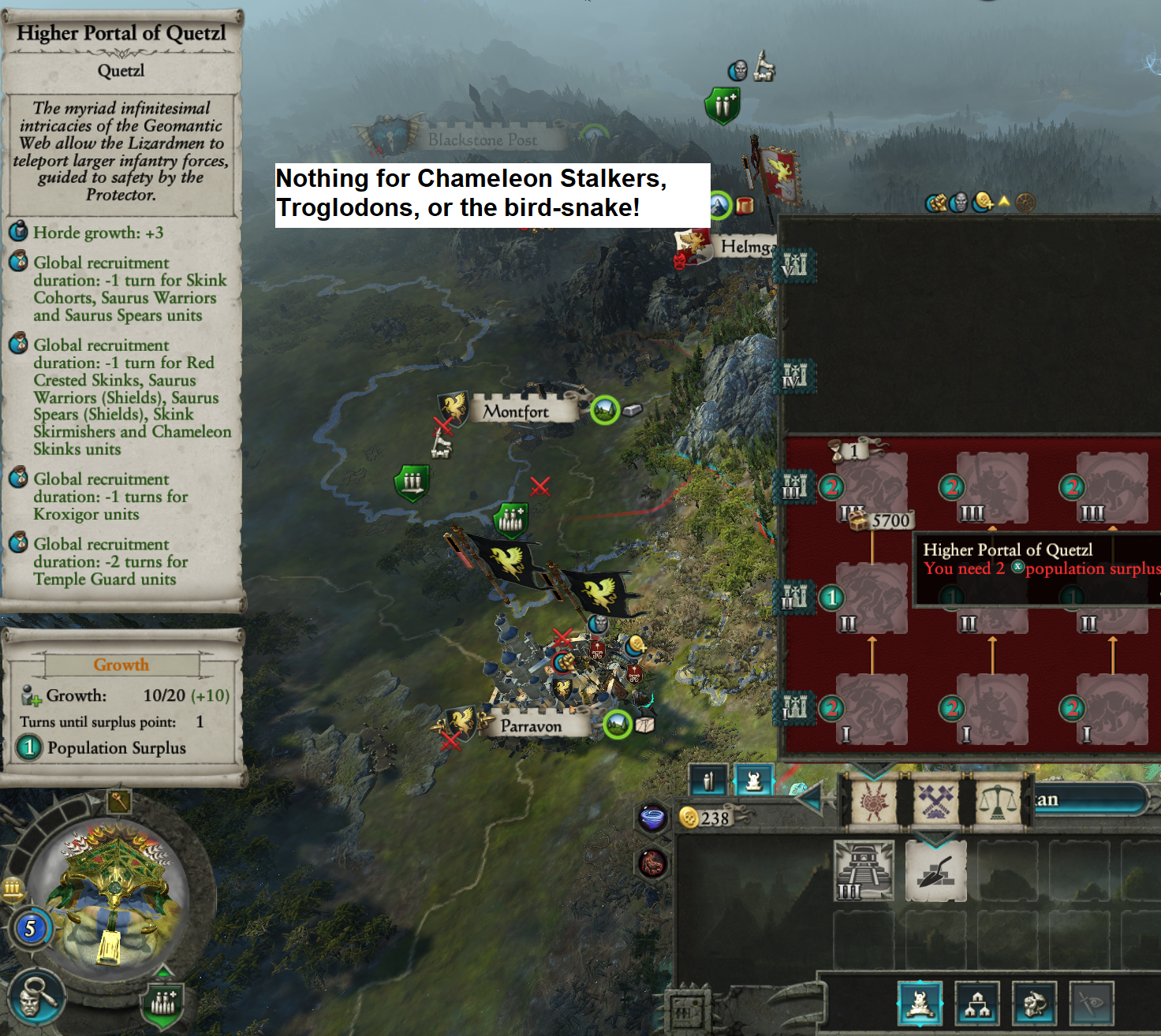 To sum up, none of the non-Nakai horde buildings were updated, neither were any of the faction abilities for hero recruitment.
Post edited by twohundredandone on July 15
Tagged:
Flag 2 · Disagree 2Agree