On paper it should immediately cause attrition, when besieging enemy settlement (for Snikch's army only).

In reality in addition to that, it halves your total labor force, almost destroys labor force available per turn (it dramatically affects siege equipment construction time) and increases siege holdout time (more than twice) for your enemy. And worst of all, these unintended effects (shortened labor force, prolonged siege holdout time) are applied faction-wide (without benefit of immediate attrition).

This is what siege looks like without picking this talent: 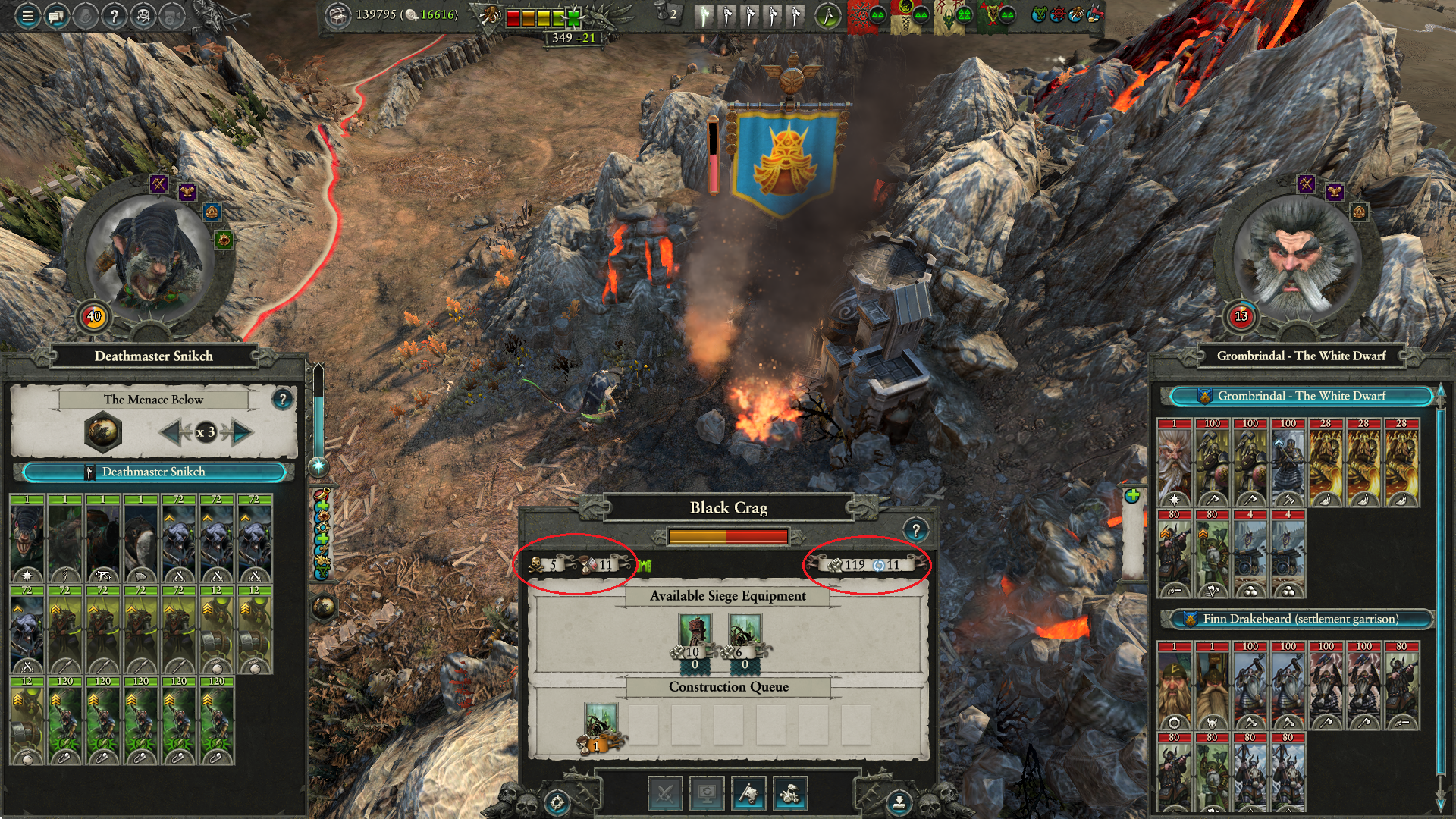 This is the very same siege with this talent picked (note that building Battering Ram takes 3 turns): 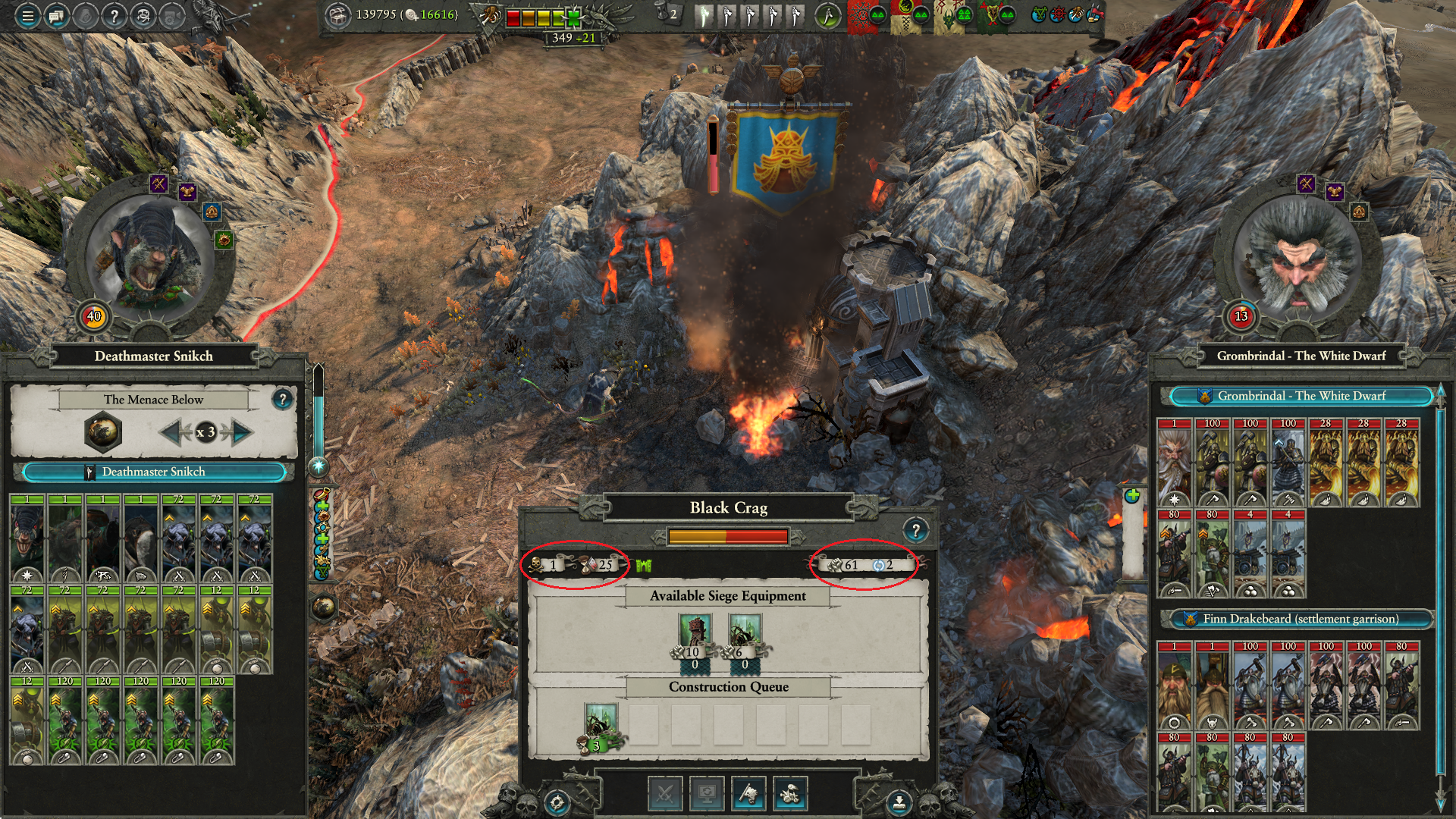 There's workaround though. If you'd quick-save at siege screen, then immediately reload this save, siege would look like that: 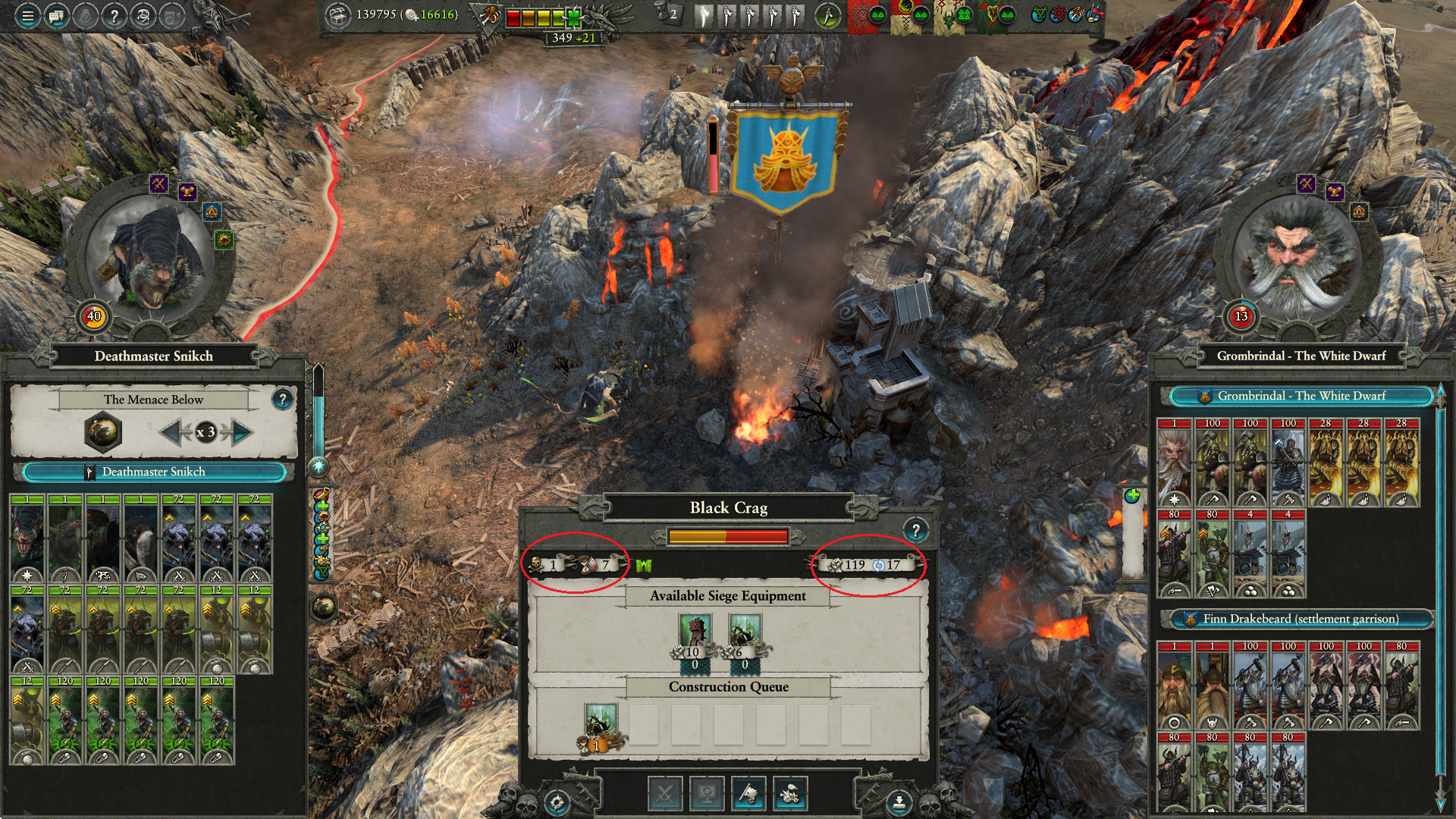 It's not that big of a deal, but I'm sure it shouldn't be working like that.
Tagged:
Flag 2 · Disagree Agree