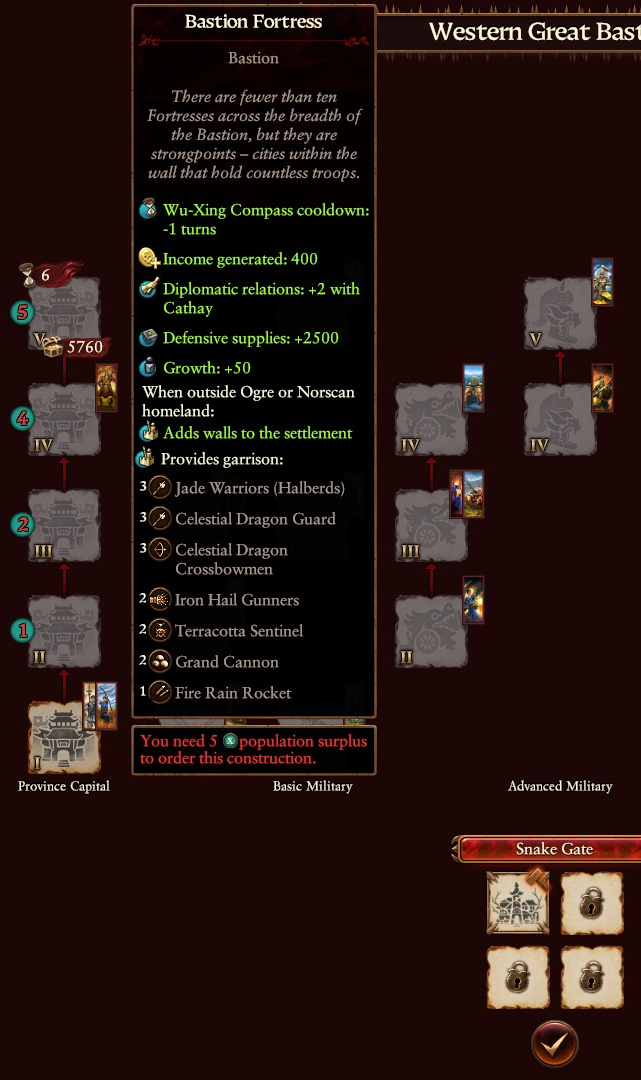 Here is the building chains. Interesting that blunderbuss is at 2 with jezzails at 3. This is a tier lower than VCoast.

Also if you look closely you can see that there are 2 tier 1 basic military building. The right one should be peasant riders while the left one should be jade with sword shown here: