Robosoldier1 Registered Users Posts: 194
December 2021 in General Discussion
Taking another look at the Ogre roster. I got to say the Gnoblars look waayyy too similar to Goblins, even going so far as there simply just using the goblin models/animations 1 to 1 but with a bigger nosed and more gremlin like ears, I get there like a inferior cousin to the Goblins but this is just a bit too on the nose.... literally. Overall I'm not trying to be nitpicky here but ideally I think if were getting creatures that have been distinguished enough for purposes in universe and from a factional sense. I think they can reflect differences behaviorally ingame.

For example why are the Gnoblars holding their spears in one hand? Its as if in an alternative life aka a goblin they would also be carrying a shield? Hence why its just empty and they aren't just 2 handing the thing. Or why are the Gnoblar trappers moving and acting very in synch with how nasty skulkers do? Why do they have 1 to 1 the same crooked curved weapons as night goblins when they should be reflected as using whatever broken and salvaged looking crap they can get their hands on.

I get Gnoblars aren't the centerpiece for Ogres. But whenever you think of Ogres the next immediate thing in their proxy is the Gnoblars. So having them be a bit more standout for their own sake would be preferable. Video reference below for motions in action makes it a bit easier seeing the same movements (both units are in like the first minute). 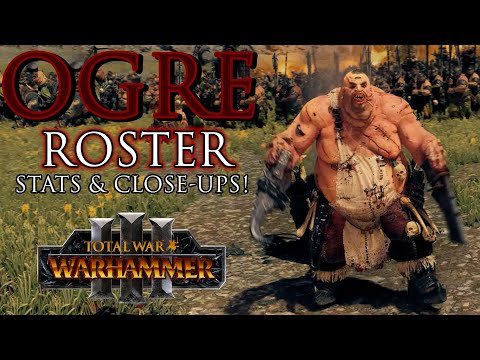