Okay, so I have 2 ghost mods appearing in Rome 2's mod manager and they are affecting the new mods that I made for the game. I made sure to delete these mods from the data folder of Rome 2, however, these mods are still present on the mod manager.

I gave my mod its own named pack file, for example, "oneTwoThree.pack". When you go to launch the Rome 2 game, it brings up the launcher and mod manager, and the file that I made shows up as the name of this ghost mod that no longer exists. My mod also isn't working. I made 3 or 4 different test versions and none of them are working, despite having no errors, or crashes. They simply aren't loading into the game. 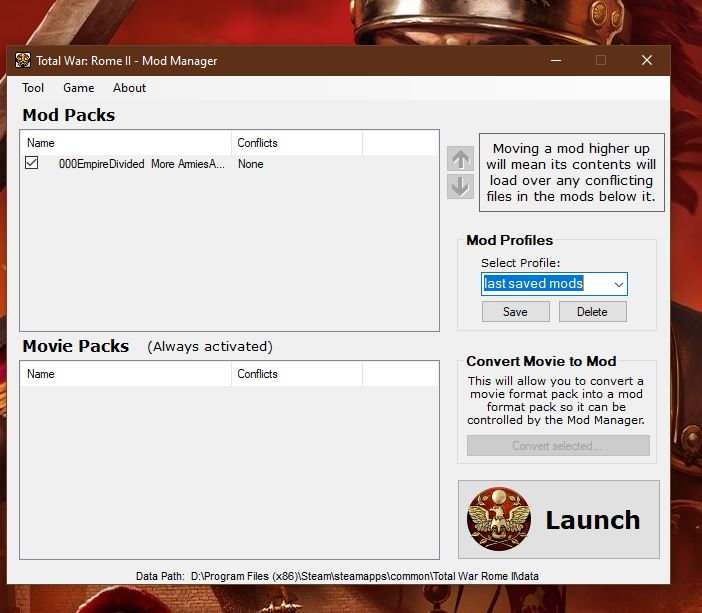 This is one of the mods that I made as a test, and for these ghost mods, it gives me the option to upload them to the steam workshop but instead of it being under my files name, it's under the name of this ghost mod.

The issue now shows that I have 4 mods. But these mods are no where to be found in any workshop folder or data folder for rome 2 and they simply won't go away. But the manage is saying that these are my mods when they are not.

Does anyone have any tips or ideas on how to solve this? I verified the game files hoping it would fix it, but no, it didn't change anything. If you have further questions about my issue, please ask. This is the first mod that I'm trying to create.