Chaos Realms - possibilities for a Skaven (and perhaps not just Skaven) rework?

Cvejo Registered Users Posts: 114
March 3 edited March 3 in General Discussion
First of all, yes, I KNOW that the Skaven have received a lot of love. I know people would like more concentration on some other factions such as the Lizardmen (due to Oxyotl's role I expect changes are forthcoming naturally) and e.g. the Vampire Counts or definitely Norsca.

What I am talking about here is the possibility of using alternate portions of the map for the Skaven Under-Empire, with entry points like we have with the Rifts.

The Skaven Under-Cities are in my opinion rather poorly represented in the game and in fact they may be the only weak side of that race; I myself never cause rebellions (they take so much time to upgrade through the research that by then they're too weak) and maybe just blew up one city for the lolz. But the opportunities for a hole underground system and a more immerse gameplay are huge.

This is the map of the once rather popular Warhammer mod for Paradox' Crusader Kings II, as an example. 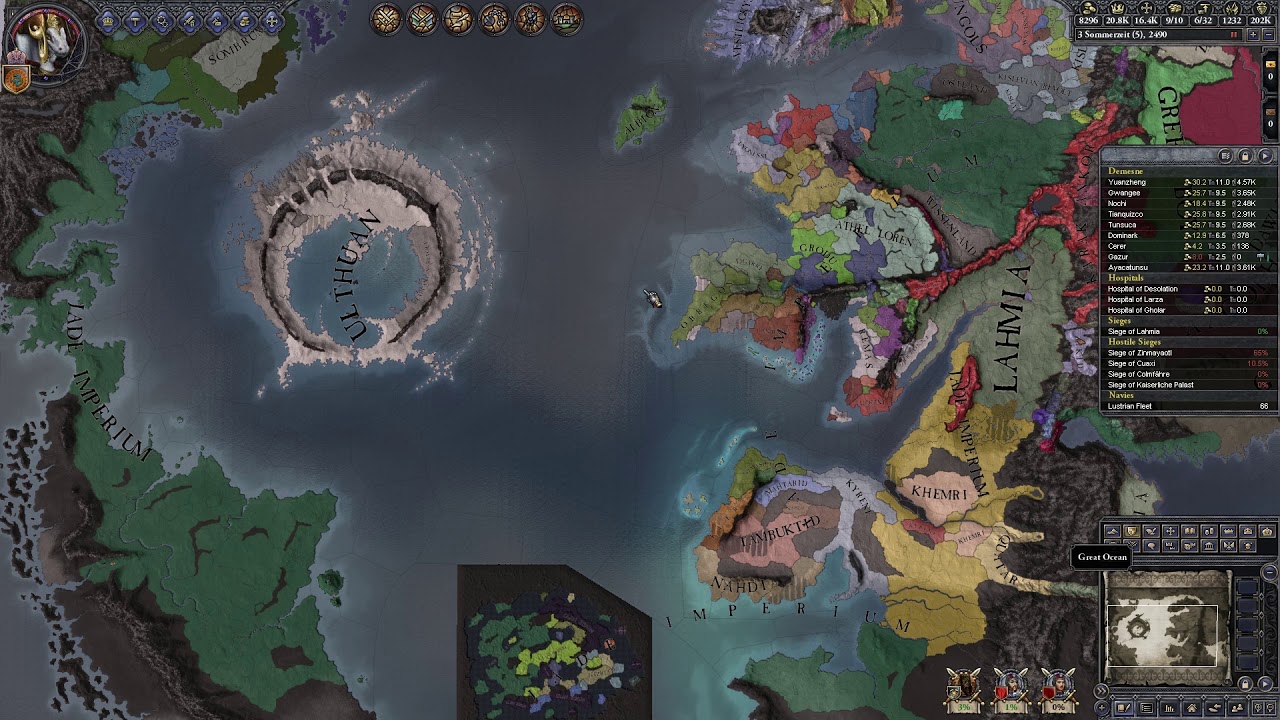 The Under-Empire has been here placed to the south, and it quite reminded me of the Chaos Realms in WHIII's narrative campaign. Around the edges of the mini-map are exit points that are scattered throughout the entire globe. Skaven thus are never really extinct if they're pushed off from the surface and it even opens up a possibility to push through into their Under-Empire to fight through the hoards of Skaven and use their passages (if one would be mad and brave enough).

This would really open up a ton of strategies for Skaven players; an incredibly interesting campaign with perhaps territories split across the globe, not having to rely on rifts to (ab)use them to teleport (and not being Wood Elves or Oxyotl).
Tagged:
Flag 2 · 2Disagree 2Agree