arthadaw Registered Users Posts: 2,075
April 16 in General Discussion
What Deamon/Non-Mortal units are still going to arrive for all the Monogod ? Non-counting LL and LH

I could see the Heir of Change for Tzeentch appear as a Hero choice, like a generic Changeling (Being able to change appearance and turn intangible 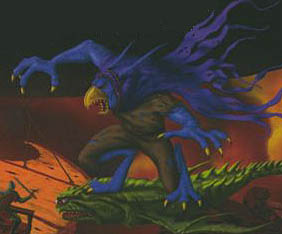