TheWattman Junior MemberRegistered Users Posts: 1,511
June 14 in General Discussion
This picture is interesting to me personally in a couple of different ways. Lizardmen are my favourite race in the setting, while Nurgle might be my most hated. Naturally then, this makes me download the pic to use later. But as I study it, I notice something odd. Please direct your attention towards the blue creature just above the crowd next to the Unclean One in the background on the left... 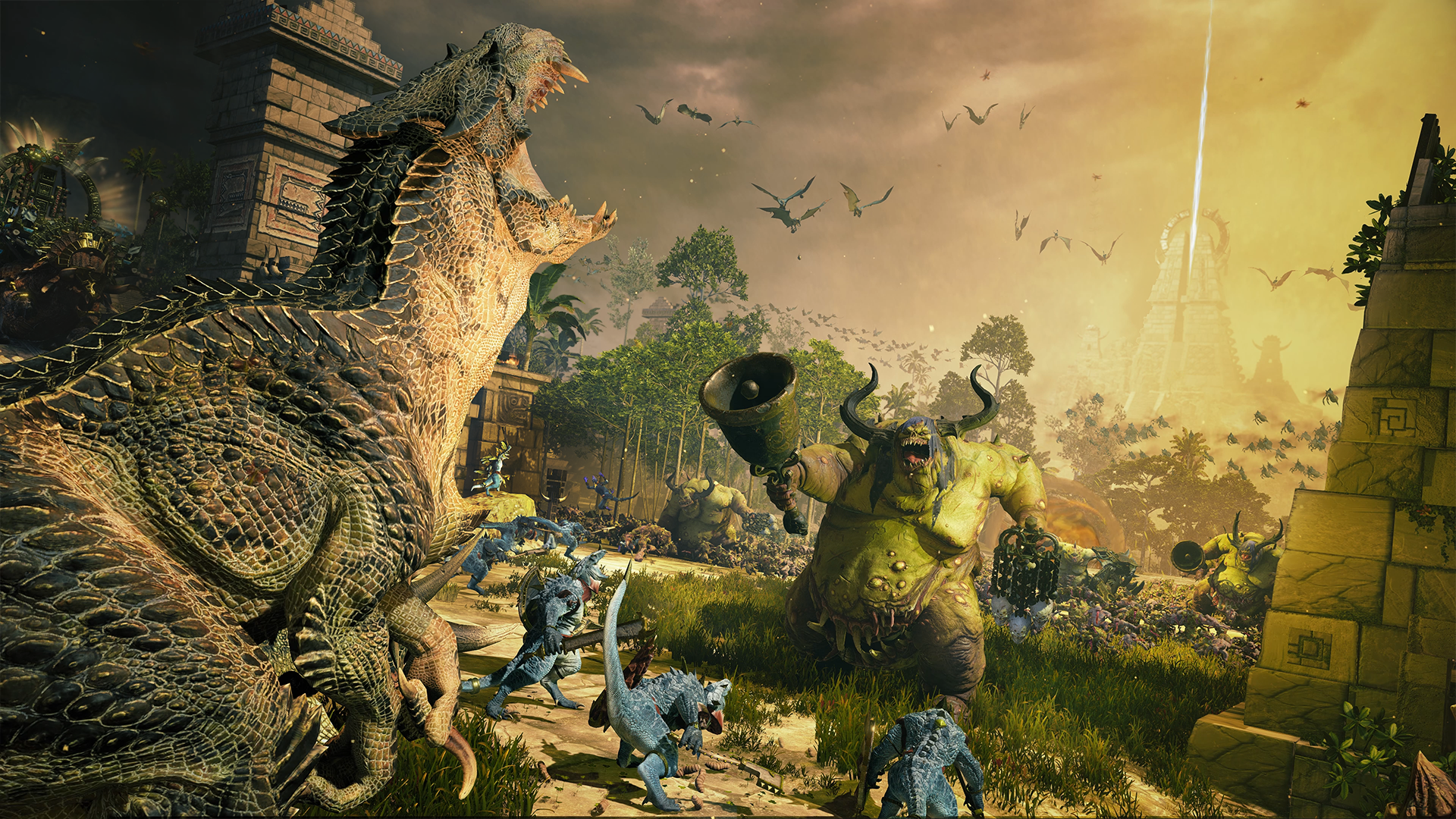 Here is it zoomed in: 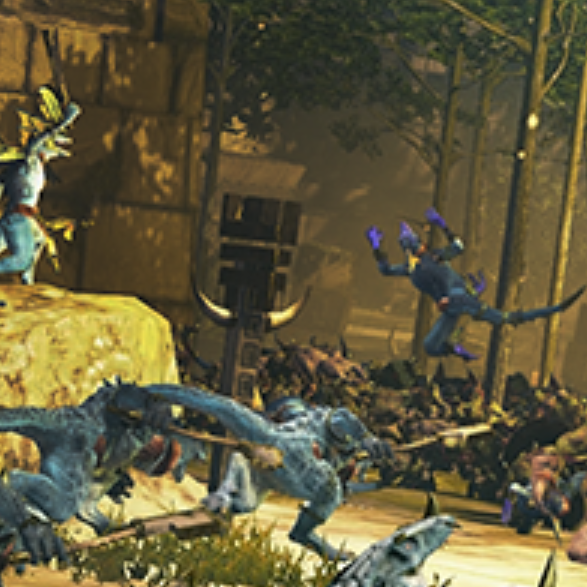 What is this? Since its blue, it would seem obvious in this context that it is some form of Lizardmen. Only the Lizardmen here, both the Skink Commander and the Saurus themselves, are light blue, while this unknown creature is more dark blue and purple. Another theory could be some kind of Tzeentchian, but number one they wouldn't join forces with Nurgle unless fighting with the Everchosen and two, it doesn't really match anything in the Tzeentch roster yet either.

What do you think guys? What are we dealing with here?
Tagged:
Flag 2 · 1Disagree 2Agree