when I played legion of chaos fraction and unlocked khorne's offering VIII after dedicating to Khorne. All the lords did not gain bonus movement range after any kinds of battle. The example screenshots below shows the my lord does not gain any bonus movement points after battle.

The save file is also attached. The game was originally run with 4 mods which do not make any significant changes. I am able to reload the game and keep playing without any mod. The save file is created without mods. The mods I used are: better camera mod, settlement capture picture, disable startup screen, one button respec.

This is the pre-battle screenshot: 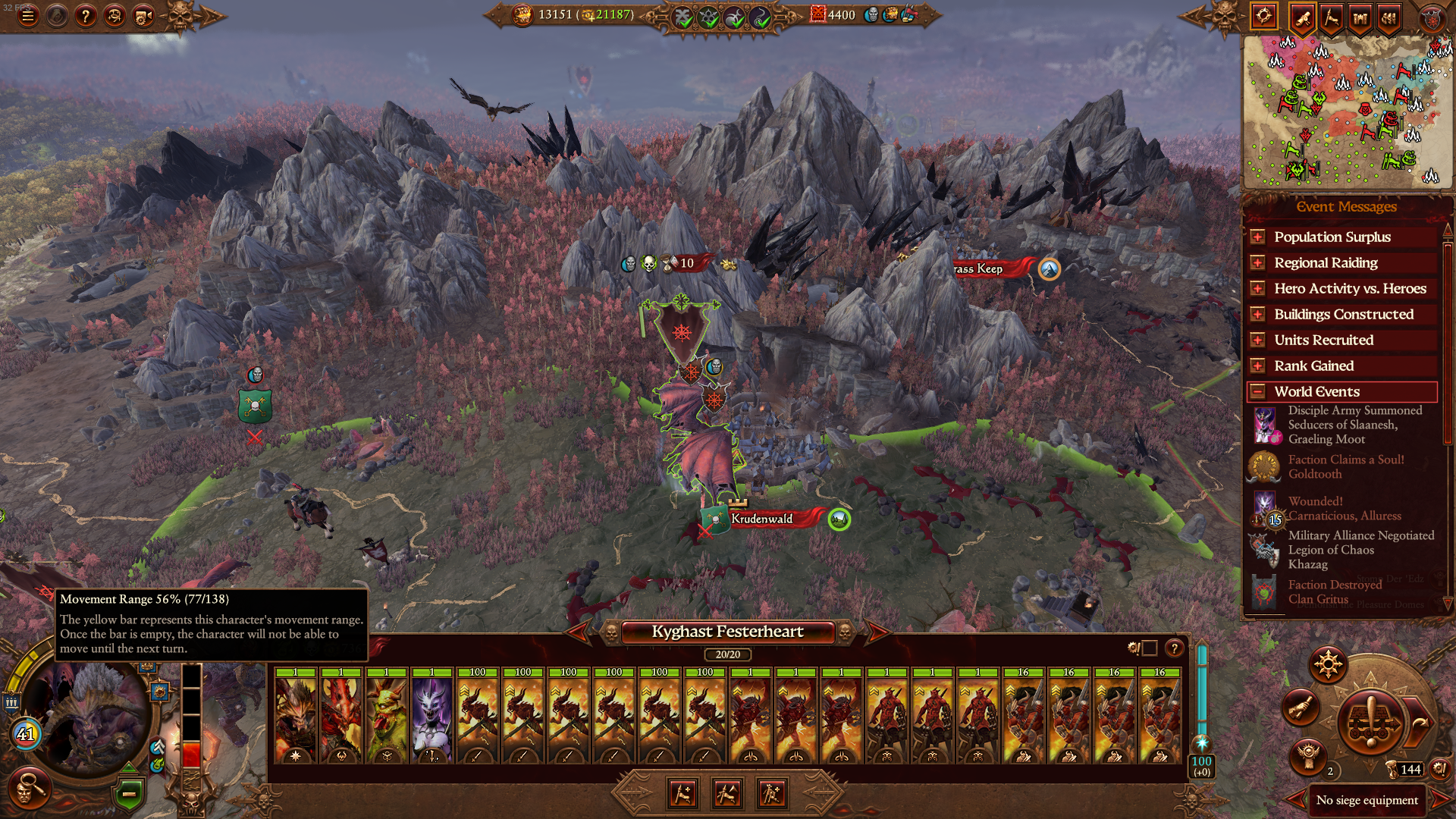 This is the after battle screenshot: 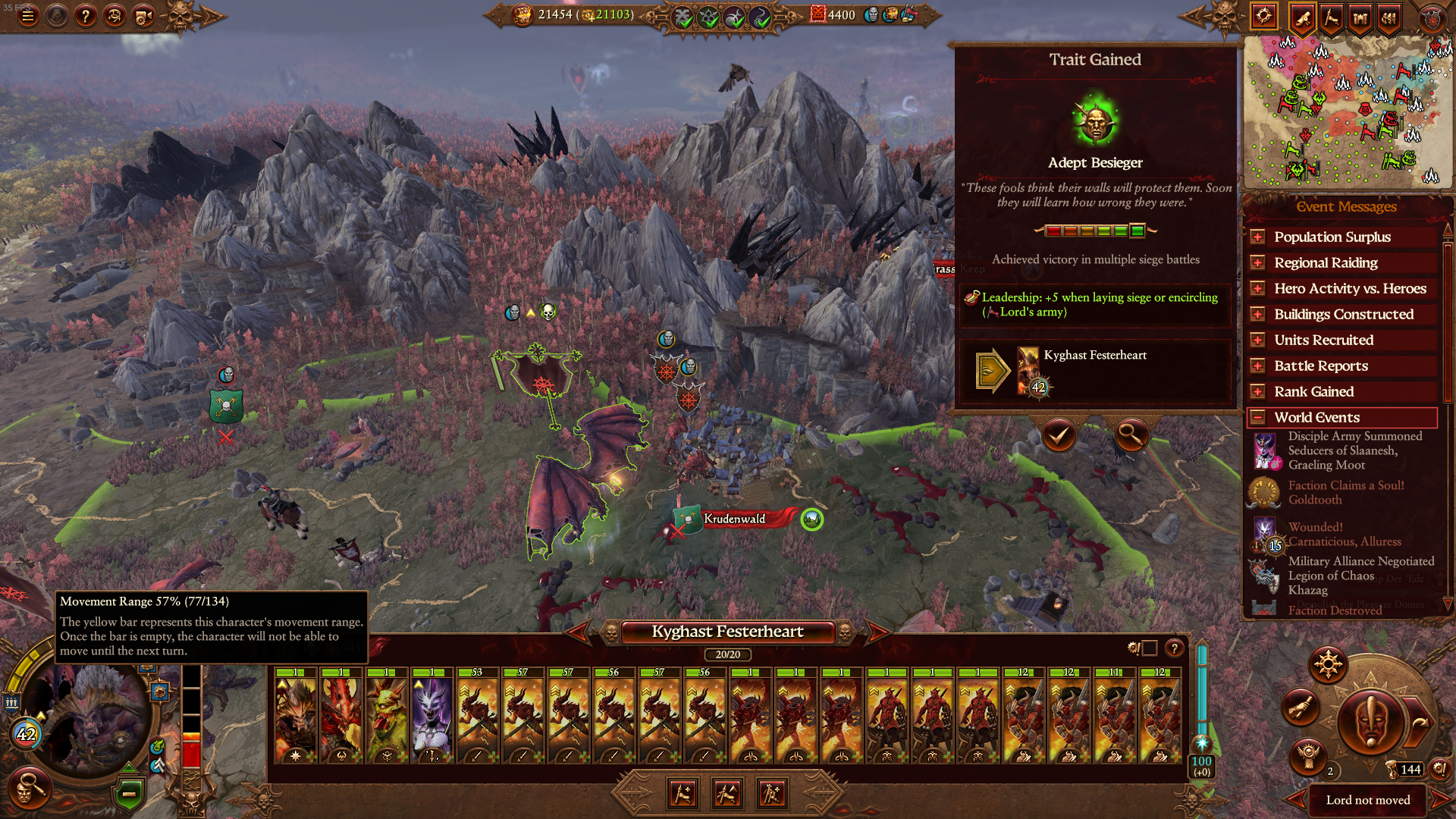