Nippon Army Proposal! What Army List concept would you like to see for Nippon if they are Re-make?

I bring some new army list proposal this time I prepared 3 army list for Nippon since I like the 3 Ideas but seem that would be difficult to implement in one army. 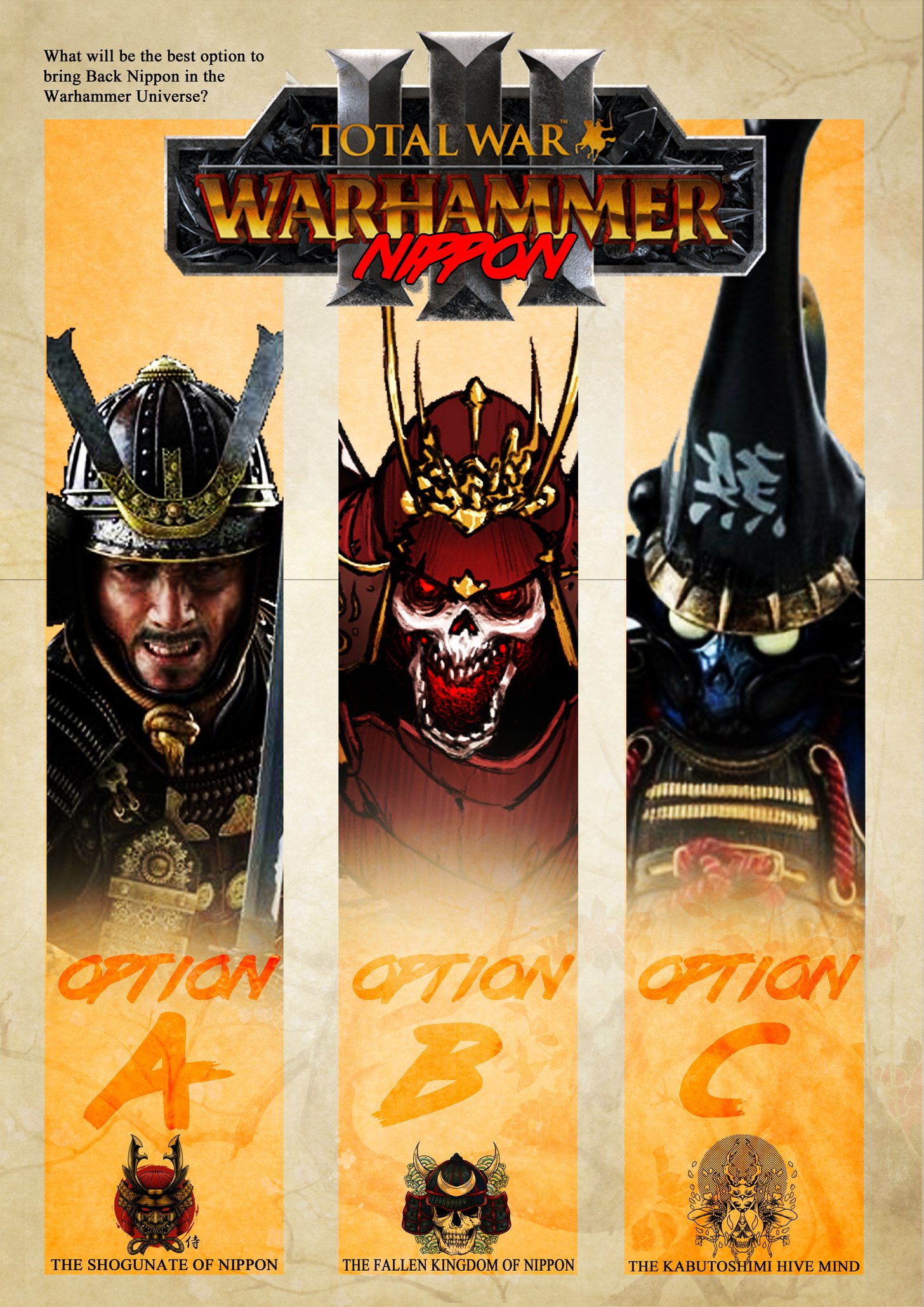 Option A
The Shogunate of Nippon! is basically the classical army list with a few twists like add wooden automatons (basicaly primitive robots) based in the ancient Japanese automat puppets as a bit more fantastical/special units. 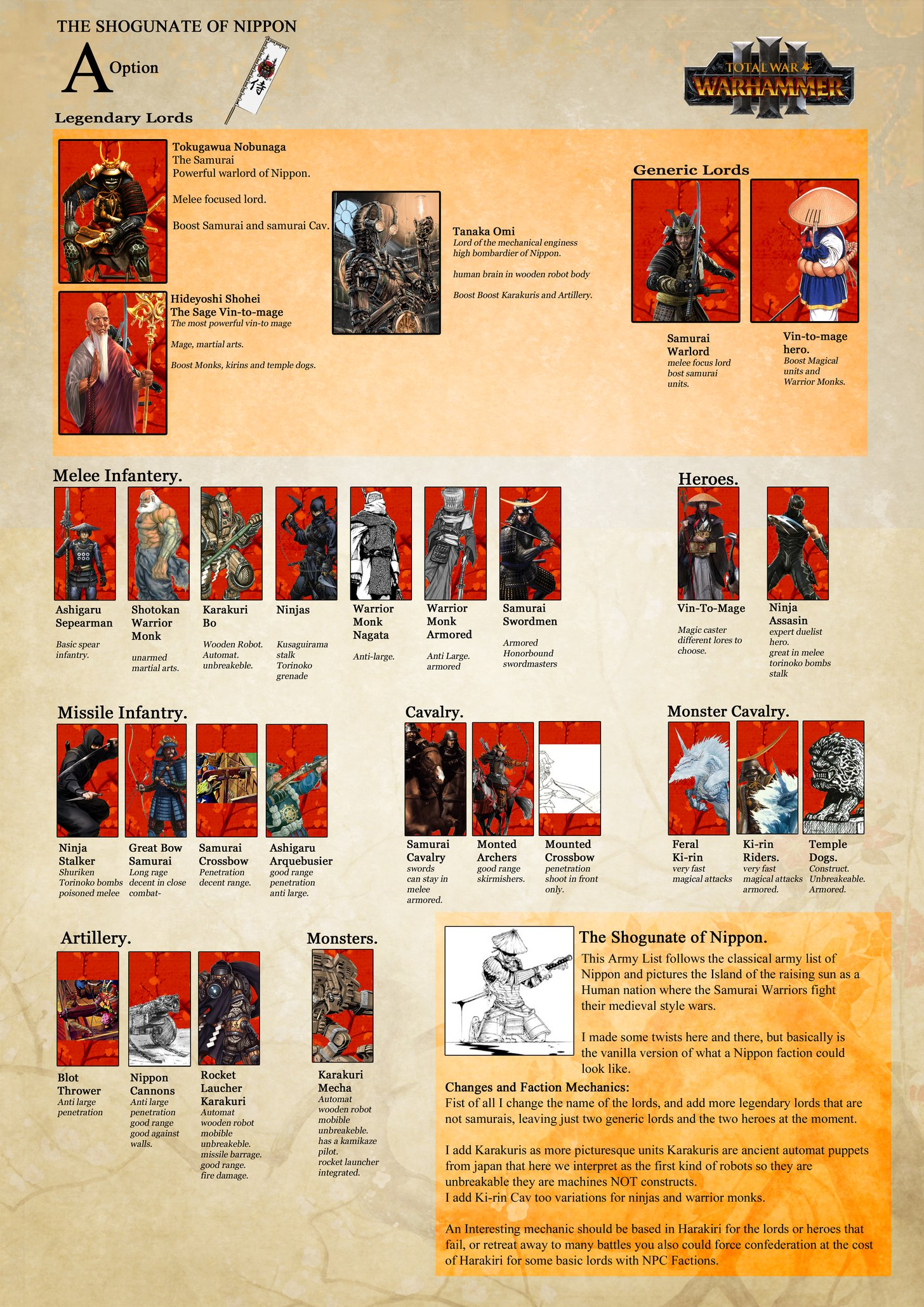 Option B
The Fallen Kingdom of Nippon is basically Yokai army list with undead units, the strength of this army is that has the mayor number of etherial units that the other undead factions, including monsters. 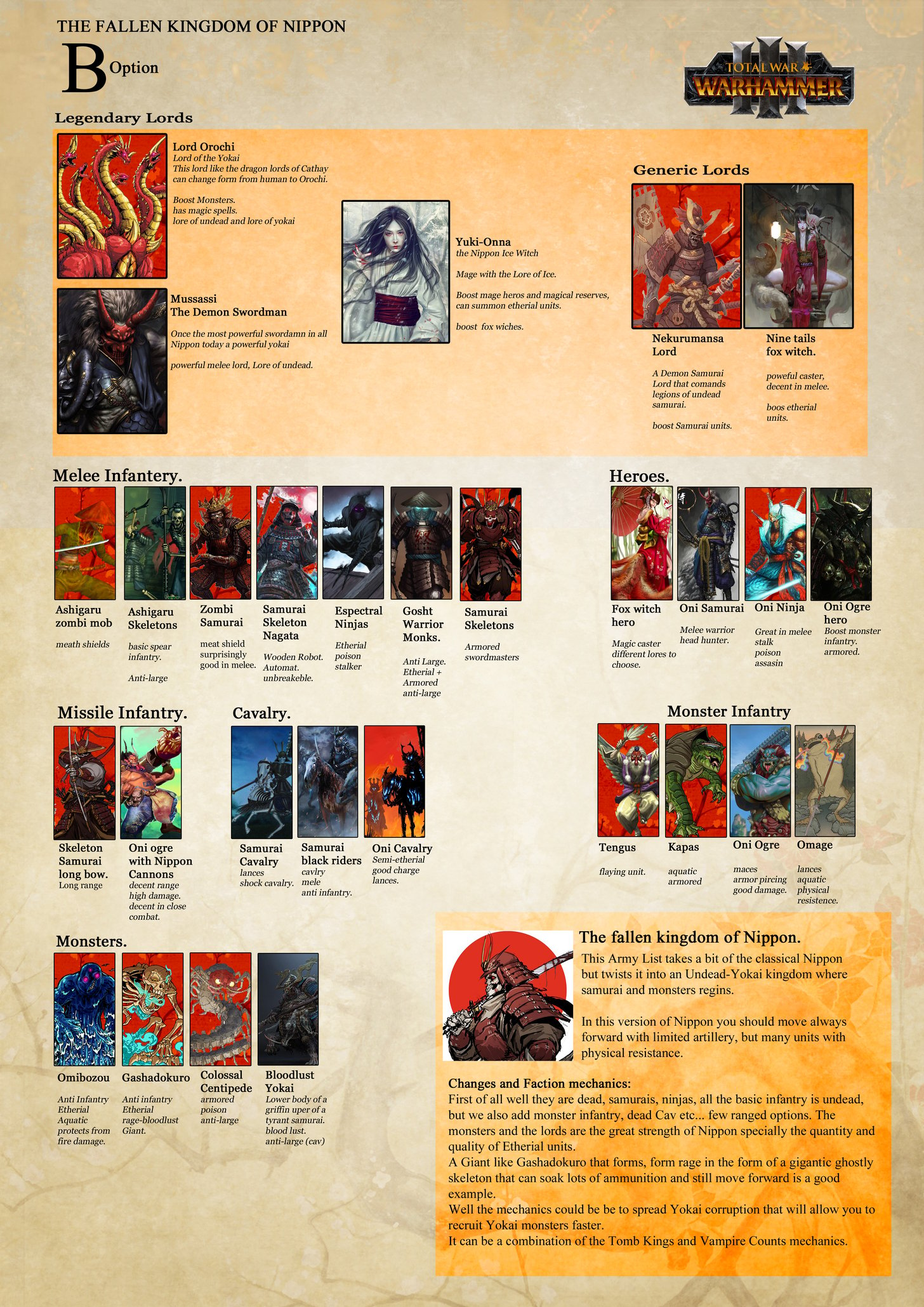 Option C
The Kabutoshimi Hive mind is a Insectoid race, since the samurai take inspiration from some insects for the armor, well here the insect are the ones that look like samurai, a bit softer tyranids? kind of. 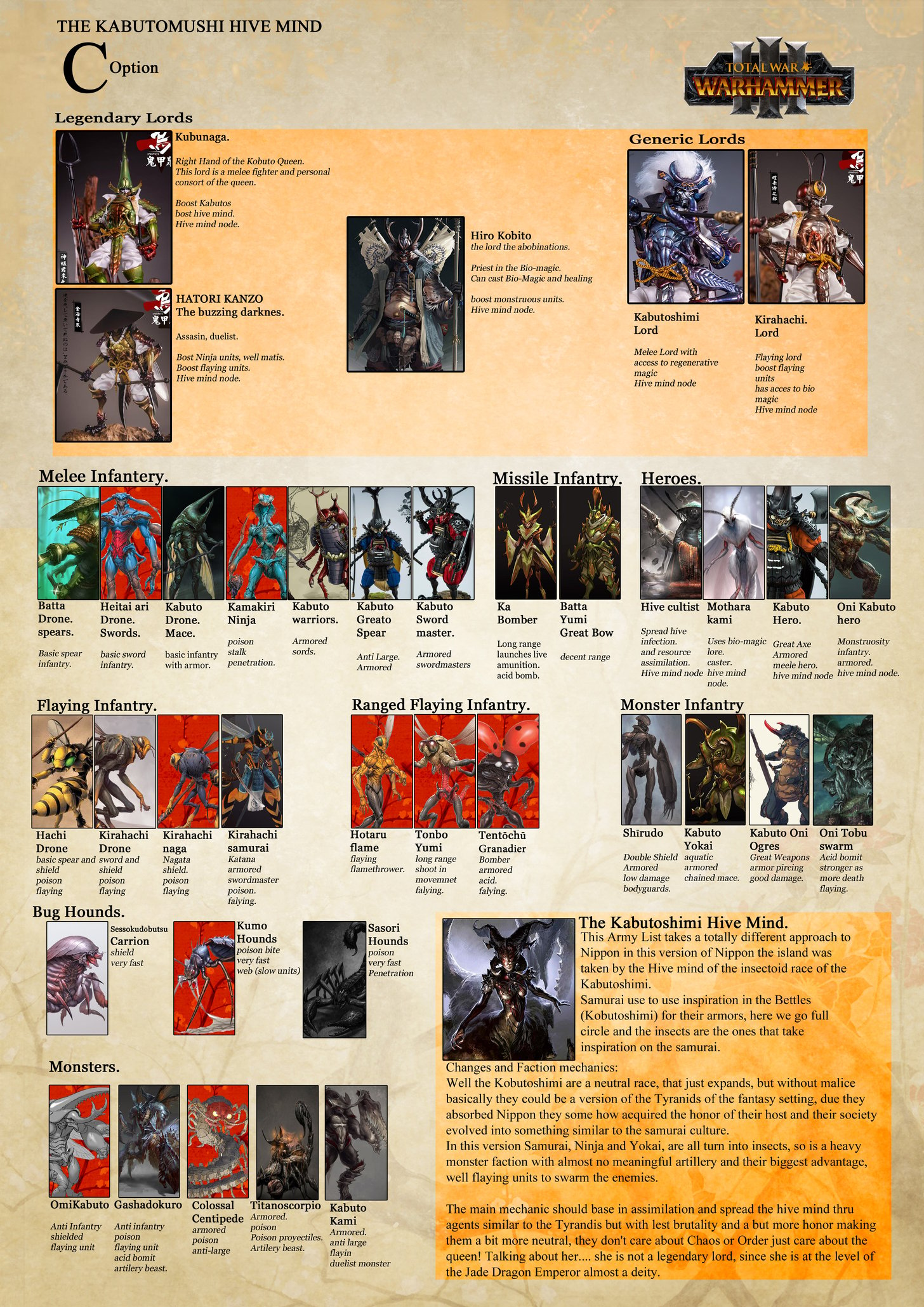 so which of this options will spark your interest in Nippon to be playable?

Nippon Army Proposal! What Army List concept would you like to see for Nippon if they are Re-make? 101 votes

The Shogunate Of Nippon
41%

42 votes
The Fallen Kingdom Of Nippon
37%