Fruchtzwerg21 Registered Users Posts: 1
August 30 in Warhammer III Immortal Empires Beta
Hi, I'm currently playing Chevaliers de Lyonesse in Immortal Empires campaign on v2.0.0 15717.2658933 and have a problem with the first quest battle where you have to help three dwarf armies defending against the Tomb Kings. There seems to be a bug because there are in fact only two dwarf armies on the battlefield. On the battle map at the pre-battle loading screen there are only two dwarf and tomb kings symbols but three three red and three blue zones: 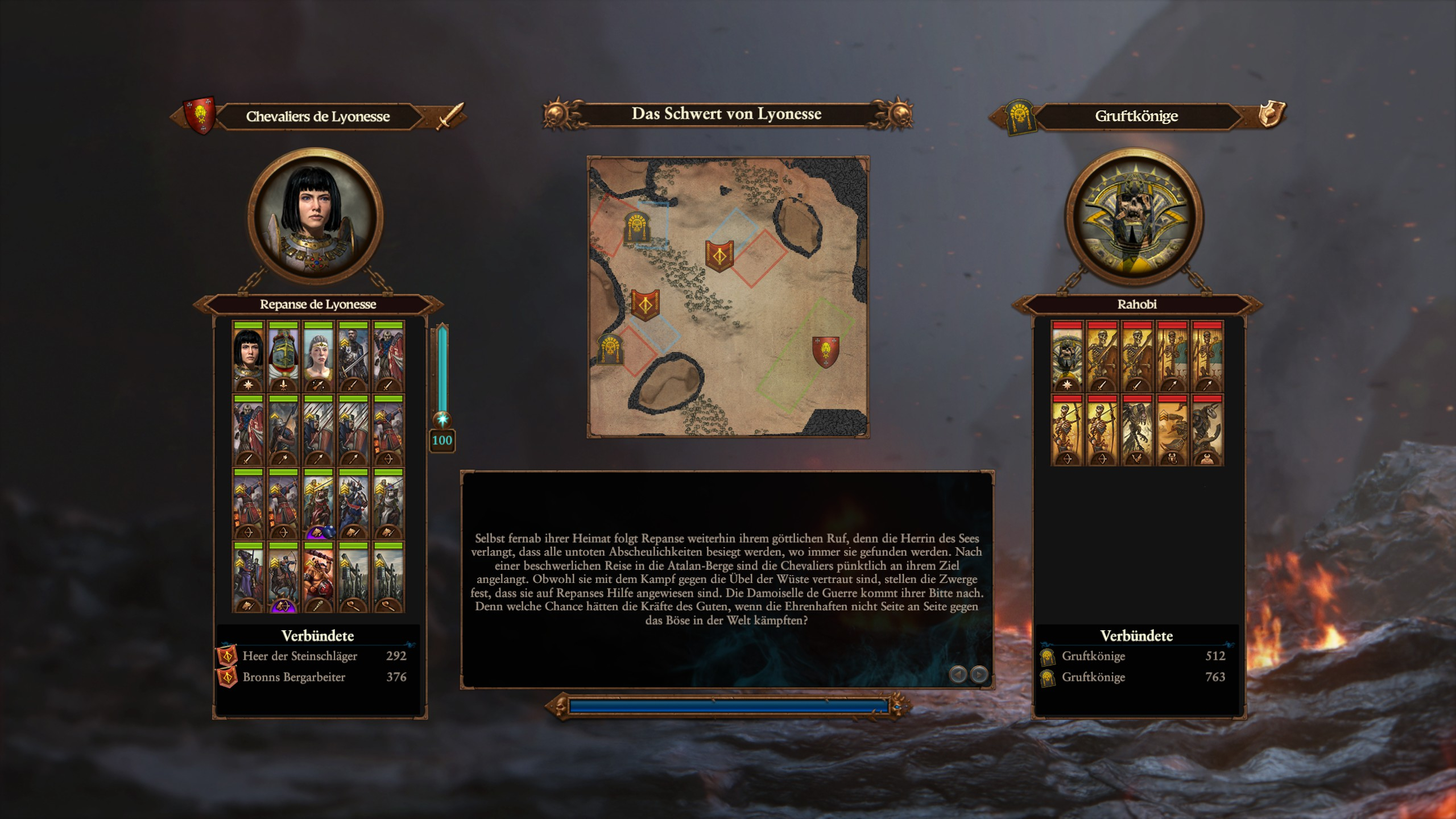 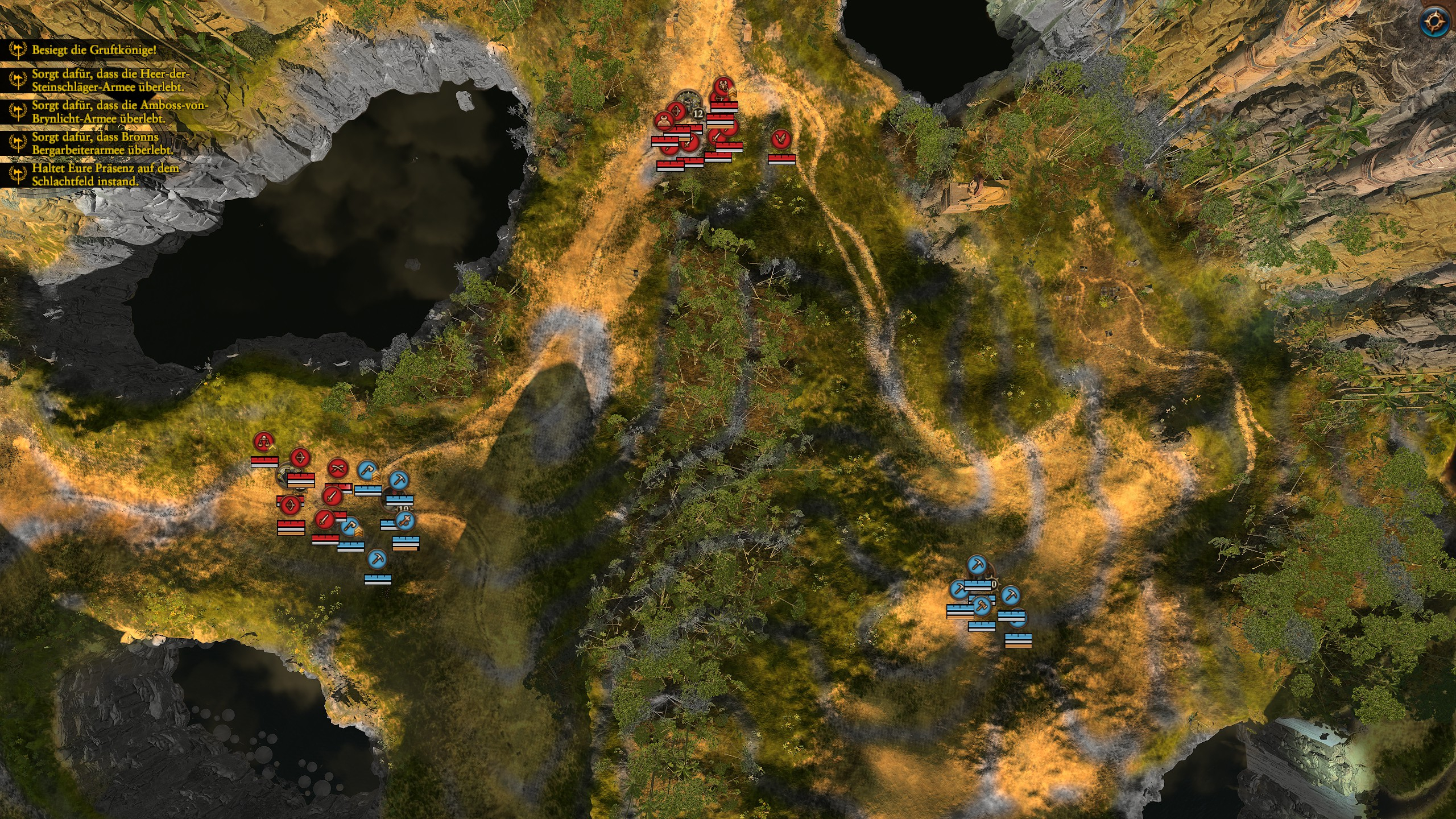 After I killed all of the tomb kings, the objectives on the upper left corner are ticked all at once but there's no victory screen coming up, so I can't finish the battle. Nothing's happening after that. Just some dwarf units running around randomly... So I can just wait until the time's up and lose. 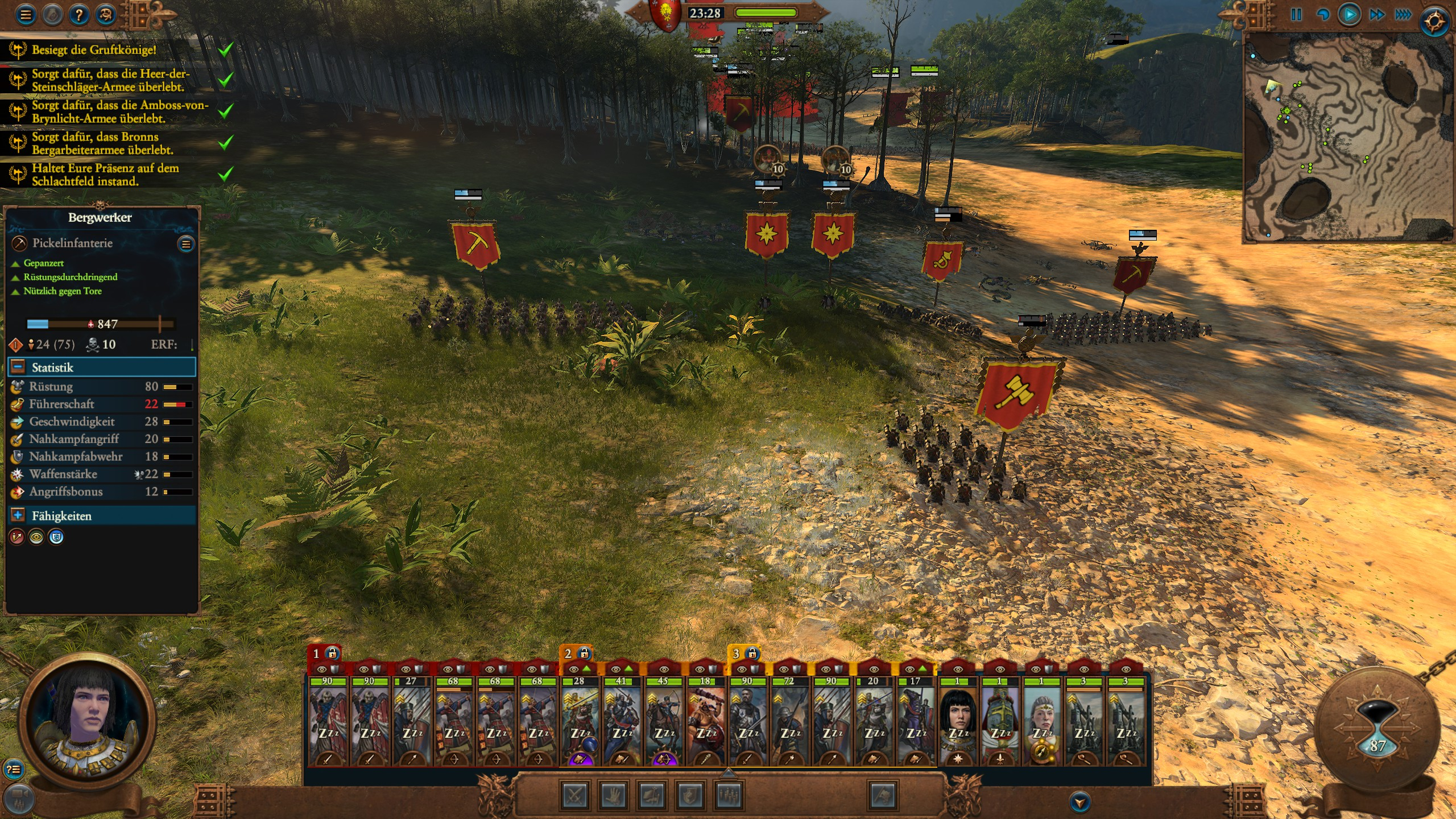 I restartet the battle multiple times but it's always the same issue. I also tried to use a smaller army because I thought there may be too many units on the battlefield but that didn't help. When I start the quest battle from the main menu with a predefined army there's no such issue. I attached my Savefile where I'm on the quest-battle screen.
I hope somebody can help me. Thanks in advance,
Benjamin