In ProgressNo AI control option available for your armies when defending, only when attacking

LanceLroys#1667 Registered Users Posts: 9
September 26 edited September 28 in Warhammer III Immortal Empires Beta
Well then, since the bug is still not fixed, despite having being reported several times and acknowledged by CA, I'll repost it here.
When several armies are involved in a same battle, it is possible to allocate control of our other armies to the AI when we are attacking, but this same control button, in the exact same situation and configuration, is not available when we are defending.

As you can see, no problem when attacking, the AI control option is here: 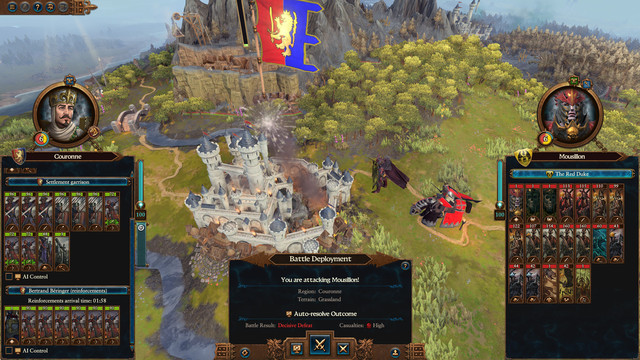 2/When Defending in the exact same configuration (same armies, same turn, I just decided not to attack and was attacked instead) 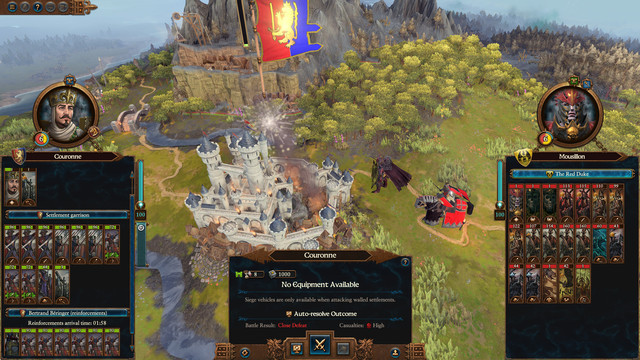 3/And this, so to make sure everyone sees what I'm talking about: 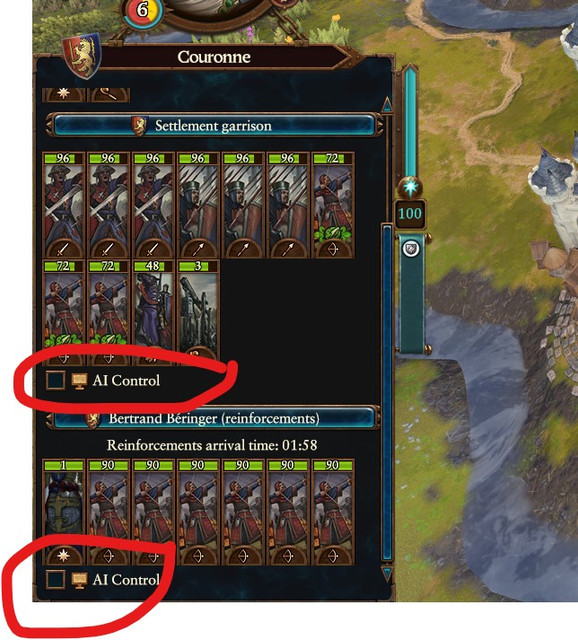 Is it that difficult to address?


*I'm running the latest version of Warhammer 3 (2.1)
*No Mods
*Had this issue since before the release of Immortal Empire
*This issue is present regardless of the version, the mods installed, and the situation in the campaign.
Post edited by CA_Dimitar#6718 on September 28
Tagged:
Flag 1 · Disagree 1Agree